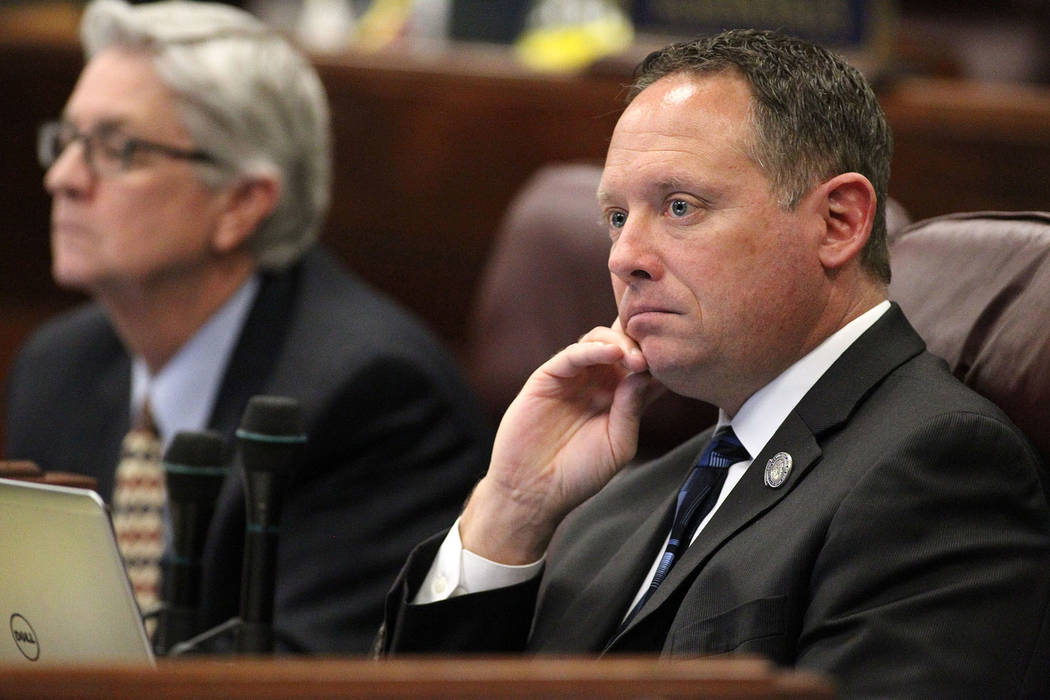 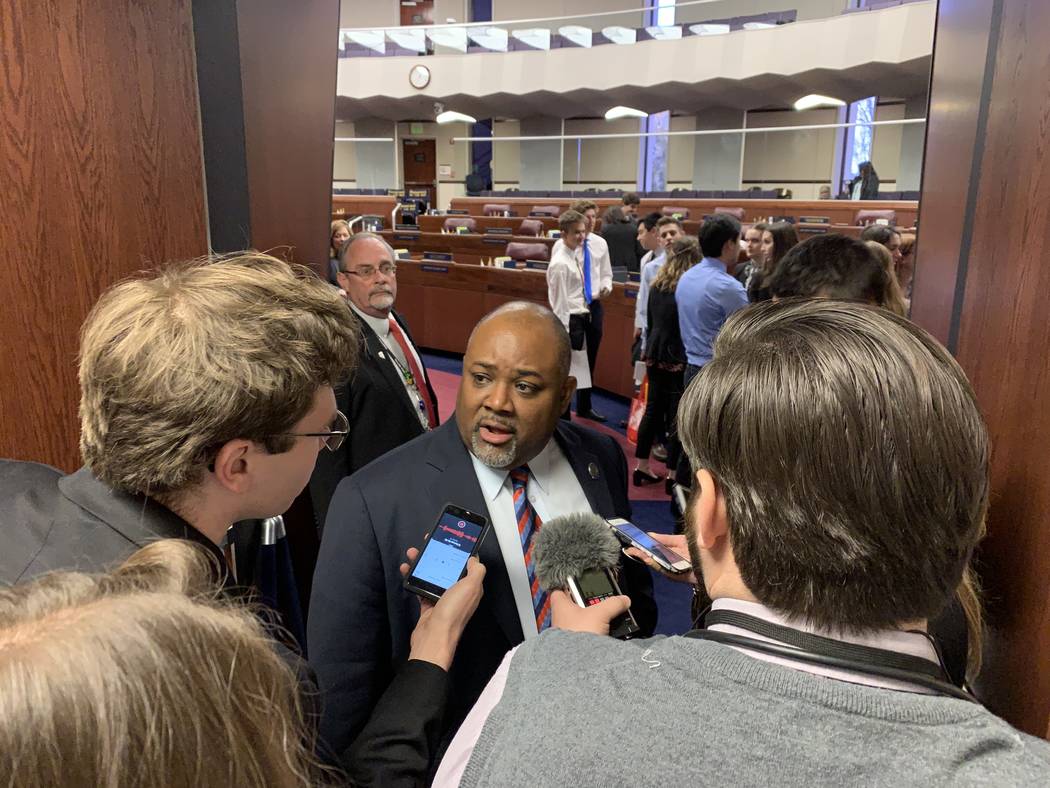 CARSON CITY — Four-term Assemblyman Mike Sprinkle, D-Sparks, resigned his seat Thursday after allegations of sexual harassment were levied against him.

“In light of the growing sexual harassment claims against me I will be resigning from my position as state assemblyman effective today,” Sprinkle said in a statement Thursday.

Sprinkle, who was first elected in 2012, vowed to “continue to seek therapy to better myself.”

“As for the claims against me, I am so sorry that anyone ever felt harassed or threatened by me. While that was never my intention, I am taking full responsibility for my actions and would never discredit the feelings or concerns of someone who felt wronged by me,” he said in his statement. “I will continue to seek therapy to better myself and can only ask for forgiveness from those whom I have hurt but mostly from my family who do not deserve what I have put them through. At this time, I ask the members of the press to respect my family’s privacy.”

Sprinkle is married and has three children, according to his biography on the Legislature’s website.

His name was on a list of “community leaders” supporting the No Means No, Ruben campaign, an effort to prevent former U.S. Rep. Ruben Kihuen from winning a seat on the Las Vegas City Council in this year’s municipal elections. Kihuen did not seek re-election to Congress after facing sexual harassment charges from at least three women. However, Sprinkle’s name no longer appears on the group’s website.

Assembly Speaker Jason Frierson said in a statement that he is “deeply disappointed” in Sprinkle’s behavior.

As for the allegations, Frierson said he was not aware of whether any formal complaints had been filed against Sprinkle as of Thursday morning, pointing to a new reporting process enacted last year for reporting sexual harassment in the Legislature.

In 2018, the Legislative Counsel Bureau contracted with the Sacramento, Calif.-based law firm Van Dermyden Maddux to set up an online portal and phone hotline where people could confidentially report sexual harassment within the Legislature. Those complaints go directly to the law firm, which conducts an independent investigation.

“Legally I’m not entitled, nor are they able to give me information about any allegations early,” Frierson said. “I’m unaware of them until there is a completed investigation.”

Questioned about the allegations Wednesday night, Sprinkle told the Las Vegas Review-Journal that he was not aware of any formal complaints against him, and he would “not comment on any rumors.”

Less than 24 hours later, he had resigned.

Gov. Steve Sisolak, in a statement, said he was “profoundly disgusted and outraged by Mr. Sprinkle’s reported abuse and misconduct.” He commended “the courage of those who came forward” to report the behavior.

Assembly Minority Leader Jim Wheeler, R-Gardnerville, said, “There is no place in this institution for sexual harassment. We are pleased that he resigned and saved the body any unnecessary distraction in such a critical time.”

Sprinkle, 51, was chairman of the Assembly Health and Human Services Committee in 2017 and again this year. Frierson said the Democratic caucus “would take a look at our membership and make some adjustments to accommodate the change” in committee leadership.

A firefighter and paramedic, Sprinkle is best-known for his 2017 bill that would have allowed anyone to buy into the state Medicaid health insurance program at full cost, regardless of age. The bill passed on party-line votes in both houses but was vetoed by then-Gov. Brian Sandoval.

Legislative Counsel Bureau Director Rick Combs said Wednesday that nothing had been filed with his office.

The Washoe County Commission will appoint a replacement for Sprinkle to serve out the remainder of his two-year term. Because Sprinkle was a Democrat, his replacement must also be a member of that party.