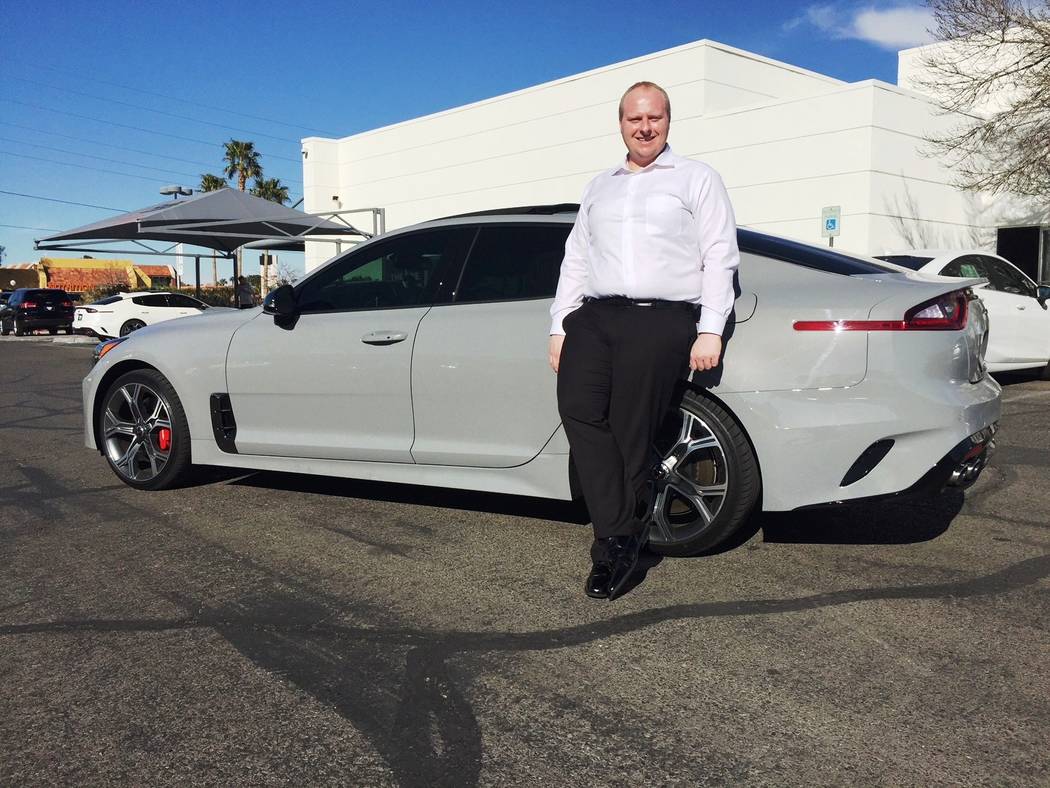 Findlay Findlay Kia general sales manager Mark Olson is seen with his 2018 Kia Stinger at the dealership at 5325 W. Sahara Ave. Olson was the first person to buy a 2018 Stinger in Las Vegas.

Findlay Kia general sales manager and internet director Mark Olson seems to know how to generate interest, as evidenced by a couple of recent events.

First, he purchased the first 2018 Stinger in Las Vegas. The wildly popular GT2 all-wheel-drive Stinger is all about performance, sporting a V-6 twin turbo with 365 horsepower.

Also, Olson is the first employee of the dealership to be on the cover of Car Business Today magazine, which has more than a million subscribers worldwide. The honor followed up his being named among the top 40 under the age of 40 as recognized by Automotive News in North America in 2016.

“CBT magazine recognized me as being one of the pioneers who has introduced artificial intelligence into the automotive industry,” explained the 34-year-old Olson, who has been with Findlay Automotive for five years. “It’s actually a very complex process, but in the end, I am able to make sure specific preowned vehicles (other than Kia) can be served up for a customer to view.”

Olson said a good example of the process is when he took in a 2017 Cadillac Escalade sport utility vehicle.

“The odds of a customer coming to a Kia dealership to find the Escalade are slim to none,” Olson said. “Utilizing AI gave me the opportunity to have potential Escalade customers know that the vehicle is in a Kia inventory. I upped the radius on the Escalade to include the Los Angeles market because that’s a bigger market.

“A family of four purchased the Escalade within three days, so it’s a win-win for everyone. The Escalade was a vehicle that usually would have to be sent to the auction, but in this case, I can actually make sure this vehicle finds the customers instead of the customer finding the vehicle.”

Olson, a 2005 graduate of UNLV with a degree in business management, will be speaking at the National Automobile Dealers Association Conference March 22-25 at the Las Vegas Convention Center.

“This will be an opportunity to explain to other dealers how to ultimately help customers find vehicles that they actually want,” Olson said. “This will be my third time speaking at the conference, which draws more than 100,000 people each year.”

Olson said Findlay Kia has enjoyed a strong year thanks to the fact that Kia is one of the most aggressive automobile manufacturers in the world.

“The 2018 Stinger has no problem going toe-to-toe with the Porsche Panamera at half the price,” said Olson about Kia’s surge in the automobile business. “That’s proof of Kia’s dedication to the industry.” 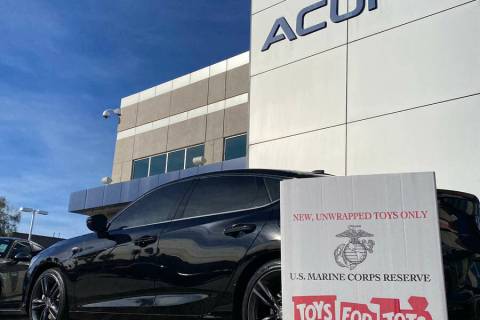 CardinaleWay Mazda and CardinaleWay Acura are accepting donations for Toys for Tots Foundation this holiday season. 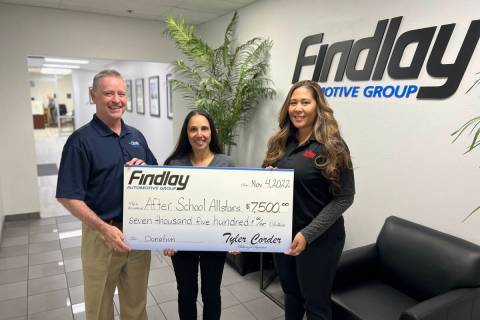 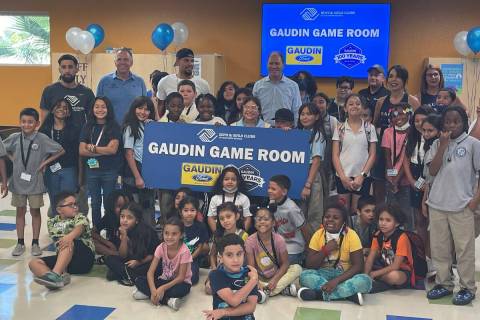 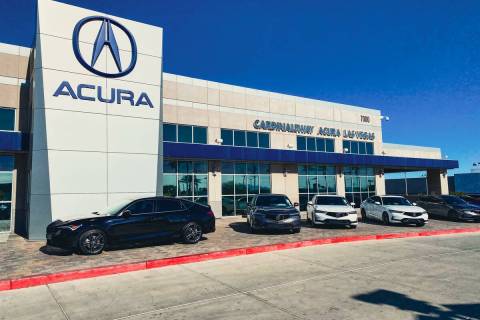 CardinaleWay is partnering with Catholic Charities to help the homeless with a donation drive for warm clothing and non-perishable food. 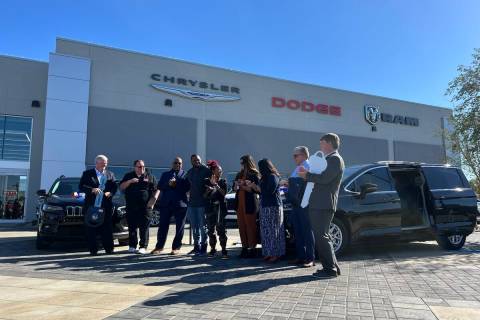 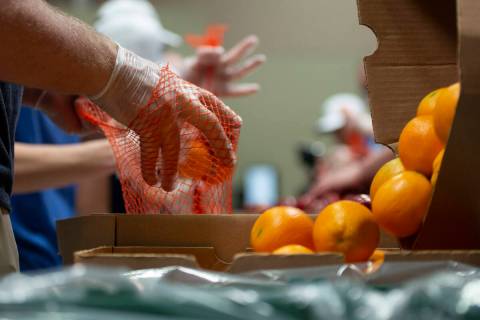 Lexus of Las Vegas and Lexus of Henderson are accepting food donations for Three Square Food Bank through Nov. 19. 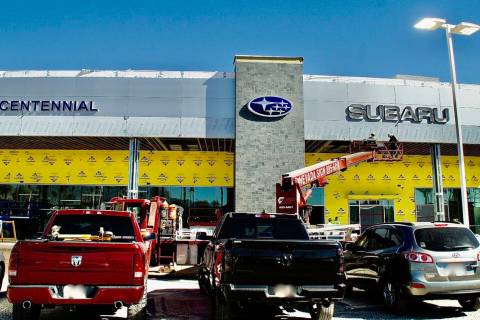 Las Vegas Centennial Subaru, located at 6350 Centennial Center Blvd., is scheduled to open to the public later this fall. 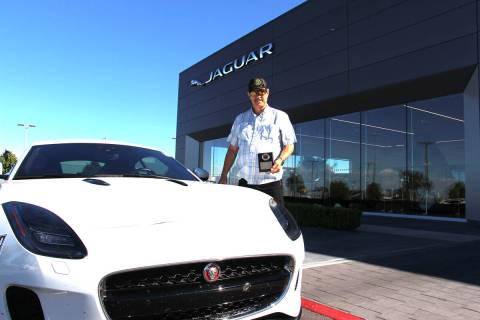 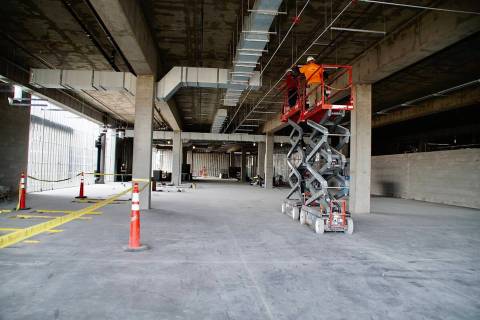 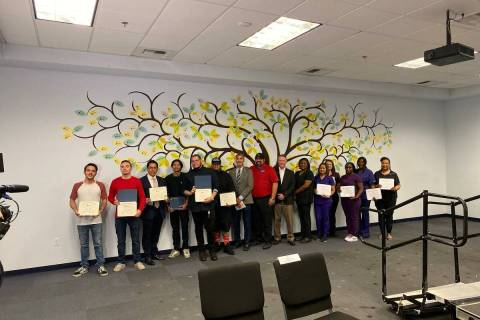 Findlay Automotive has long supported the Foundation for an Independent Tomorrow’s Standards of Excellence Academy. The academy offers students a gateway to career advancement in jobs and occupations that are in demand.