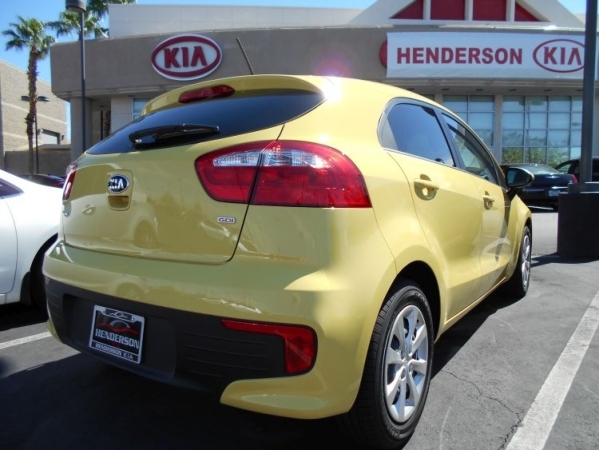 The 2016 Kia Rio is among the earliest arrivals of new models at Henderson Kia in the Valley Automall. With new styling along with updated interior and a pair of new colors, the vehicle is receiving immediate attention.

Social workers and trucks, a match made at the dealership

But while vying to claim the loser title on the weight-shedding reality show, Carter never lost sight of what he thinks is perhaps the biggest winner on the dealership lot in Las Vegas: the all-new-for-2015 Chrysler 200.

How has downsizing affected Land Rover? Well, the company hasn’t actually downsized anything, but rather it has added a couple of smaller models with runway-model good looks, all reasonably affordable, too.

The 2015 Kia Forte compact available at Henderson Kia in the Valley Automall may have one of the most well-balanced automotive packages available.

Bentley, Ford, Mazda have new crossover/SUVs not to be overlooked
By Keith Griffin RJDrive.vegas

It’s an exciting time to be in the market for a new crossover or SUV in the 2016 model year.