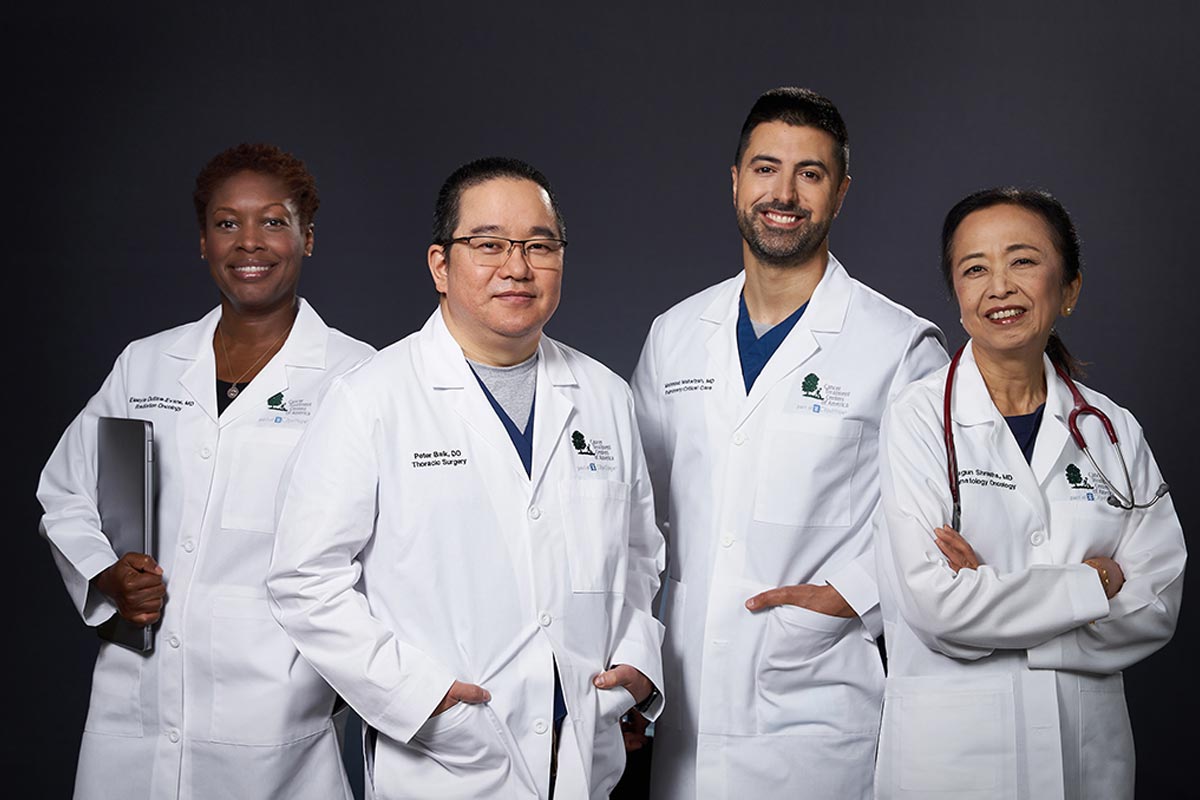 It may seem hard to believe, but in the early- and mid-1900s, many Americans believed smoking cigarettes was just as safe as chewing gum. After all, during WWII, tobacco companies sent millions of free cigarettes to American service personnel, and tobacco companies used doctors to market their products. One company boasted that “more doctors smoke” its brand than any other brand.

Thanks to continued research and a slew of public health awareness and educational efforts, we’ve come a long way in our understanding of the dangers of smoking. Cigarette smoking remains the leading cause of preventable disease and death in the United States, accounting for more than 1 in 5 deaths yearly. However, the number of smokers has declined by two-thirds since 1964, when the U.S. Surgeon General first warned against its dangers. In fact, cigarette smoking among U.S. adults reached an all-time low of 13.7 percent in 2018.

Yet our understanding of why smoking causes cancer, especially in organs that are not located in the respiratory system, continues to evolve.

Cigarettes contain many toxic chemicals. Some of these, such as nicotine and cadmium, come from the tobacco plant itself. Others are created when cigarettes are cured and manufactured. Still others, including benzene and carbon monoxide, form when you burn tobacco (as in lighting a cigarette). In total, smoking a cigarette releases about 7,000 chemicals—70 or so of which are linked to cancer.

Inhaling cigarette smoke sucks these chemicals into the mouth or nose and down the windpipe. Scientists found the first evidence explaining why smoking increases cancer risk in the 1960s, when they discovered that these chemicals could bind to the DNA of cells they come in contact with, damaging the cells’ DNA and causing mutations. The more DNA is damaged, the greater the risk that one or more cell mutations will develop into cancer.

Chemicals in the tar residue left behind in the lungs after smoking may also damage the organs, encouraging tumor growth and making it harder for the lungs to expand and contract. Smoking damages the alveoli, the small balloons-like sacs in the lungs, where the oxygen-carbon dioxide exchange occurs. Over time, the damaged alveoli may be able to expand but are unable to contract. Your alveoli should be like a new balloon. It is very difficult to blow up initially, but after blowing the balloon multiple times, the balloon’s tension decreases, making it easier to blow.

Also, chemicals in smoke may damage the lining of the lung and cilia, which are fine hairs that clear the lungs by sweeping out mucus and fine dirt particles. The combination of an inability to contract the alveoli fully and the damage to the cilia prevents the clearing of mucus, which may lead to a persistent “smoker’s cough.” Also, tar and other chemicals cannot be cleared out from the alveoli and airway, causing ongoing damage to the tissue.

The human body is designed to deal with some damage. We all have cells that have the potential to become cancer. The immune system is equipped to identify most of these threats and neutralize them. That’s why smoking-related cancer risk is directly linked to how much you smoke—and for how long.

“The immune system takes care of getting rid of foreign cells, recognizing that they’re not supposed to be there,” says Peter Baik, DO, FACOS, FACS, Thoracic Surgeon at CTCA in Phoenix and Chicago. “However, once those foreign cells are able to get away from the correctional efforts of the immune system and they start to grow uncontrollably. When that happens, it becomes invasive cancer. And that’s why chronic exposure to dangerous chemicals raises the risk that one of those cells will grow into cancer.”

Smoking is also the leading cause of cancer of the bladder, an organ far outside the respiratory system. According to the National Institutes of Health, more than half of all bladder cancers are caused by smoking. Smokers are twice as likely to develop bladder cancer than non-smokers. Chemicals in tobacco smoke eventually make their way into the bloodstream and urine, which is stored in the bladder.

It also doesn’t help that nicotine, while not cancer-causing itself, is highly addictive, releasing the powerful chemical dopamine into the body’s nervous system, which is why smokers have a hard time quitting.

Cancer risk related to other types of tobacco products

According to research, pipe and cigar smoke is just as harmful as cigarette smoke, but the risk may be less because people who smoke pipes and cigars tend to smoke less frequently—and inhale less deeply—than cigarette smokers.

Cigar smoke contains many of the same cancer-causing chemicals as cigarette smoke, but often in higher concentrations. Large cigars can take one to two hours to smoke, causing increased exposure to toxic chemicals. Even if you don’t inhale while smoking a cigar, your mouth, throat and lips are exposed to cancer-causing chemicals, as is your esophagus when you swallow the saliva that contains the chemicals.

While cigar smokers typically have lower rates of lung cancer compared to cigarette smokers, they have a higher risk than nonsmokers.

Vaping, or e-cigarettes, may not contain tobacco. Still, many contain nicotine, which comes from tobacco, as well as harmful chemicals, such as diacetyl, formaldehyde and other volatile, organic, cancer-causing compounds found in cigarette smoke. They’re just present in lower amounts. Yet when they’re heated, these chemicals are released into the body with the same potential to cause damage. There are no testing requirements for e-cigarettes, and there’s no way to know how safe these products are and what chemicals they may contain. Note that the FDA hasn’t approved e-cigarettes as a smoking-cessation method because their long-term effects aren’t yet known. Also, many vape liquids contain additives that may not be regulated or known to users. Researchers haven’t yet been able to definitively say whether smoking cannabis raises the risk of lung cancer. Still, they note that people generally inhale cannabis smoke more deeply and hold it in longer than people do when smoking cigarettes. That extended exposure gives toxins a better chance to stick to the lungs.

“Cigar and marijuana [cannabis] smoking and vaping—these can all cause an increased risk of cancer because there’s an increased exposure to these cancer-causing chemicals,” Dr. Baik says. “One doesn’t necessarily cause a greater cancer risk than another. It depends on the amount of exposure and what’s in the ingredients.”

An important way to prevent lung and other types of cancer is to avoid all smoking, including cannabis and tobacco products like cigarettes, cigars, pipes and e-cigarettes.