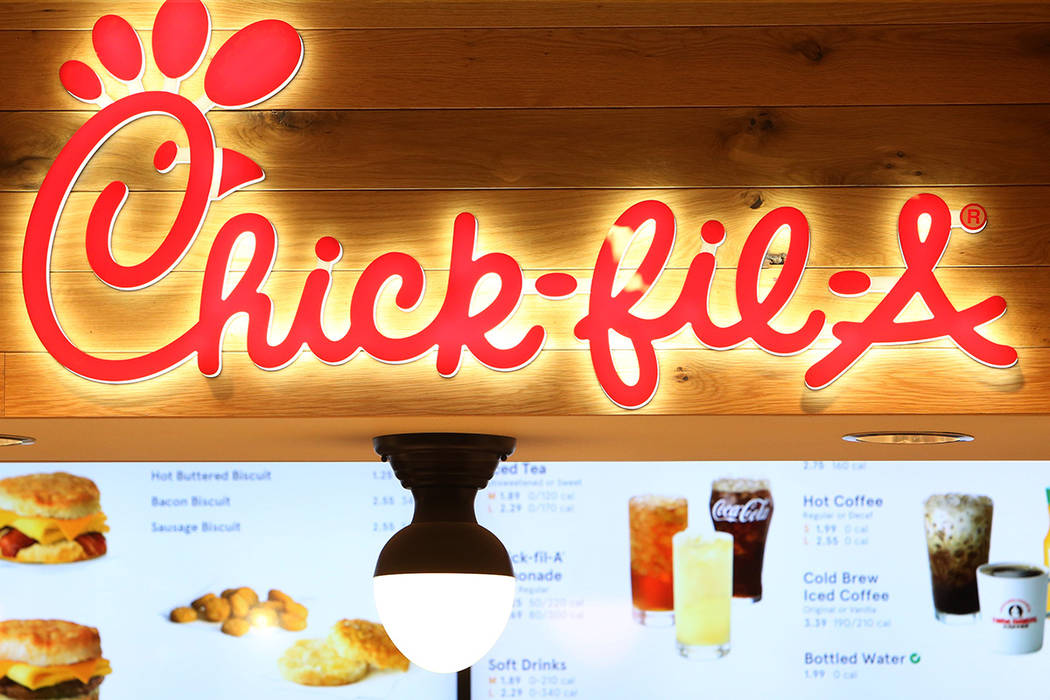 Chick-fil-A's sign and menu are displayed at the first Chick-fil-A restaurant inside the Golden Nugget, on Monday, Dec. 2, 2019, in Las Vegas. (Bizuayehu Tesfaye/Las Vegas Review-Journal) @bizutesfaye

It will be a pair of firsts when Chick-fil-A opens its sixth Las Vegas Valley location.

On Thursday, the restaurant chain will launch its first Las Vegas Strip location at Planet Hollywood Resort, 3667 Las Vegas Blvd. South. It will also be takeaway only, featuring seven walk-up windows and a dedicated pick-up area for customers ordering via the Chick-fil-A One app.

Former Marine Corps officer Ron Peterson will own and operate the store.

According to the news release, the restaurant will also feature several custom displays, including an illuminated canopy, a large video display board and two “Instagramable moments,” where guests can take selfies.

Three other locations are slated to open in 2020: