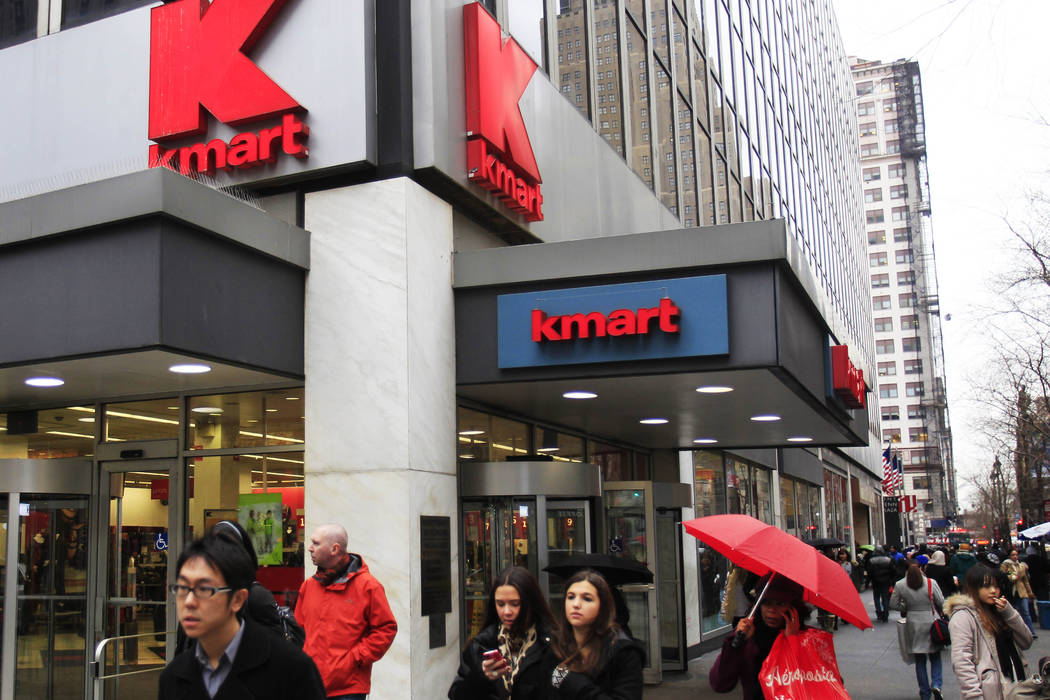 Two more Kmart stores are slated to close in the Las Vegas Valley.

Those stores are located at:

— 732 S. Racetrack Road, Henderson, near the intersection of Boulder Highway.

A list published by Business Insider on Wednesday shows Kmart owner Sears plans to close 72 more stores, mostly Kmart and some auto centers, by September. A Sears in St. George, Utah, is on the closing list.

In January, the company announced the Kmart at 10405 S. Eastern Ave. in Henderson would close at the end of March.

It’s been a long ride down for the once-fabled American retailer.

On Wednesday, shares eked out a modest gain, rising 41 cents, or 6.2 percent, to close at $7.02, according to Google Finance.

Sears chief executive Edward Lampert, a hedge fund billionaire, has invested heavily in bolstering Sears’s Internet business but has let the retail stores languish. He’s now propping up the company with loans and other feats of financial engineering — moves that may soften his landing if the chain fails.