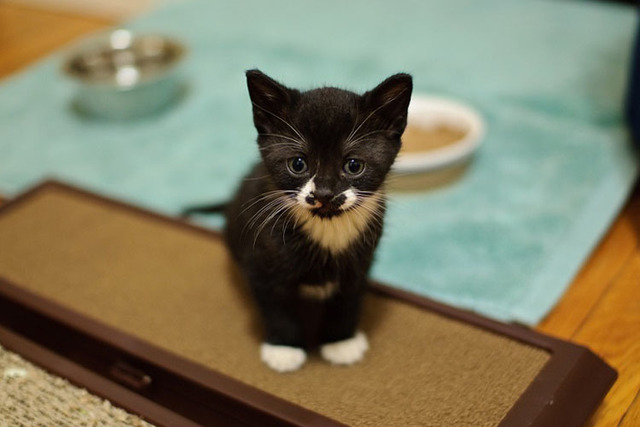 April 15 is rapidly approaching, and taxpayers who have put off writing a check to Uncle Sam will soon have to face the music. That is, unless they avoid paying altogether.

Did that last bit grab your attention? Believe it or not, there is a small segment of the population that found loopholes in the system to avoid paying taxes legally.

One way or another, most Americans are expected to pay taxes. Usually, the money comes out of workers’ paychecks — and those who overpaid might receive a refund.

But if taxpayers are able to take large enough deductions or receive sizable credits, they might be able to legally avoid paying taxes. The following people were lucky enough to have this experience:

Some people have all the luck — or maybe it’s persistence. Justin Rohrs managed to slide his truck off an embankment in 2005, only to be later slapped with a DUI for driving while intoxicated. Despite the circumstance under which his car was damaged, he decided to file an insurance claim for his truck for $33,629. After his insurer denied his claim, he attempted to claim his vehicle loss as a tax deduction.

At first, the IRS wasn’t having any of it. So Rohrs took the matter to the U.S. Tax Court, stating that he deserved a casualty loss deduction for his damaged truck. Shockingly, the judge agreed and allowed him to take the deduction.

2. Cats Can Be Worth Big Money

Jan Van Dusen, a cat lover with over 70 felines in the home, spent much of her time caring for strays she found in the wild along with those that had been injured. In some instances, after caring for the cats, she’d release them back into the wild. But more often than not, she held on to her furry treasures.

The cost of caring for the cats began to mount for Van Dusen, so when she filed her 2004 tax return, she tried to write off $12,068 for cat rescue items like food, vet bills, paper towels and more. After being alerted that her “personal” expenses could not be deducted, however, she sued the IRS.

Interestingly enough, following a long battle, Van Dusen proved her cat care was charity, resulting in the IRS finally granting deductions for most of her claims.

Cynthia Hess, also known by her stage name, Tonda Marie, was an exotic dancer who wanted to improve her business by fixing her “hereditary deficiency.” In other words, she wanted bigger breasts. After getting the procedure done, her business grew along the jump in her bra size to a 56FF!

Of course, with the surgery being a “business” decision, Hess, now known as Chesty Love, decided to deduct her implants as a business expense. However, the IRS turned down her request, noting that business deductions only work in circumstances that are “ordinary and necessary.”

Hess sued the IRS, arguing that her new breasts should be considered business uniform. She went on to say that she planned to have them removed immediately after retiring from exotic dancing. After much convincing, the tax court agreed that she would have only added breasts that large for business (they were 10 pounds each) and decided to grant the deduction.

A drug dealer named Jeffrey Edmondson is a man who could teach classes on how to avoid paying taxes legally. He got himself in trouble with the law after being busted and charged with drug trafficking. Eager to get even more out of the dealer, the IRS audited him for $17,000 in back taxes after failing to declare his income made from drug dealing.

Edmondson decided the government wouldn’t have the last laugh. While awaiting trial, he filed a tax return that listed his taxable net income along with a list of business deductions. He left his occupation blank, of course. After looking at his return, the IRS turned down his deductions. But Edmonson was not ready to give up.

He took the matter to Tax Court where he claimed he’d established a home business and wanted to claim home office deductions — including drugs. Surprisingly, the judge agreed to deduct his expenses, which included a $50 scale, miles driven to pick up drives and 100 pounds of weed.

3 Easy Ways You Can Avoid Paying Taxes (Legally, Of Course)

While you might not want to go around suing the IRS every time you’re turned down for tax deductions, you might benefit from learning how to pay no taxes legally. Here are a few options to consider that don’t involve standing in front of a judge:

Many people don’t realize that tax credits are the equivalent of free money. While tax deductions reduce the amount of taxable income you can claim, tax credits reduce the tax you owe and — in many cases — result in a nice refund.

The IRS offers a large number of tax credits that encompass everything from buying energy-efficient products for your home to being a low- to moderate-income household. The key to benefiting from them is examining very closely all of the purchases you’ve made throughout the year to see whether money is owed to you.

But if you’ve made substantial payments for mortgage interest, property taxes, medical expenses, state and local taxes, or have made major charitable contributions, it could be worth it to take this step. These deductions are subtracted from your adjusted gross income (AGI), which reduces your taxable income.

One way to take advantage of tax credits or deductions is to enroll in college. The government currently offers credits and deductions (you usually have to take one or the other) to go back to school online or in your community.

Students who don’t qualify for credits should consider tax deductions. The government allows qualified students to deduct up to $4,000 off the cost of tuition, fees and course materials. While not as valuable as a credit, deductions can still lower taxes considerably.

Also, keep in mind that financial aid in the form of grants and work study offer tax-free cash that doesn’t count as taxable income. Scholarships also help pay for school and are non-taxable as long as the money is used for school-related purposes.

There’s no doubt that it’s difficult to legally avoid paying taxes, but by taking advantage of credits and deductions, you could improve your chances of doing so. Or, if you’re brave enough, you could claim an outrageous deduction then, when turned down, tell Uncle Sam you’ll see him in court.