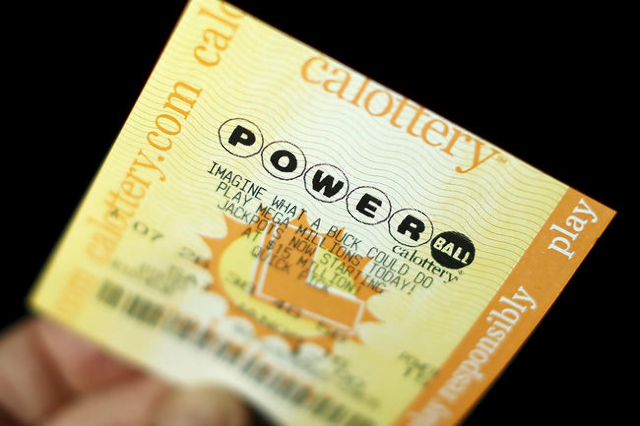 A Powerball lottery ticket is shown in this illustration photograph in Encinitas, California January 8, 2016. The jackpot in the Powerball lottery, already the largest ever payout in North American history, continued to climb, hitting an estimated $800 million on Friday, the operator of the multistate game said.REUTERS/Mike Blake

With the Powerball jackpot soaring to record amounts — $1.5 billion as of Wednesday — ahead of the next drawing, the lotto craze continues to sweep the nation.

Here are five things you should know about the Powerball lottery:

The Primm Valley Lotto store is considered a “lucky store”

Located an hour southwest of Las Vegas, the Primm Valley Lotto store is one of the go-to lottery destinations for many Las Vegans who want to try their hand at the Powerball jackpot. Purchasing a ticket from this location means you’re buying a ticket from a retailer that the California Lottery has deemed a “lucky retailer.”

According to the CA Lottery, Primm Valley Lotto paid out at least 400 winning tickets a week during 2015. They paid out an average of $4,000 on each of those tickets.

According to Powerball, about 70 – 80 percent of lottery winnings come from tickets with computer-generated picks.

Time Magazine mentioned a few things that are more likely to happen to you than winning the Powerball:

There are some states that charge a state tax on top of the mandatory federal tax, according to the Washington Post. The tax amount varies depending on the state, as some charge a tax on lottery winnings for both residents and nonresidents while as some only tax residents.

With a state tax of 8.82 percent, the worst state in which to win the lottery is New York.

With no state tax on lottery winnings at all, the best states in which to win the lottery are California, Delaware, Florida, New Hampshire, Pennsylvania, South Dakota, Tennessee, Texas, Washington and Wyoming.

According to Fox News, a person residing in Rhode Island, South Dakota, Massachusetts, West Virginia or Delaware is more likely to win the Powerball jackpot than anywhere else. Why? Fox News attributes that to people in those states spending more money per capita on lotteries.

Along with the more useful things you could do with $1.5 billion, you could …

The $1.5 billion jackpot isn’t the only prize you can win

According to Powerball, the overall odds of winning a prize are one in 24.87. If you don’t win the jackpot, don’t throw away your ticket just yet. Check out the graphic below for what you can win even if you only have the Powerball number.