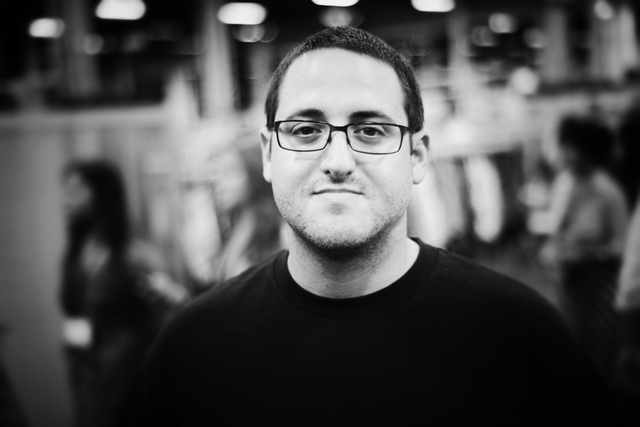 Aaron Levant has a keen eye for spotting holes in the marketplace.

Today the streetwear-focused trade show pops up in New York City, Long Beach and Las Vegas, and Levant has plans to expand overseas. And it all started with the entrepreneur noticing something lacking in the major fashion trade show world: a place for boutique brands.

Levant started off in the industry as an intern, then launched a clothing brand at 16. He attended fashion trade shows, including MAGIC, to spread the word.

“They’re great for (the trade show), but if you’re an independent brand, it’s hard to make an impact. It was set up for whoever could buy the biggest booth,” Levant said.

While working on his streetwear line, he also threw a few small industry festivals in his Los Angeles warehouse and attended a smaller, niche fashion trade show that had popped up in Las Vegas.

There, he noticed a trend of people bailing out of the larger shows.

At the time, the San Diego-based Action Sports Retailers was the big show for board sports clothing companies, but there wasn’t a smaller event, so Levant provided one. He charged people he knew in the industry $500 for a booth, and 30 companies came out to exhibit their wares in the now-defunct Naga restaurant in Long Beach.

The first Agenda attracted 250 buyers, including a delegation of Japanese buyers who were looking for niche labels not available anywhere else.

Growth happened organically for Agenda, a trade show that is invitation-only to the exhibitors. After the inaugural event, notable brands such as Adidas and Nike started showcasing certain segments of their product lines at Agenda, further strengthening the brand.

Three years ago, Levant added a New York trade show and decided to branch out to Las Vegas this year after friends in the industry told him they were becoming unhappy exhibiting at MAGIC, a trade show that takes the Las Vegas Convention Center in February and August.

Levant has done well with the streetwear-focused trade show segment because he’s a customer.

“I have a deep-rooted, organic friendship with the industry,” he said.

Josh Fishel, a partner in the Brooklyn-based 10.Deep clothing line, has worked with Levant for more than 10 years. He’s also a MAGIC evacuee.

“MAGIC always felt like it was Goliath,” Fishel said.

He explained that for many people in the boutique fashion world, the red tape-feel of the larger show doesn’t work.

Levant said he wants to expand into South America and Europe; he feels the U.S. is covered for now.

Plus, his domestic shows still are growing. The New York show is moving from an artist’s loft in SoHo to the Javits Center, and the Las Vegas show has a long way to go before it reaches its full potential.

“We see the Las Vegas show as our biggest opportunity for growth,” he said.

The New York show is wall bound, and Levant said he doesn’t see that constraint stopping him in Las Vegas. In fact, the numbers for August’s launch were unprecedented, he said: Agenda’s first Vegas show attracted 9,000 buyers and 200 brands.

“Vegas offers such a dynamic range of buyers and a tremendous amount of room,” Levant said.