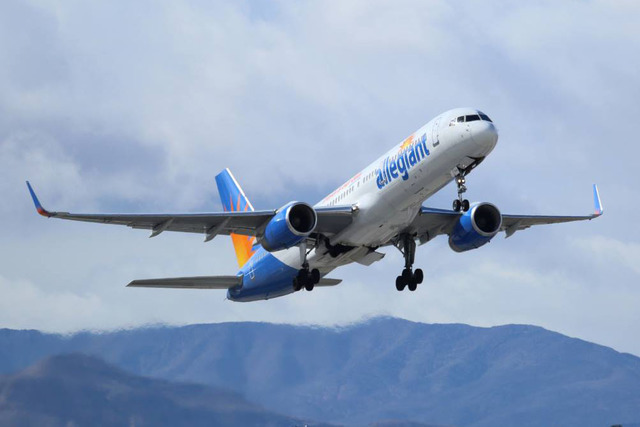 The Las Vegas-based budget carrier also announced the purchase of 12 new Airbus A320 aircraft that are expected to enter service from 2017 to 2018. Allegiant has 77 Airbus planes that are either in service or purchased, putting the company a step closer to meeting a self-imposed goal of having 90 to 100 new and used Airbus planes by mid-2019 while retiring its fleet of older MD80s.

“The MD80 served us well since our coming-out party in 2002, but it’s time to move on,” Allegiant Chairman and CEO Maurice Gallagher said Friday morning during a call with investors. “We’ve known for some time that we’ve had to make this transition.”

“First-time labor agreements are essentially very difficult and time-consuming, taking years to complete, and that was the case in our situation,” Gallagher said. “Our pilots’ ratification of this five-year contract reflects the endorsement of the offer we put in front of them.”

The earnings call was held one day after Allegiant announced six new routes and service to two new cities, including nonstop flights set to begin in October from Las Vegas to airports in Oakland, California, and Kansas City, Missouri.

Allegiant will also start new service from Newark, New Jersey, to airports in Orlando, Tampa and Punta Gorda, Florida, by November, while nonstop flights will start in December between Orlando and San Juan, Puerto Rico.

Company executives also said they plan to send a response within 60 days to an audit by the Federal Aviation Administration that found Allegiant’s crew members did not consistently follow procedures, ramp personnel did not correctly complete forms and passengers were observed with excessive carry-on bags.

The FAA said that the issues were “minor” and Allegiant will not face penalties or enforcement action.

“We and the FAA are partners in our efforts to offer safe air travel to customers and team members. It’s job one,” Gallagher said, adding that Allegiant is “committed to a high level of safety.”