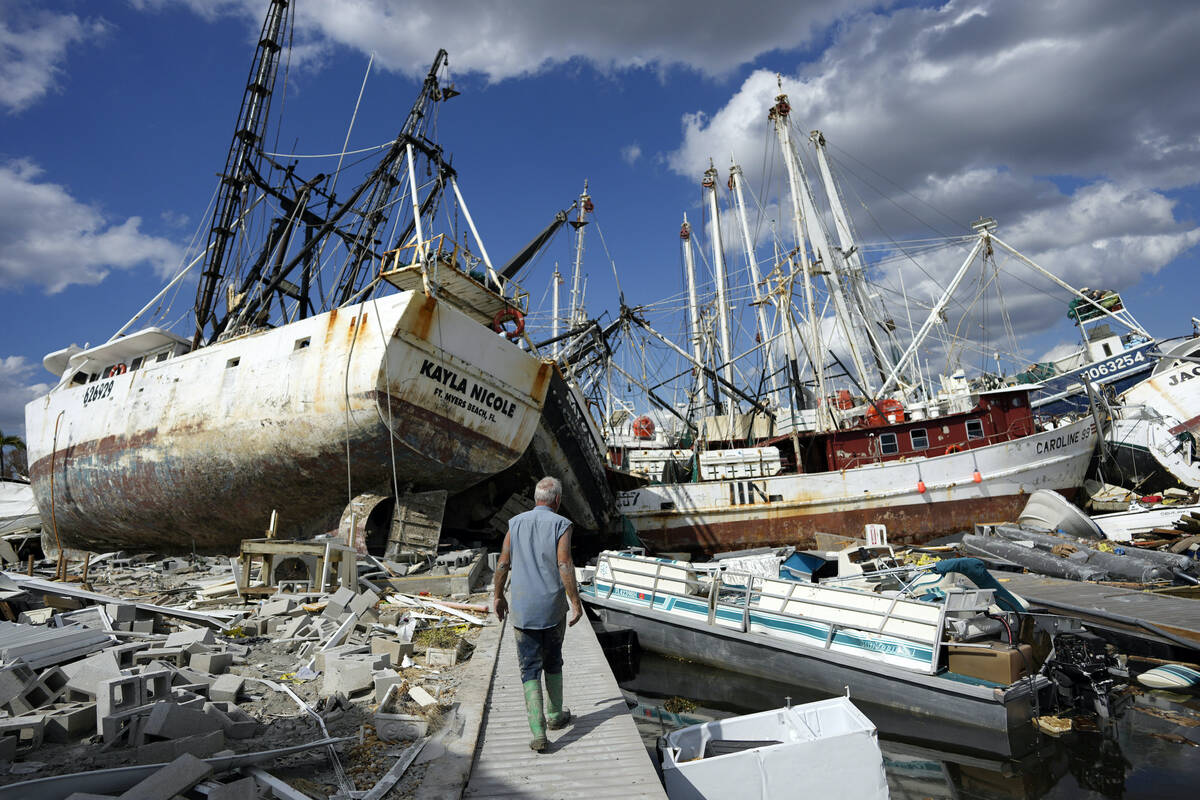 Bruce Hickey, 70, walks along the waterfront littered with debris, including shrimp boats, in the mobile home park where he and his wife Kathy have a winter home, a trailer originally purchased by Kathy's mother in 1979, on San Carlos Island, Fort Myers Beach, Fla., Wednesday, Oct. 5, 2022, one week after the passage of Hurricane Ian. (AP Photo/Rebecca Blackwell)

Allegiant Travel Co. pushed back the expected debut of its resort in southwest Florida, after Hurricane Ian caused widespread flooding and destruction in the region.

The Las Vegas-based airline said in a securities filing Friday that the under-construction Sunseeker Resort Charlotte Harbor was previously selling rooms for as early as May 2023, but, realizing there will be “some delays” caused by the hurricane, it has now “pushed back the selling date to September 2023.”

“As the extent of the damage is not yet known nor can the Company predict how quickly resources will be available to complete the construction, it is too early to tell whether the delays will be longer or shorter,” the carrier said.

Access to the site “has been limited” since the hurricane swept through the region late last month, and power was out “for a period of time,” but it appears the project was “protected to a significant degree by the construction design,” Allegiant said.

Plans called for resort structures to be built 16 feet above the mean high tide line and for a seawall along the length of its boundary with Charlotte Harbor, the company said.

Allegiant said it hired outside specialists, including structural engineers, “to evaluate the damage and advise as to the course of action to assure the safe completion” of the project.

The company also said it “maintains robust insurance coverage against damage from hurricanes and will be pursuing claims to recover losses.”

Sunseeker, which is being built along the Peace River in Port Charlotte, is slated to feature 500 hotel rooms and more than 180 extended-stay suites, as well as bars, restaurants and conference space.

It obtained a $350 million construction loan for the project last year.

An ultra-low-cost carrier, Allegiant is known for flying from small, underserved cities to warm-weather vacation spots, often without competition on its routes.

It has a captive audience of sorts for Sunseeker, as Allegiant accounts for nearly all airline traffic in and out of Punta Gorda Airport, located about 6 miles from the resort project.

This year through September, Allegiant’s passenger count at Punta Gorda totaled 1.43 million, almost 99 percent of all airline traffic there, according to Charlotte County Airport Authority data. 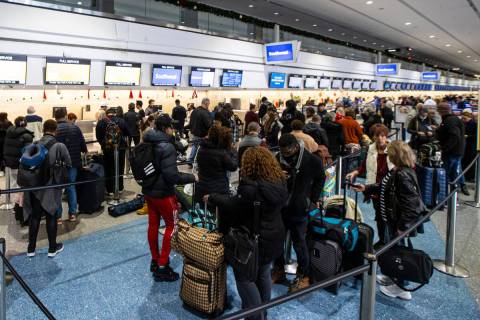