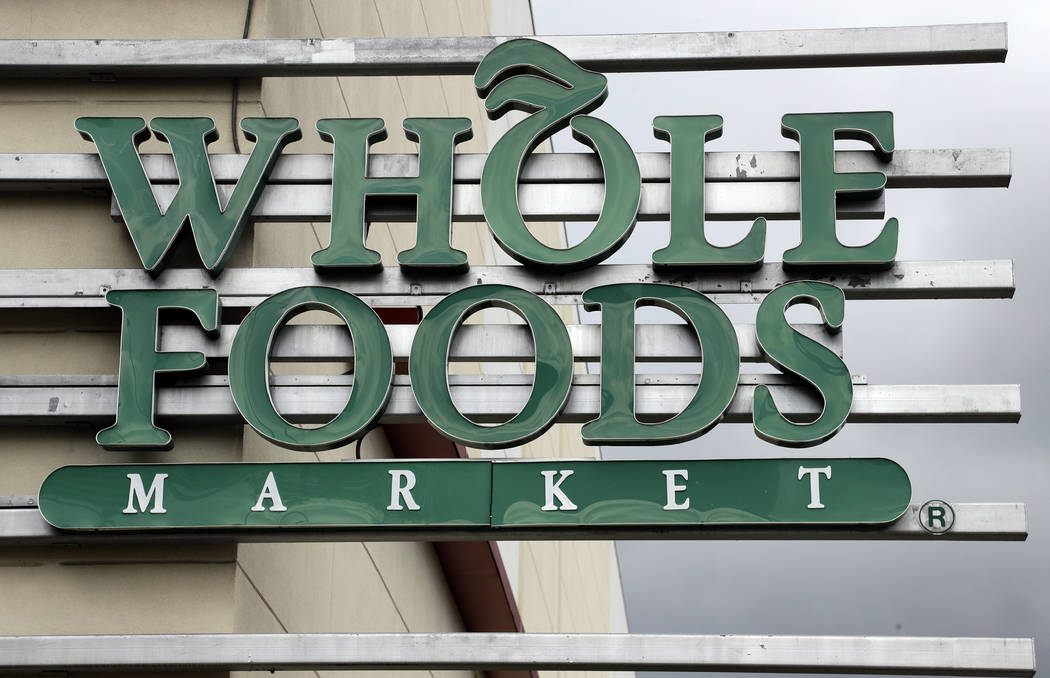 FILE - In this Monday, Aug. 28, 2017, file photo, a sign at a Whole Foods Market greets shoppers in Tampa, Fla. Amazon is bringing its Prime membership to Whole Foods, giving members special discounts and deals at the organic grocer. The new benefits will start Wednesday, May 16, 2018, at Whole Foods stores in Florida, and then rollout nationwide in the summer. Amazon declined to say if it plans to add the benefit to stores in Canada and the United Kingdom. (AP Photo/Chris O'Meara, File)

NEW YORK — It’s Prime time at Whole Foods: Amazon said it will give its Prime members extra discounts at the grocery chain.

The new benefits started Wednesday at Whole Foods stores in Florida and will expand nationwide this summer. Prime members get an additional 10 percent off sale items and exclusive deals on certain items. This week in Florida, for example, Prime members can get $2 off a pound of organic strawberries or save $10 a pound on wild halibut steaks.

Amazon wouldn’t say if it plans to add the benefits to Whole Foods stores in Canada and the United Kingdom.

In bringing Prime to Whole Foods, Amazon is trying to give members another reason to stay on as subscribers — even as it raises the price — and try to lure those who aren’t to join. The discounts could also drive more people to shop at Whole Foods: When it offered turkey discounts last year for Prime members, Amazon said the grocer broke its record for turkeys sold during the Thanksgiving season.

Amazon said last month that it had more than 100 million paid Prime members worldwide, before it announced it would increase the price to $119 a year from $99. Prime members get fast shipping from Amazon.com and other perks, like access to its video streaming service.

The online retailer has made a number of changes to Whole Foods since it bought the chain last year. It cut prices on bananas, milk and some other groceries; extended its 5 percent cash back Amazon rewards credit card to Whole Foods purchases; and has started to offer two-hour grocery delivery in several cities through its Prime Now service. Whole Foods ended its previous loyalty program earlier this month, and Amazon CEO Jeff Bezos said in April that “technical work” was being done at the cashiers to recognize Prime members.

Amazon said Wednesday that shoppers could scan the Whole Foods app at the register or give the cashier their phone number to show that they’re Prime members.