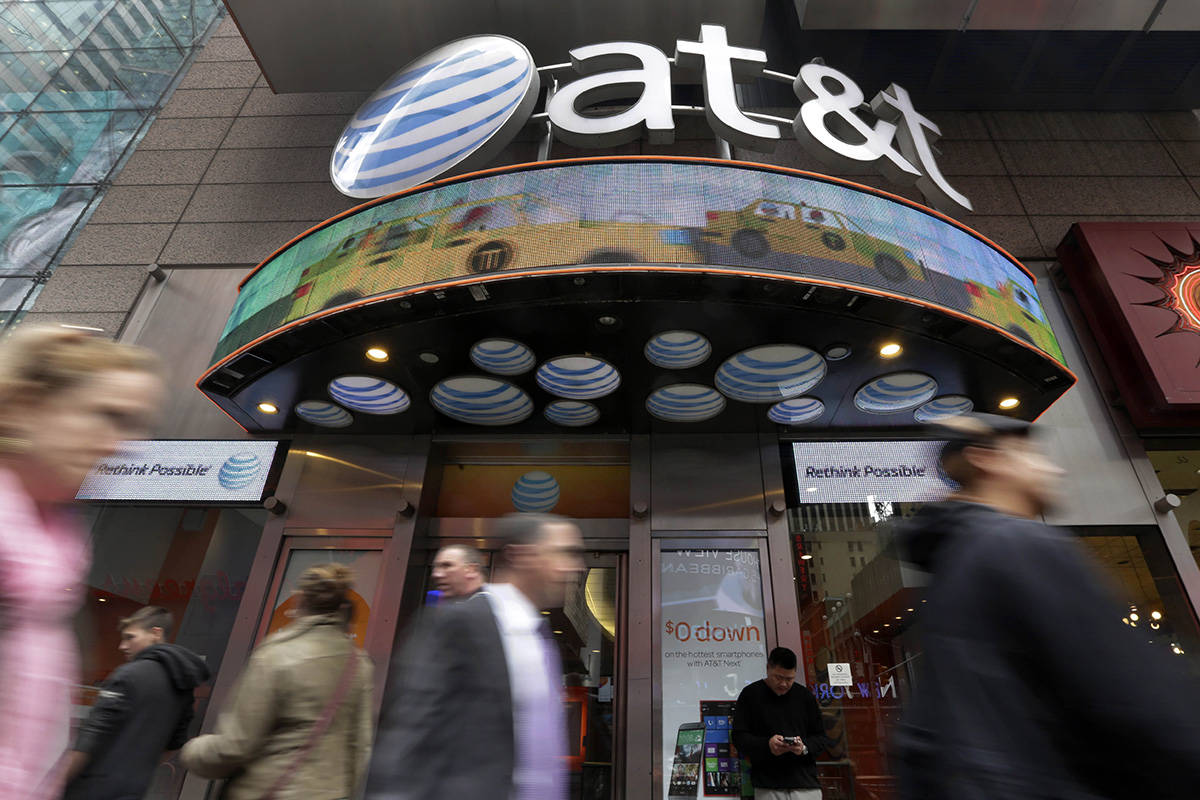 FILE - In this Oct. 21, 2014 file photo, people pass an AT&T store in New York's Times Square. AT&T will combine its media operations that include CNN HBO, TNT and TBS in a $43 billion deal with Discovery, the owner of lifestyle networks including the Food Network and HGTV. The deal announced Monday, May 17, 2021, would create a separate media company as households increasingly abandon cable and satellite TV, looking instead at Netflix, Amazon Prime Video, Facebook, TikTok and YouTube. (AP Photo/Richard Drew, File)

NEW YORK — AT&T will join its massive media operations that include CNN, HBO, TNT and TBS in a $43 billion deal with Discovery, the owner of lifestyle networks including the Food Network and HGTV.

The new media company enters a streaming arena that has been flooded in the past two years with new players including those owned by AT&T and Discovery which operate HBO Max and Discovery+, respectively.

Industry analysts believe the deal Monday is a signal that more mergers are ahead. One prominent analyst had been saying that Comcast’s NBCUniversal should merge with WarnerMedia, for example.

The rush into streaming has created a volatile environment with billions of dollars being plowed into new content that sets the top-tier platforms apart.

It is a major directional shift for AT&T which squared off with the Justice Department less than three years ago in an antitrust fight when it wanted to acquire Time Warner Inc. for more than $80 billion. That was a fight that AT&T won.

It’s not immediately clear what the new company would mean for customers, but it will likely allow the bundling of streaming services. For example, Disney offers its viewers Disney+, Hulu and ESPN.

A standalone streaming service for CNN is also a possibility.

The combined media company will be dwarfed in size by the rival streaming services.

Still, some media analysts say by joining forces, the new company will be better able to compete.

“The new company will be able to join the upper tier of global (streaming) players: Netflix, Disney and Amazon,” Craig Moffett of MoffettNathanson told investors.

It’s the second time this year that AT&T has calved off a recent a major acquisition as navigates a rapidly evolving media landscape. In February the company spun off DirecTV for a fraction of the $48.5 billion it paid for the satellite TV service in 2015.

The new company will be in direct competition with Netflix, Amazon, Apple, Disney and Comcast, which are assembling a growing arsenal of original media content.

The combination announced Monday, the companies said, will able to invest more in original streaming content. It will house almost 200,000 hours of programming and bring together more than 100 brands under one global portfolio, including: DC Comics, Cartoon Network, Eurosport, Magnolia, TLC and Animal Planet.

The deal is expected to close by the middle of next year. It still needs approval from Discovery shareholders and regulators. The Department of Justice did not immediately reply to questions about potential hurdles. AT&T stockholders don’t need to vote on the transaction.