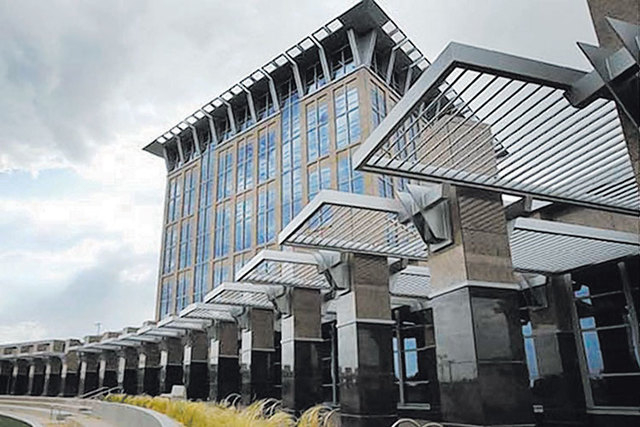 The Bureau of Land Management has scheduled its biggest land sale in nearly a decade for Dec. 2 at North Las Vegas City Hall, where it will put on the block 40 southwest Las Vegas parcels totaling nearly 520 acres.

The Bureau of Land Management has scheduled its biggest land sale in nearly a decade for Dec. 2 at North Las Vegas City Hall, where it will put on the block 40 southwest Las Vegas parcels totaling nearly 520 acres.

The auction is “a sign that the community is on more stable footing than it was at the height of the recession,” said Brian Gordon, a principal with local research firm Applied Analysis.

But local observers disagree on whether the timing is right for an auction. To understand why, start with how auctions get scheduled.

The bureau doesn’t determine what gets sold — cities and counties do. That happens when potential buyers see parcels with the right acreage and zoning for their projects and ask local officials to nominate the land for a sale.

That’s why federal land sales went dormant in the downturn, when developers found little credit or appetite for starting construction.

But investors and developers have grown hungrier in the past 18 months as the economy has stabilized. Improved interest in building is reflected in local land prices, which went from a low of $155,000 an acre in mid-2010 to $400,000 in 2013, Gordon said.

“Sophisticated investors have identified a number of opportunities in the market, and the acquisition of vacant land has certainly been an opportunity, given that prices were deeply depressed,” Gordon said. “At the same time, homebuilders and commercial developers are looking to fill their development pipeline.”

That demand for raw land has helped make the bureau’s December offering its biggest since November 2005. That’s when the agency auctioned nearly 3,000 acres across the Las Vegas Valley, including nearly 2,000 acres that would become Henderson’s recently revived Inspirada master plan.

It’ll also be just the second oral auction since the recession. The bureau schedules live bidding only when it expects a crowd. Otherwise, it simply accepts written offers.

January’s oral auction involved 440 acres and drew more than 100 prospective buyers. But there were no takers for the biggest chunk, 248 acres at the southeast corner of Hollywood Boulevard and Cheyenne Avenue that include a gravel pit and may have noise-mitigation issues because of nearby Nellis Air Force Base. In fact, the bureau sold just 160 acres in January, much of it in the southwest to homebuilders such as American West Development.

Another large parcel — 160 acres at the the northwest corner of Jones Boulevard and Starr Hills Avenue zoned for rural residential at two homes per acre — is on December’s sales list. But as in January, most of the parcels are lots of 2.5 acres to 12.5 acres.

Rick Hildreth, a senior adviser with Land Advisors in Las Vegas, said the agency could have trouble moving most of that inventory. As resale homes and foreclosures have streamed onto the market in recent months, sales of new homes have dropped dramatically, he said. Closings were down 34 percent year-over-year in the first six months of 2014, according to local analysis firm Home Builders Research, although the firm’s analysts blamed a land shortage for the drop.

“I don’t know if it’s really good timing for an auction. Builders have really kind of backed off the market,” Hildreth said. “There’s still so much supply that is unknown on the market in terms of foreclosures, and commercial development activity is very limited right now.”

Homebuilders also are paying less for land than they were a few months ago, Hildreth said. Offers at $400,000 per acre six months ago might come in at $300,000 to $350,000 today — a potential problem if the fair market value the bureau determines for December’s parcels is based on monthsold appraisals, he said.