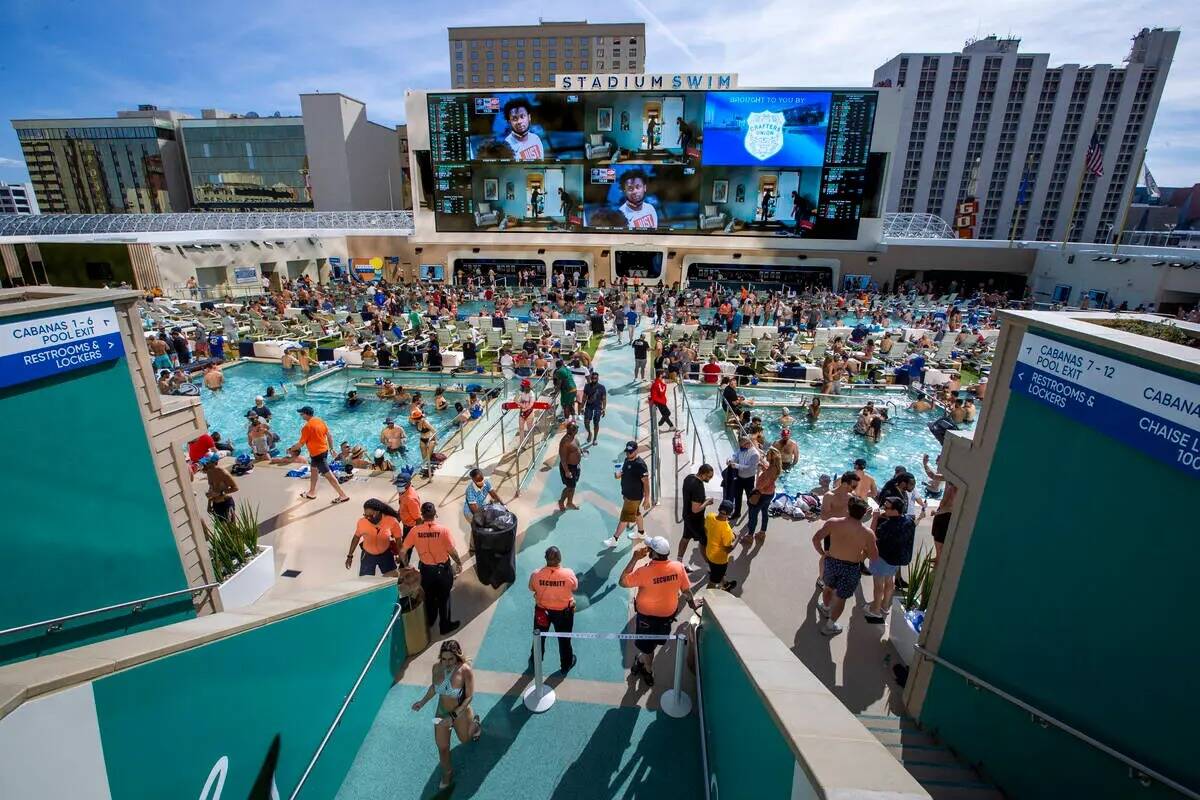 The pools and decks were crowded at Stadium Swim last year as March Madness is projected above at the Circa on Friday, March 19, 2021. (L.E. Baskow/Las Vegas Review-Journal) @Left_Eye_Images 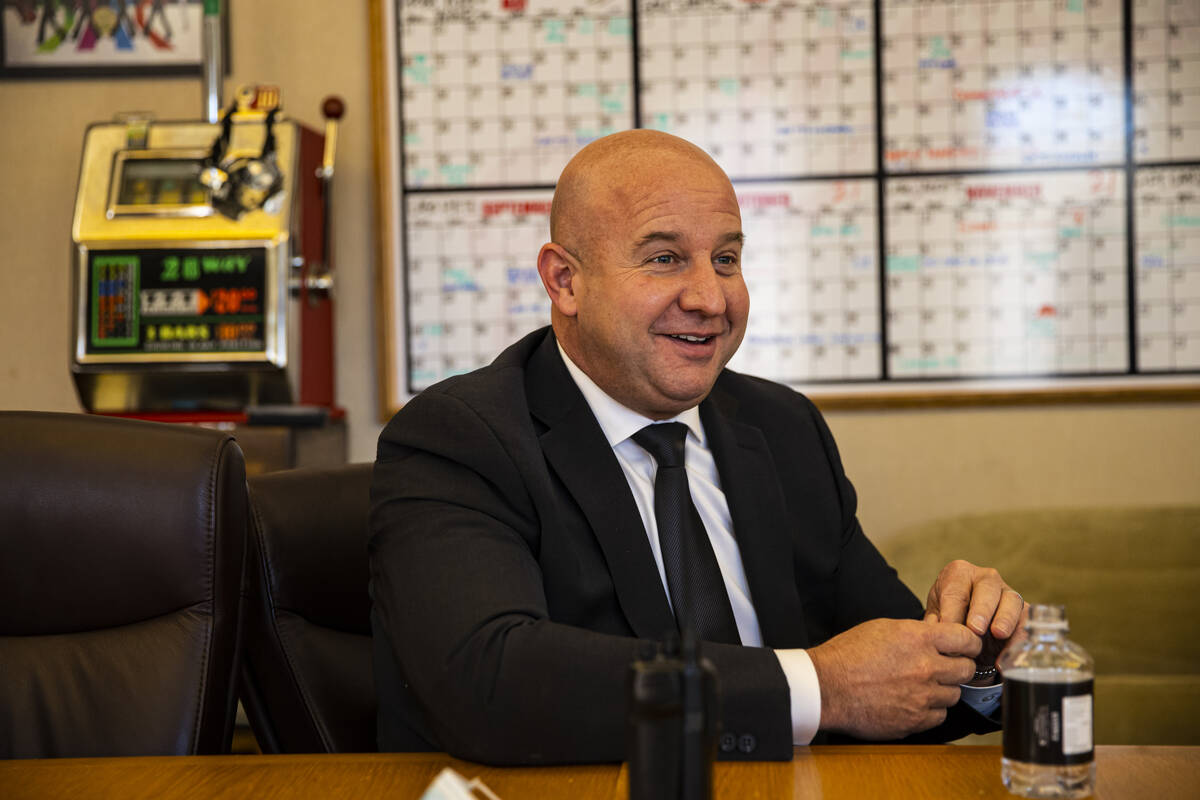 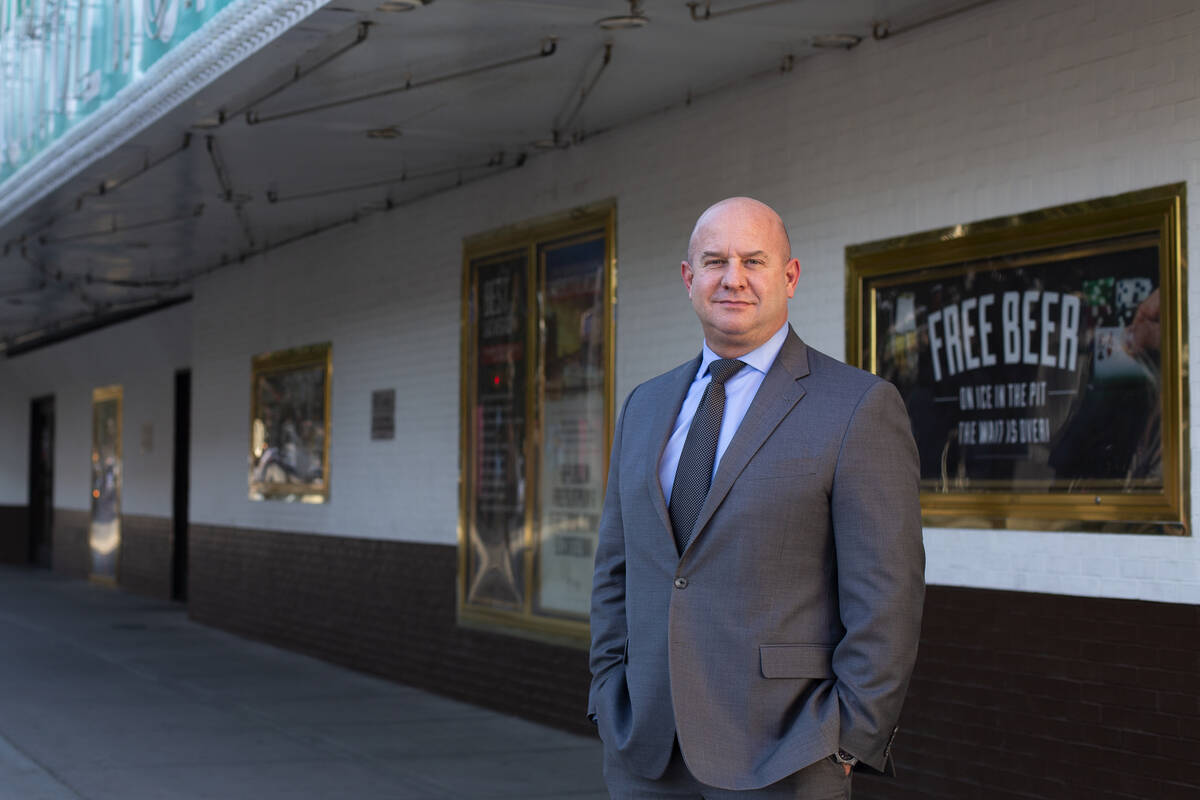 But don’t expect the policies imposed by Circa and the El Cortez to gain any traction in other Las Vegas properties.

Derek Stevens, Circa’s owner, in June 2020 tweeted about his place’s under-21 ban effective on opening day in October 2020. El Cortez this year made its switch to an adults-only property with a two-phase change that began April 1 and is ongoing through the end of the year.

The property tells potential guests, when they seek to book hotel reservations, that those under 21 aren’t welcome. By the fourth quarter of this year, El Cortez will hire more security officers to keep those under 21 from entering the building. Some entrances to the property will be closed or converted to exit-only doors.

‘Works great for us’

Both Stevens and El Cortez General Manager Adam Wiesberg are happy with their decisions, but neither thinks other casinos are going to do anything similar.

“It works great for us,” Stevens said in a recent interview. “That was one thing we wanted to bring into Circa from the beginning. It’s one of the things I may have underestimated, but it’s been a huge, huge success at Circa.”

For El Cortez, it was more about formalizing a policy that already made perfect sense for the historic downtown property, Wiesberg said.

“The decision to go 21 and older is an easy one with very few, if any, negatives and a whole lot of positives,” Wiesberg said. “We’re all family people here, we have kids and we love kids, but when they come into the casino, there’s no pool, there’s no arcade, there’s no food court per se, there’s no shows or any entertainment for anyone under 21, and there’s no real space that isn’t serviced by a bar or gaming in very close proximity. So when kids enter the property, it’s all challenge and no benefit to us.”

Wiesberg’s remark about the absence of an arcade at El Cortez was actually used as a joke by Stevens when he elaborated on his policy.

“Circa was expensive to build and we couldn’t afford the arcade LOL,” Stevens messaged to me.

Both Stevens and Wiesberg — as well as a couple of local gaming industry analysts — are convinced that there won’t be a rush of other properties banning people under 21.

There was some momentum to do so in 1998 when Steve Wynn, then the owner of Bellagio, famously vowed to keep children out of the property, first by trying to ban strollers from the premises.

The policy was relaxed as guests wanted their children to be able to see the floral displays at the property’s Conservatory.

When Bellagio was turned over to MGM Resorts International in the company’s acquisition of Mirage Resorts in 2000, the policy gradually disappeared.

Some resorts have kid-friendly amenities

One reason: Many nongaming amenities have been added to resorts over the years at great expense — bowling alleys, theaters, waterpark-style pools, roller coasters and other family-friendly attractions.

From 1992 to 2003, MGM Grand had MGM Grand Adventures, a theme park with various amusement rides, on its property. It was an era in which Las Vegas touted itself as a family destination and Time magazine chronicled it with a cover story about the changing appeal of the city.

But as with many aspects of Las Vegas, attitudes and philosophies have changed, and the city continues to reinvent itself on many levels, including ideas about whether it should be an adult destination. Stevens and Wiesberg have made their decisions.

‘Focused on gaming and bars’

Stevens said the number of rooms a property has becomes part of the equation on the decision.

“What I mean by that is we don’t have that many hotel rooms, so when I say we’re giving up all of our business for a hotel for people with minors, remember I’ve got one-tenth the number of rooms MGM Grand has or one-fifth of what the Golden Nugget has. So I figure it really depends on the property. It’s something that differentiates Circa, which I like, but I would certainly say this is not a policy that’s for everyone.”

For Wiesberg, the policy enables his staff to focus most of its energy on superior customer service.

“We’re laser-focused on the slot floor and providing good odds and a good gamble and then, in the table games, with our liberal games and to support those gamblers, our bars have been expanded over the years to provide the best drink service while you’re playing,” he said. “Everything is focused on gaming and bars here.”