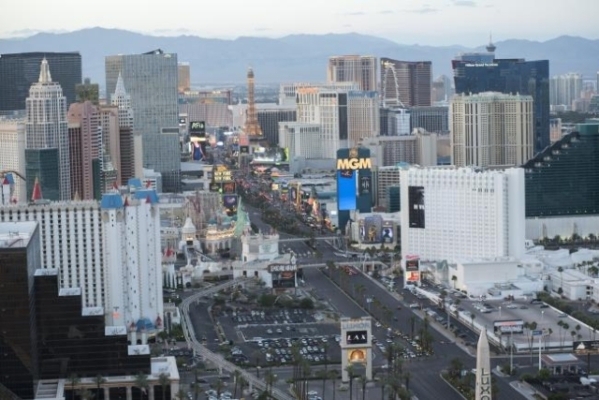 Count the analysts at Fitch Ratings Service as predicting 2016 to be a stable environment for most U.S. gaming operators.

Few casino openings are planned that could tip the scales in saturated gaming markets. Discretionary spending by consumers remains on an upswing. Companies saddled with a hefty long-term debt — this doesn’t include Caesars Entertainment Corp. — have taken necessary steps to address near-term maturities through refinancing efforts and other means.

That’s not to say, however, the casino business is back to the halcyon days of monthly double-digit gaming revenue increases.

“We maintain that the long-term growth prospects for the industry remain lackluster,” Alex Bumazhny, Fitch’s director of gaming, lodging and leisure, wrote in the ratings service’s 2016 outlook for U.S. gaming.

Younger casino customers aren’t as interested in casino-based gambling as baby boomers, Bumazhny wrote. Other gaming-oriented alternatives and entertainment options, such as social casinos, online gaming and instant lottery tickets, are grabbing the attention of consumers and their wallets.

The gaming industry — especially Nevada — is addressing this issue through the development of new games that appeal to younger customers. Skill-based slot machines, which include elements of video-style arcade games geared toward a younger patron, were displayed at October’s Global Gaming Expo in Las Vegas. Most aren’t expected to reach the market until later this year.

“Positively, the larger suppliers have good exposure to mobile gaming,” he said.

Two major casino openings are scheduled for the United States in 2016. MGM Resorts International will open the $1.2 billion National Harbor project in Maryland — 10 miles from Washington, D.C. — in the second half of the year. In California, Penn National Gaming’s $390 million Hollywood Casino Jamul near San Diego opens in the summer.

Bumazhny included in the mix December’s opening of the $300 million Scarlet Pearl in D’Iberville, Mississippi, near Biloxi.

All three, he said, will have “competitive impacts” on their respective markets.

MGM National Harbor will take business from Penn’s racetrack casino in West Virginia and two Baltimore-area casinos operated by Cordish Cos. and Caesars. The privately owned Scarlet Pearl could peel business from the Biloxi market.

Simkins said the drive time between Jamul and downtown San Diego is just 25 minutes, which makes the casino more accessible than the majority of the San Diego-area Indian gaming resorts, some of which have “overly difficult or treacherous” drives.

“In our view, Jamul should benefit from its convenience, appeal as the newest generation casino in the market, and (offer) strong California-centric food outlets that have considerable appeal,” Simkins said.

The early part of the year will be dominated by real estate investment trust news.

Pinnacle Entertainment and Gaming and Leisure Properties are expected to complete their $4.75 billion merger. Pinnacle’s 14 casinos will be acquired by Gaming and Leisure, which will lease the casinos back to the Las Vegas-based company.

MGM Resorts is creating a publicly traded REIT — 70 percent owned by the casino company — in which 10 properties, including seven on the Strip, will form the real estate business. MGM has said its REIT provides the company with “strategic and financial benefits.”

Bumazhny said casinos are “not well-suited” to be REIT tenants.

“Many proposed operating companies will have little margin for error after all of their fixed costs are accounted for,” he said.

Caesars marks the one-year anniversary Friday of the bankruptcy filing for Caesars Entertainment Operating Co. The operating division seeks court approval to eliminate almost $10 billion of debt by placing its two dozen casinos, including Caesars Palace and Harrah’s Reno, into a REIT. Caesars Entertainment will keep ownership in the operator and property companies.

The REIT matters weigh down Fitch’s gaming outlook going into the year.

“We would also be more positive should the pending REIT plans be canceled or if the REIT leases are underwritten more favorably with respect to the operating companies,” he said.