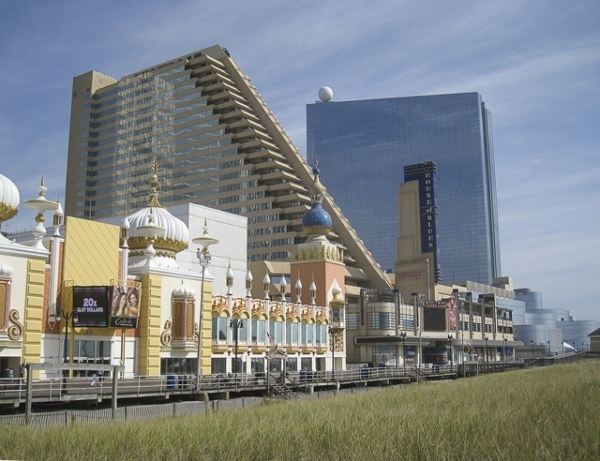 Alex Bumazhny used the big stage of the Global Gaming Expo to cast some doubt on the regional casino markets.

Bumazhny, lead gaming analyst for Fitch Ratings Service, said the reasons often cited for growth in regional casino operations — improvements in the U.S. economy and positive trends for consumers, such as low gasoline prices — actually “mask the secular shifts” and could keep the markets from double-digit growth trends experienced during the 1990s and 2000s.

“We can’t forget that it was only a year ago that Atlantic City, America’s largest regional gaming destination, shuttered one-third of its casinos,” Bumazhny said.

He cited several dynamics that could constrain gaming revenue. The expansion of casinos across the U.S. — 41 states now offer forms of casino gambling — has slowed. Other factors include the growth of social gaming, a still-recovering consumer market, and the lack of gambling interest from a younger customer base.

An economic impact study conducted for the Washington, D.C.-based American Gaming Association concluded gaming was a $240 billion industry that supports 1.7 million jobs and pays $38 billion in tax revenue. AGA CEO Geoff Freeman said a majority of Americans consider casinos akin to any other business in their communities.

The trouble, according to Bumazhny, is that many markets are running into saturation issues. He said 40 percent of the states are “over-penetrated” by casinos.

“With few states having limited or no gaming, new casinos in established markets and casino alternatives make cannibalization of existing casinos a real possibility, particularly in the Northeast,” Bumazhny said.

Look at Atlantic City. The market began 2014 with 12 casinos, but now has eight following the closings of the Atlantic Club, Showboat, Revel and Trump Plaza in the last year. Competition from gaming in Pennsylvania, Delaware and other northeastern states carved up the market’s customer base.

Georgia is the latest state to explore gaming. Lawmakers are in early talks about allowing commercial gaming in the state, possibly a full-scale resort in Atlanta and five smaller casinos. Las Vegas Sands Corp. was so intrigued by the idea, the company pulled its lobbying efforts out Florida to focus on Georgia.

Analysts said casinos in Georgia would hurt gaming along the Mississippi Gulf Coast and in Tunica, Miss.

One question that Bumazhny raises: Are people still gambling real money? Social gaming on mobile devices and computers continues to grow and may be slicing into slot machine revenue.

Bumazhny cited a study by Southern Cross University in Australia that found 58 percent of those who play social games also play slot machines. He said the continued expansion of the virtual casino market — Zynga is looking to move into the business — as well as state lotteries, could slice into casino play.

The lack of interest in gambling by millennials — ages 21 to 35 — is also a concern. He cited a University of Northern Iowa study that showed the customer segment budgets less per gambling and prefers table games versus slot machines.

Bumazhny also worries the baby boomer population, which is heading into retirement facing economic uncertainty “without a full consumer recovery.”

Despite the challenges, Fitch Ratings continued to place a stable outlook on the regional markets.

“The operators’ financial profiles are generally healthy, cannibalization from new capacity will be more benign and the overall consumer health is improving,” Bumazhny said. “A continued economic upswing would benefit regional casino operators, but at this stage it’s a bit too early to tell exactly how far it will go.”