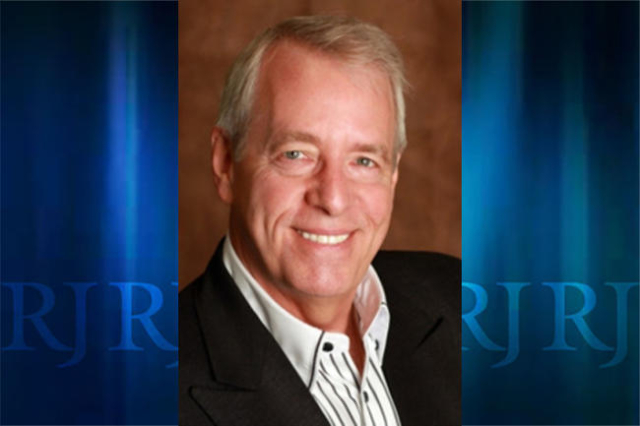 Mike Rumbolz never expected to be a CEO at this stage of his gaming career.

Over Presidents Day weekend, the Las Vegas-based company sacked its CEO and asked Rumbolz, 61, a board member and independent consultant for five years, to take over while a national search takes place for a new top executive.

Rumbolz’ initial task was soothing investors. Everi’s stock price, traded under the ticker EVRI on the New York Stock Exchange, has fallen 62 percent in the past 52 weeks.

“I think I spent about 11 hours in the office on the first day,” Rumbolz said.

All of a sudden, there were multiple offices and personnel in Las Vegas and Austin, Texas, and slot machine game design studios in Chicago and Reno.

His experience seemed to fit.

“I’ve seen both sides,” Rumbolz said. “We need to implement a strategy and vision that provides total solutions for the entire casino floor for customers.”

Everi will report fourth-quarter and year-end financial results next month. TournEvent, a slot machine tournament system, is Multimedia’s most popular product. But in the last quarter, the slot division underperformed because of falling sales.

Rumbolz said the Multimedia transaction in 2014 wasn’t a mistake, although the deal surprised many gaming observers. They believed resurgent Multimedia would end up in the hands of another slot machine maker, not a payment processing company.

“It was a good deal for us,” Rumbolz said. “We just need to make the integration work. There will be a much deeper discussion on the slot machine side.”

Rumbolz made his comments as he boarded a plane for Florida. He was off to handle duties for two jobs: as Everi’s interim CEO to meet with casino customers, and as a board member of Hard Rock Cafe International, owned by the Seminole Tribe of Florida. He is also serves on the board of Employers Group Inc., which provides workers compensation insurance and services.

“I’ve been doing board service,” he said. “This is a bit different.”

It’s not that the CEO position is foreign to Rumbolz.

He oversaw casinos in Atlantic City for Donald Trump, including opening the Trump Taj Mahal. Later, as an executive for the Circus Circus Enterprises Inc., he managed the opening of Casino Windsor, one of Canada’s largest casinos. The property was owned in a three-way joint venture that included Caesars and Hilton Gaming, so there were many operational challenges to navigate.

Before his casino experience, Rumbolz was a Nevada deputy attorney general and state gaming regulator. He was the youngest-ever chairman of the Gaming Control Board when Gov. Richard Bryan appointed him to the post in 1987.

After he’d served as a regulator, political insiders had Rumbolz pegged for politics, possibly attorney general or governor. Instead he went to work for Trump when the New York billionaire began eyeing Nevada for investment.

Rumbolz said he hasn’t spoken with Trump, now the front-runner for the Republican presidential nomination, in almost 20 years.

“Can I say ‘President Trump’? No,” Rumbolz said.

Everi Chairman E. Miles Kilburn called the move to fire CEO Ram Chary “a difficult decision” but in the company’s “best interest.” Rumbolz said the board’s search committee, which he is part of, wants to find a CEO “with a solid background in business.” Points will be added, he said, if the person has history with payment processing companies and gaming.

“The company would be hard-pressed to find an executive with better experience than Mike Rumbolz, with respect to being involved in both the payments sector as well as the games sector,” Eilers said in an email. “(I) wouldn’t be surprised if he ends up being the permanent CEO.”

Rumbolz, however, isn’t seeking a long stay in the seat. He’s happy to remain in place until the search committee identifies qualified candidates. That’s the message he’s told Everi’s investors.

Rumbolz last served as a CEO five years ago at Cash Systems, which competed with Global Cash Access. He engineered the company’s sale to Global Cash and wound up on the board. The CEO job, he said, hasn’t changed much.

“It’s blocking and tackling,” Rumbolz said. “We don’t have a time frame. We need to gauge interest and find the right person.”

Everi may already have its CEO in place.

— Howard Stutz’s Inside Gaming column appears Wednesdays and Sundays. He can be reached at hstutz@reviewjournal.com or 702-477-3871. Follow on Twitter: @howardstutz