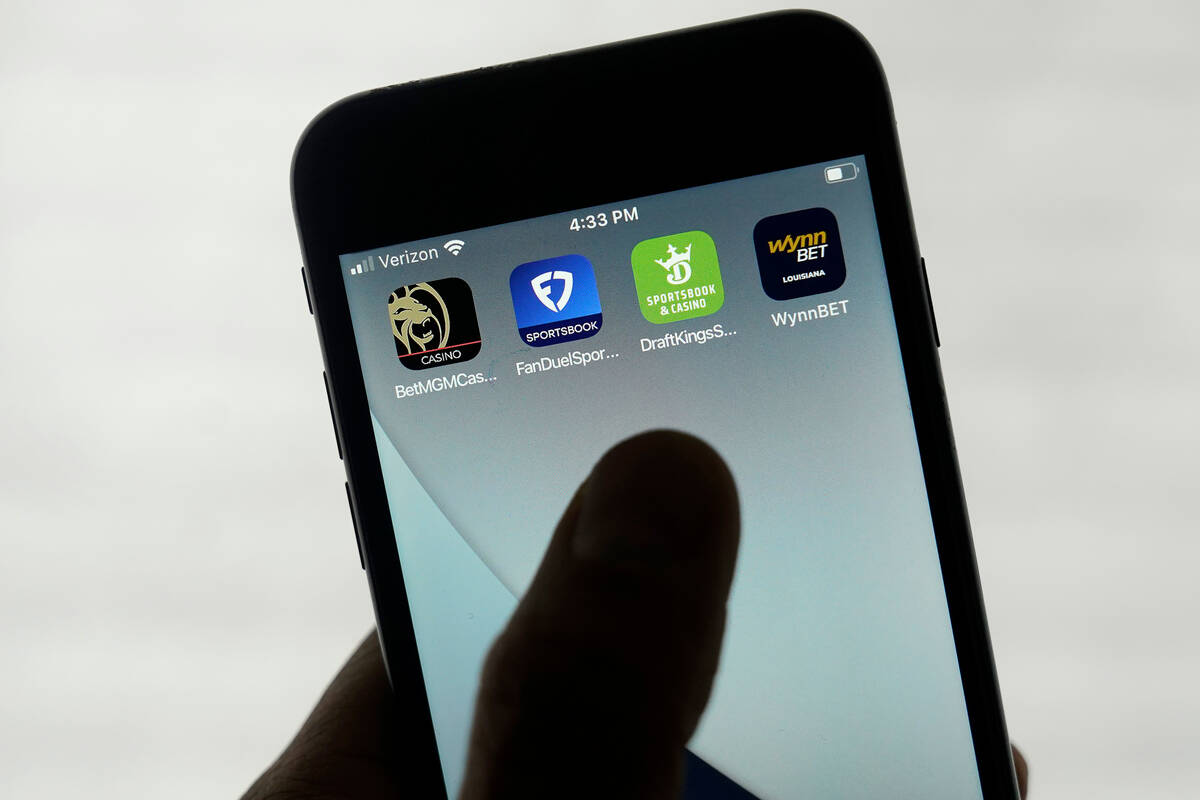 FanDuel, DraftKings and other online gambling apps are displayed on a phone in San Francisco, Monday, Sept. 26, 2022. (AP Photo/Jeff Chiu)

The failure of California’s two dueling sports wagering propositions on this month’s general election ballot has left some important questions unanswered: Will California residents ever be allowed to legally bet on sports, and if so, how long will it take?

Based on what everybody saw when the election results came in, it could take awhile.

Proposition 27, a proposal favored by out-of-state gambling interests that included FanDuel, DraftKings and BetMGM, would have allowed online betting on smartphone apps. Opposed by California’s tribal casinos, the measure was supported by only 16 percent of voters.

The tribes apparently convinced voters that betting online is far more addictive than betting in person and potentially too accessible to children.

Proposition 26, the proposal backed by the tribes that would have offered in-person wagering at tribal casino sportsbooks, didn’t fare much better. It had the backing of just 29.9 percent of voters. Prop 26 had the added incentive of introducing roulette and craps tables to tribal casinos if it passed.

Having two proposals on the ballot seems to have confused voters enough for them to say no to both.

If anything, the dual ballot failures proved that the road to legalized sports wagering in California must go through the tribal operators there.

Like just about every gaming industry observer who weighed in on the likelihood that both propositions would fail, Josh Swissman, founding partner of Las Vegas-based Strategy Organization, said voters said no because of the way the campaigns were run.

“When you have something that requires a bit of education along the way, whether it’s online or in-person sports betting, to have a caustic campaign environment on both sides with both propositions, the people left in the middle — the voting public — were left scratching their heads trying to figure out what’s happening and how it may or may not benefit them and the state of California,” Swissman said in an interview last week.

“The campaigns quickly devolved, as campaigns often do, to finger-pointing, blaming and negativity. The educational process was left by the wayside as a result,” he said.

The pro and con campaigns, by the way, made history as they created the most expensive ballot propositions, spending a total of nearly $600 million, so it wasn’t for a lack of trying.

It’s clear that a lot of damage control is in order, with tribal operations needing to explain why their plan for sports betting isn’t damaging to the public, especially with millions of people embracing sports wagering in other states.

“I think that those who want to see sports betting passed in one way, shape or form, have some work to do,” Swissman said. “They need to unwind what they spent the better part of this year building up all the negative sentiment around the opposition. They need to get back to basics and talk about why having sports betting in the state makes sense. It’s a nice infusion of tax revenue, which every state needs to put in their coffers now. It’s a better way to protect the sports bettors of the state, keeping them from going to operators in the black market. It has created jobs in every jurisdiction where it has gone live.”

Swissman isn’t sure a consensus can be reached among the major stakeholders in California, the tribes, the online sportsbook companies and the state’s card rooms. He believes the Golden State would miss out on significant revenue opportunities without an online component.

“There’s limited upside for companies like FanDuel, DraftKings, BetMGM and Caesars Entertainment in an environment that requires the betting public to actually go to one of the tribal casinos,” he said.

As for how long it will take to regain the confidence of the public, Swissman said it could take as many as four years — but it could be sooner if stakeholders can reach a compromise and take the matter to the California Legislature when it meets next year.

“It may take longer for them to clean up this mess than they have time before the next legislative cycle,” Swissman said. “It’s conceivable that it extends beyond that. You’d think that by 2026 they’re in a decent place. Time heals all wounds to some extent and you’ll have four more years of proliferation of sports betting throughout the rest of the country which may go a long way to educate the voting public in California.”

It’s also possible for California to look to the east for ideas.

Nevada’s sports-betting industry is mature and flourishing and could provide California with a road map toward success. Or, if leaders want to be more conservative, they could look to Massachusetts, which is slowly moving toward starting its own sports-betting program by the end of the year with some additional restrictions that may be palatable to the industry in California.

However it shakes out, Nevada will be watching intently to see whether it will continue to draw customers away from California who enjoy betting on games.