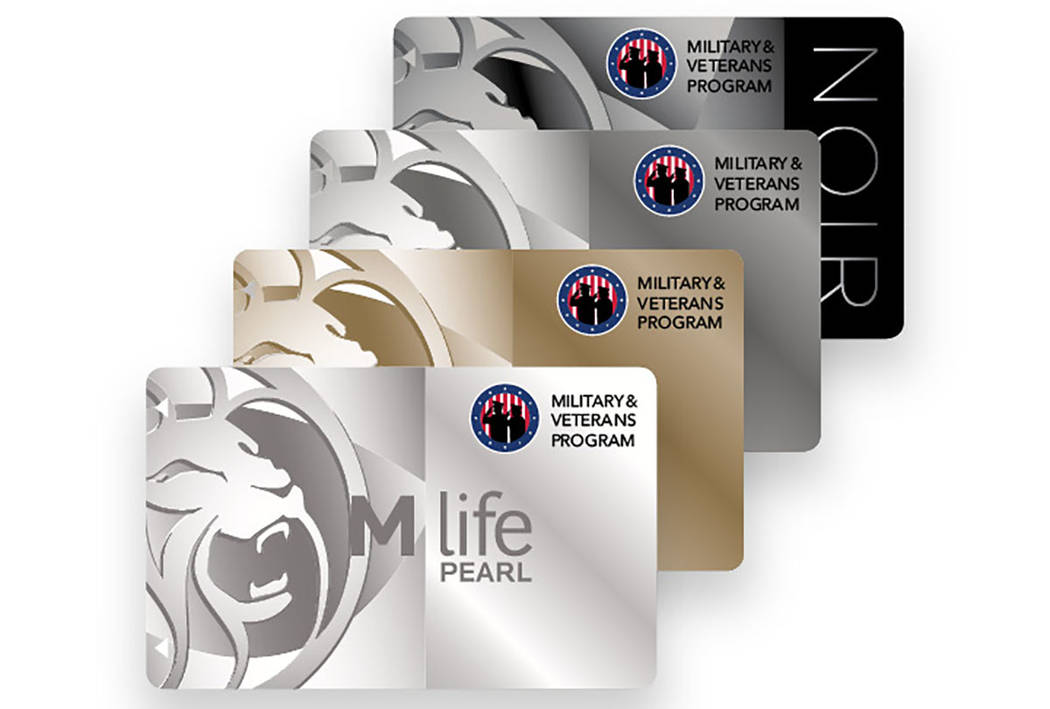 The nation’s casinos have built success over the years by attracting customers with loyalty cards that assure customers return instead of going to Brand X.

MGM Resorts International is ratcheting up the competition with its branded M life card to a demographic that is fiercely loyal to its brands — members of the military and their spouses.

Meet Chief Master Sgt. (retired) Wilson Edgell, an Air Force veteran who served for 27 years, loading armaments on F-16s, A-10s and, just before he retired, was group superintendent for the 432nd Maintenance Group loading drones at Creech Air Force Base north of Las Vegas. One of his last deployments was at Kandahar Air Base in Afghanistan in support of Operation Enduring Freedom.

After Edgell left the Air Force, he joined MGM in February 2013 through the Boots to Business program, the company’s veteran recruitment initiative.

He started out as a senior consultant for organizational development and later became the diversity and disability outreach programs manager where he was responsible for finding career opportunities for veterans, military spouses and persons with disabilities. In that position, he was able to interact with other recruiters at MGM properties across the country.

“The company has always been a significant supporter of our military population, not only here in Las Vegas where we have Nellis and Creech, but I’m talking Beau Rivage with Biloxi (Mississippi) right up the road and in (Washington) D.C. with the dense military population there,” Edgell said in a telephone interview.

MGM has various network groups across departments that kick around ideas to make the company better. A veterans employee network group discussed how the company could better recognize military families.

“What do we do to support our military guests and our military communities that we have properties around?” Edgell asked.

He cited the company’s annual Salute to the Troops co-sponsored with the American Red Cross and USO around Veterans Day.

But the committee wanted something employees could do 365 days a year.

The solution: the company’s new Military & Veterans Program, or MVP. The program had a soft launch in Las Vegas last month and now the company is spreading the word through social media and in publications commonly read by military families.

MGM has created a customized M life card for MVP participants. Because the card is presented in various casino settings it gives employees the opportunity to personally thank members of the military and their families for their service.

All card holders are automatically upgraded to Pearl status, which includes complimentary self-parking, discounts on entertainment, dining, attractions, spa treatments and rooms at all MGM properties throughout the country.

MGM isn’t the first casino company to engage the military and capitalize on their loyalty, but the program appears to be the broadest in scope.

Station Casinos has Operation Thank You, which includes a “military edition” Boarding Pass, that company’s loyalty program. It’s offered to active duty, veterans, Reserve and National Guard employees, but not their spouses.

Wynn Resorts offers a 10 percent discount on all hotel rates to active members of the military and veterans and $30 off tickets to its “Le Reve” show to personnel at Nellis.