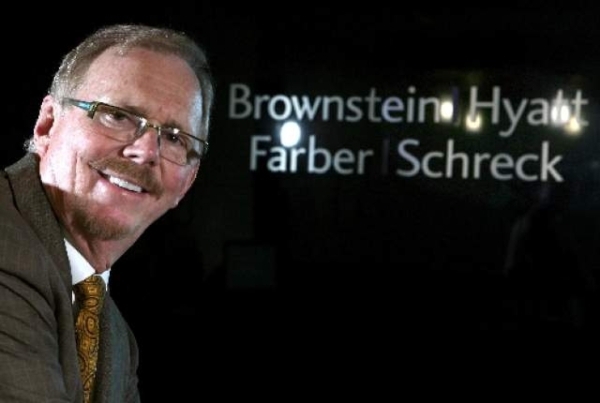 A new Nevada gaming regulation will change the manner in which casinos owned by private investment groups report their quarterly financial results.

The key word is private.

For example, if the new rules had been in place last year, we wouldn’t have known The Cosmopolitan of Las Vegas finally reported a profitable quarter for the first time since 2010 or that SLS Las Vegas lost more than $89.3 million in the first six months of 2015.

A previous licensing structure covering casinos owned by investment houses included a requirement that the ownership register with the Securities and Exchange Commission for reporting quarterly financial results.

Under the proposed regulation, the public financial reporting requirement would be eliminated. The casino operators would still be required to report the financial information in private to the Gaming Control Board.

“There was some concern about confidentiality, where competitors can see their numbers,” Control Board Chairman A.G. Burnett said.

Longtime Las Vegas gaming attorney Frank Schreck, who introduced the proposed regulation last year, told gaming regulators during a hearing this month that public availability of the casinos’ financial information “adversely affected” some of the operators.

The Control Board held a workshop on the regulation in November and discussed the matter at its Feb. 3 meeting in Carson City. The was no opposition to the regulation, and the three Control Board members voted unanimously to send the issue to the Nevada Gaming Commission on March 17 for final approval.

Schreck, whose client list reads like a roster of Nevada casino history, was instrumental in bringing private equity firms into the gaming industry. He helped craft the original licensing structure — known as Voteco — for the investment houses.

At the Control Board hearing, Schreck said the Voteco licensing resulted in some $50 billion of investment that was poured “directly into the Nevada gaming industry” from private equity firms and large financial institutions over the last decade.

“(These are) sources that chose not to invest … previously because of licensing concerns,” Schreck said.

But he testified the SEC requirements cost companies “hundreds of thousands of dollars” in fees and other maintenance charges. Eliminating the filing requirements would also “protect some extremely confidential and proprietary gaming statistics and financial information.”

Burnett said the board confirmed the cost savings aspects of the proposed regulation.

If the Gaming Commission approves the changes, the switch over won’t be automatic. Burnett said the casino owners would have to reapply for licensing under the new guidelines.

What will be lost with the new regulation is transparency on revenue numbers for certain casinos. Resorts, such as SLS, Cosmopolitan and Aliante, could keep their financials in secret.

“I can tell you, the (SEC) requirements are onerous, they are expensive,” Dorn said. “As you probably have seen from our state filings, that is a lot for us. So any change we can make to that would be incredibly helpful.”

At the Feb. 3 hearing, Dorn called the current reporting requirements “extremely expensive for us and anti-competitive.”

Reno gaming attorney Michael Alonso told the Control Board in November that Brookfield Asset Management, the private equity group that controls the Hard Rock Las Vegas, “wholeheartedly” supports the regulation and was hopeful the idea would move forward.

Privately held casino operators with publicly owned debt, such as Las Vegas-based regional casino company Affinity Gaming, aren’t covered by the new regulation and will still have to file quarterly reports with the SEC.

Burnett said the regulation was well-vetted at the both the workshop and the Control Board meeting. He was hopeful that Schreck’s prediction would ring true — that it will stimulate additional investment into Nevada’s casino industry. He also thought the regulation would “make things more compatible” for Nevada’s existing gaming investment companies.

“I think it is definitely in great form for the (Gaming) Commission to review,” Burnett said at the Feb. 3 hearing. “I don’t have any issues with it.”

— Howard Stutz’s Inside Gaming column appears Wednesdays and Sundays. He can be reached at hstutz@reviewjournal.com or 702-477-3871. Find on Twitter: @howardstutz