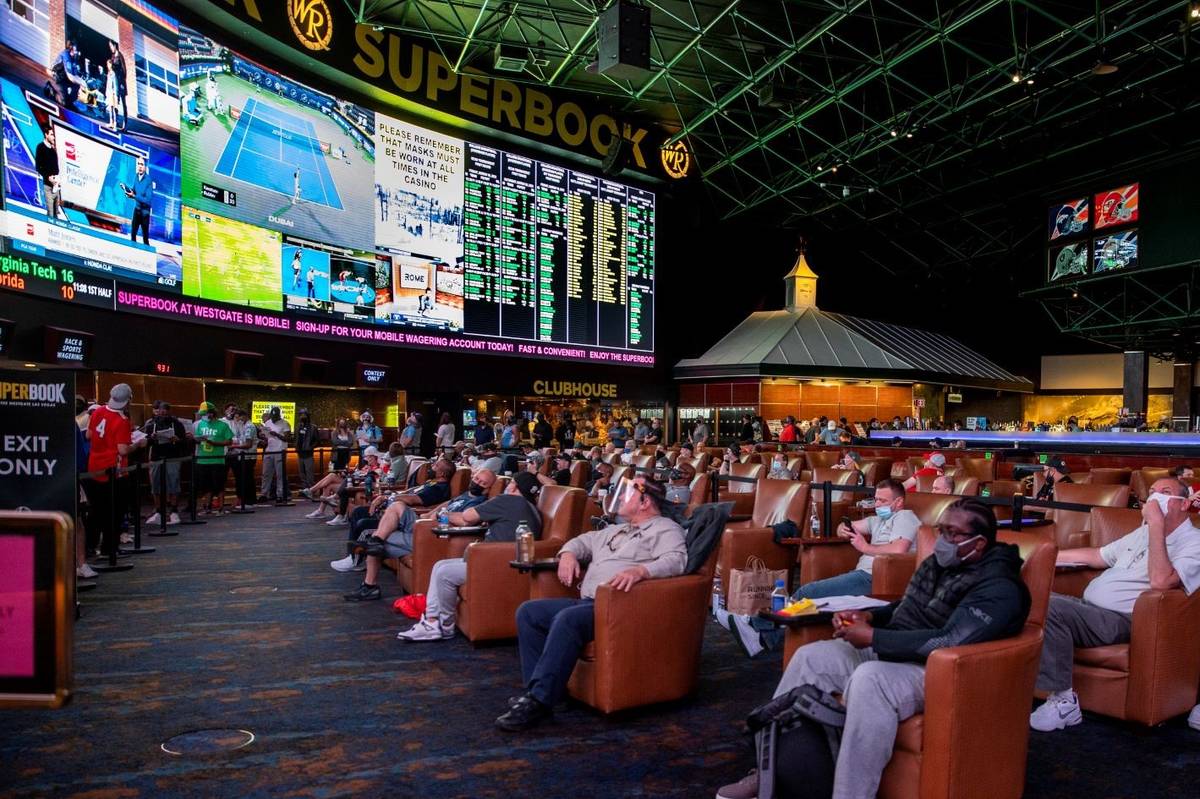 The seats are full for the during opening day of NCAA Tournament play at the Westgate SuperBook on Friday, March 19, 2021. (L.E. Baskow/Las Vegas Review-Journal) @Left_Eye_Images 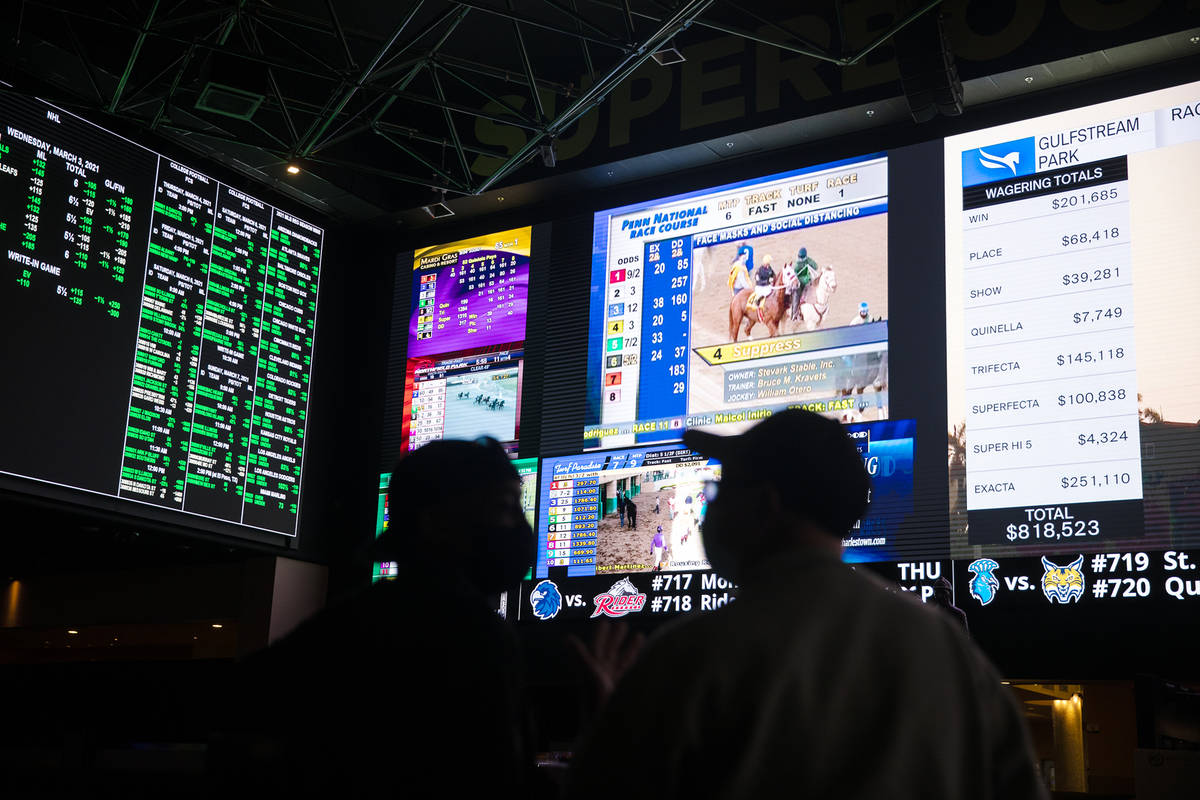 It’s not a coincidence that Problem Gambling Awareness Month occurs during one of the biggest sports wagering opportunities of the year — the March Madness NCAA Tournament.

The tournament is a magnet for sports fans, especially young ones with connections to the 68 schools that participate, and it’s a perfect time to deliver a message about the consequences of overdoing.

It’s exhausting to track all of the partnerships and deals that have occurred between professional sports teams and leagues with gambling entities and affiliated media companies. It’s apparent that colleges and universities will get in on the action because of the massive shortfall in revenue because of the COVID-19 pandemic.

UNLV and University of Nevada, Reno have had gaming relationships with William Hill US since 2017 and 2018, respectively, and in September, the University of Colorado signed on with PointsBet, a Denver-based online bookmaker affiliated with an Australian company.

While few would begrudge a university’s efforts to generate new revenue when it’s available, responsible-gambling advocates argue that agreements between schools and gambling entities should mix in education about the dangers of problem gambling.

The report addresses how sports betting operators, institutions of higher learning and state governments can help mitigate the potential rise of problem gambling among young adults that might occur as sports betting becomes legal in more states.

The council said college and university students tend to have higher rates of problem gambling compared with the general population and college student athletes have an even greater risk for gambling problems than the general college population.

UNLV has one of the world’s leading experts in responsible gambling as a distinguished fellow in the university’s International Gaming Institute. Alan Feldman also has the perspective of being a longtime gaming executive with MGM Resorts International.

“There has been no shortage of hypocrisy in the collegiate environment when it comes to sports and commercialism and sports and gambling,” Feldman said. “That is a decades-old situation. Now that we are seeing an expansion of legalized gambling, I think that the challenge is even more stark.”

The big problem, according to Feldman, is that universities are jumping on the bandwagon in official relationships with gambling entities that don’t have gambling awareness programs on campus. Feldman said those companies “are simply acting irresponsibly.”

“At last check, only 20 percent of NCAA Division 1 colleges who did have substance abuse awareness going on on their campus even mention gambling in the course of that training,” he said.

Feldman said gambling, alcohol and drugs are all the same thing to a psychologist, psychiatrist or counselor.

“Gambling is a substance as it relates to how your brain works,” he said. “So if you’re going to have a drug-awareness program and an alcohol-awareness program, it ought to be a drug-, alcohol- and gambling-awareness program. Yet only one in five Division 1 schools that even had one of these programs ever mentioned gambling at all.”

While Feldman agrees that the use of sportsbook apps is growing, he said technology also represents an opportunity to better monitor a customer’s usage. It’s a matter of identifying whether any harm is coming from a player’s use of an app.

“One of the markers (online sports companies) can identify might give some insight into whether somebody is showing signs of harm,” he said. “As more data is able to be collected and studied, we’re going to start to find out which of these are actual markers of harm and which are markers of aberrant activity.”

Some of the potential solutions: automatic timeouts from placing bets, which could last anywhere from 24 hours to a month.

“What is for certain is if you pay no attention to it and if you put nothing in place, if you just let everyone off to do anything they want, you’re definitely going to increase the number of people who are going to get into trouble and cause harm,” he said.

And Feldman believes that as technology and cashless gaming systems are being used by younger and younger crowds, it’s important to educate users first.

“Gambling education is something we really ought to be considering nationwide for middle-schoolers and beyond.” 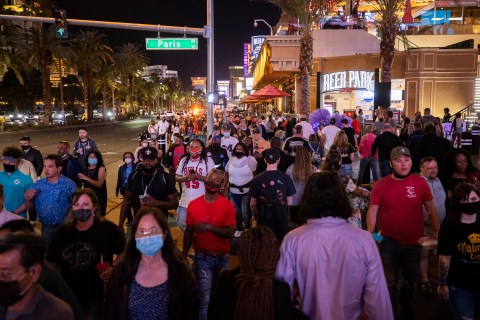