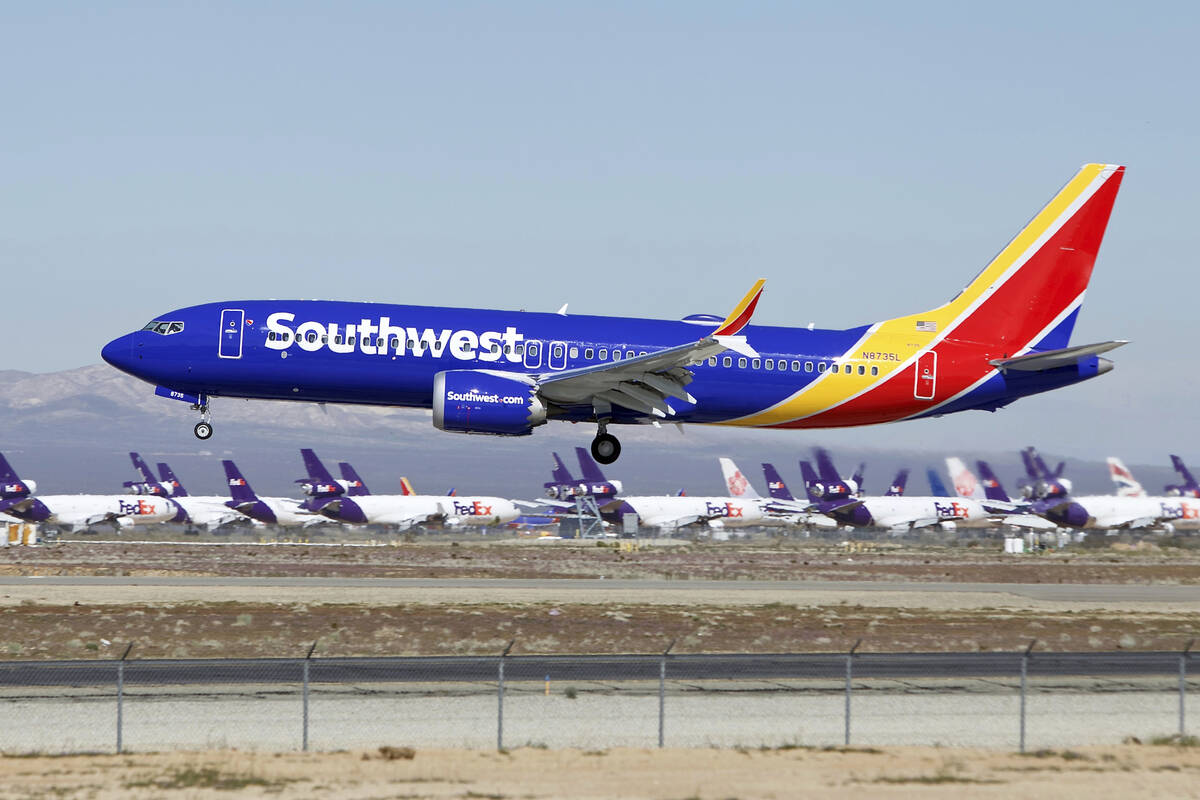 Southwest Airlines has plenty of fans among its passengers. Many love its low fares, friendly demeanor and policies such as free baggage checks and no flight cancellation fees.

But the Dallas-based airline is treading in uncharted waters these days, after thousands of passengers were inconvenienced earlier this month when Southwest had to cancel hundreds of flights because of Florida air traffic control and weather issues. Now, its COVID-19 vaccination policy may test customer support again.

Southwest — and another Texas-based carrier, American — could potentially lose more goodwill with the public with the companies’ COVID-19 vaccination policies.

Southwest Chairman and CEO Gary Kelly had plenty to say about the matter during Thursday’s third-quarter earning call with investors and the media. The bottom line: Despite a White House executive order for all federal government contractors to have their employees vaccinated by Dec. 8, Southwest says it won’t force its employees to get shots and won’t fire anybody who doesn’t.

“We’re not going to fire anybody that doesn’t get vaccinated,” Kelly said. “How we work through the people who don’t get vaccinated or do not seek an (religious or medical) accommodation we’re going to have to figure out and we’re working with the (federal) government on that. It makes no sense that we would not respect that and find some way to work with our people, and that’s what we are determined to do, to get the right balance between taking care of our people and maintaining our government contractor status.”

Southwest has a hefty government contract, serving as a charter for the military and other government agencies, being part of the civil reserve air fleet and shipping the mail. Losing contracting status would be a financial blow for the company.

Kelly recognizes that policies requiring vaccinations are a political issue.

It’s a political issue and a polarizing issue, he said. “And there are very strong feelings among some on both sides of this question,” said Kelly, who has said publicly that he has been vaccinated.

Officials at McCarran International Airport are staying out of the matter. While the airport has its own rules about wearing masks in terminals, it has no reason or desire to become embroiled in a vaccination controversy.

United and Delta view things differently from Southwest, establishing a deadline by which their employees had to be vaccinated or face termination.

United, the first major carrier to require its employees to be vaccinated, has begun terminating about 200 workers who either never got shots nor sought an exemption. Delta says it plans to allow employees to get regular testing, which will cost each unvaccinated worker an extra $200 a month in insurance payments.

Meanwhile, Southwest says it will continue to negotiate with the federal government to keep its contracts while finding a way to convince their workers to be vaccinated without threatening them with dismissal. Kelly said Thursday he doesn’t know what percentage of employees have been vaccinated but noted that number is irrelevant because of the company’s belief that the company shouldn’t be forcing them to do something they don’t want to do.

The bigger picture, as it relates to Las Vegas, is how all of this is going to affect the city’s tourism since Southwest commands a 39 percent market share of the people who fly here, and the airline has more flights in and out of McCarran than any other commercial air carrier.

Will there be any backlash against Southwest, especially after the Oct. 9-10 flight cancellation debacle, which, incidentally, cost the airline an estimated $75 million? Will would-be passengers think twice about booking on Southwest, knowing that there’s a possibility their pilots and flight attendants may not be vaccinated or that there could be disruptions that would spoil their holiday travel plans?

Would Las Vegas, desperately seeking more convention traffic to fill midweek hotel rooms, suffer as a result of Southwest’s plans or will travelers be willing to fly on a more expensive, less convenient alternative air carrier?

The answers to those questions remain to be seen.

In the meantime, Southwest’s Kelly said the airline is doing what it can.

“We want this pandemic to end,” he said Thursday. “We certainly want to do everything that we can to encourage people to get vaccinated. I for one believe that is the path and that’s the path we’re promoting. We have tried to encourage people to get vaccinated and further with incentives as opposed to using a more punitive approach, such as charging employees if they’re unvaccinated.”