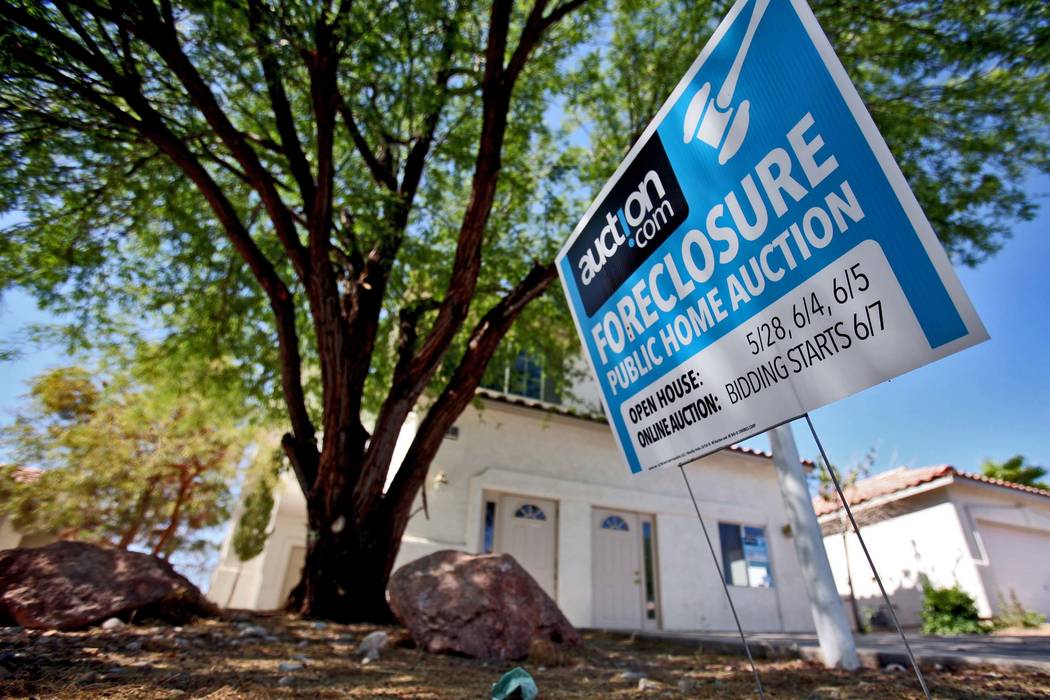 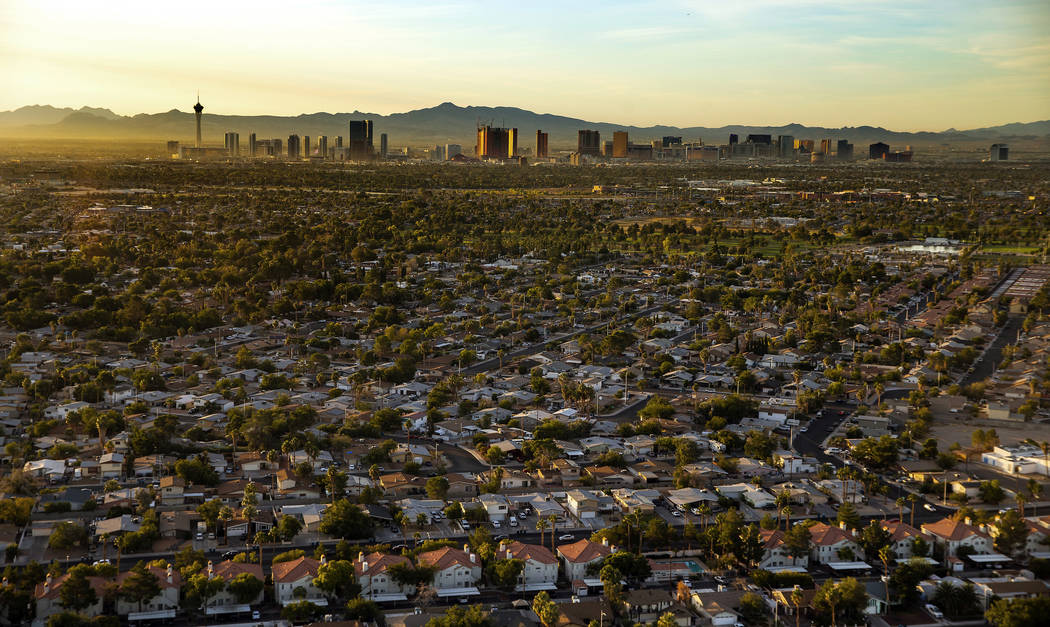 The sun rises on the city looking to the Strip from the west end on Wednesday, Oct. 16, 2019, in Las Vegas. (L.E. Baskow/Las Vegas Review-Journal) @Left_Eye_Images

Not long after I moved to Las Vegas in 2012, I went to a friend’s house in the southwest valley. If street parking is tight, he told me, just use the driveway next door.

The neighbors wouldn’t mind. There weren’t any.

The abandoned two-story house with a pool was sold at a foreclosure auction in 2013 and quickly traded hands again, property records indicate. Such deals used to dominate Las Vegas’ battered housing market, but today they barely make a blip.

So-called distressed sales — purchases at foreclosure auctions and sales of foreclosed or underwater homes — account for 3.3 percent of resales in the valley this year, down from almost 73 percent in 2011, when the economy was in the gutter, according to figures from Las Vegas consulting firm Applied Analysis.

After a heated stretch last year, the housing market has cooled off with fewer sales, slower price growth and a jump in listings without offers. But distressed sales keep tumbling, another sign that the slowdown hasn’t become a meltdown.

Sales of underwater or foreclosed homes are “near historically low levels,” comprising just 2.4 percent of resales last month, according to the Greater Las Vegas Association of Realtors.

Short sales — when a bank agrees to sell a home for less than what’s owed on the mortgage — comprised around 45 percent of resales in fall 2012, according to the GLVAR. But they’ve plunged as rising prices lifted borrowers valleywide out from underwater status.

Meanwhile, foreclosure sales accounted for a jaw-dropping 83 percent of resales in early 2009, GLVAR data show, but plunged over the years as fewer borrowers lost their home to lenders.

Las Vegas, of course, was flying high during the wild mid-2000s housing bubble with fast-rising property values and booming construction, but crashed harder than most after it burst.

Foreclosures swept through neighborhoods, most people with a mortgage were underwater, and vacant homes were left all over the valley, enabling a widespread squatter problem even as the market improved.

Locals often wonder whether we’re in a bubble, about to be in one, or whether a crash is around the corner — all valid concerns, given what happened last time. You can never rule out another housing bust, but despite this year’s slowdown, a cataclysmic crash appears unlikely.

Las Vegas’ unemployment rate has been tumbling for years, homebuyer activity has increased recently, and even though development has gained speed, the local economy doesn’t rely as heavily on construction as it used to.

But down the road, if you start seeing repo notices on more of your neighbors’ doors, and start hearing that no one can sell their house for more than they owe, it’s time to buckle up.