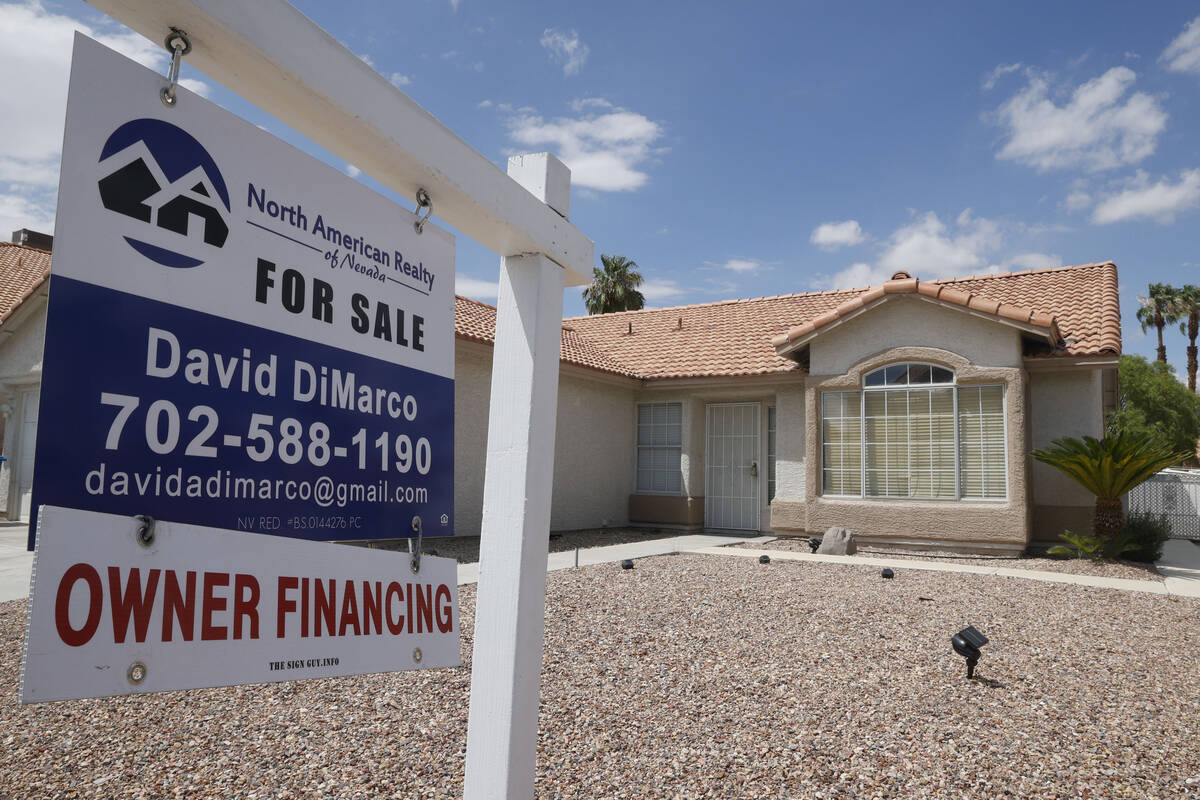 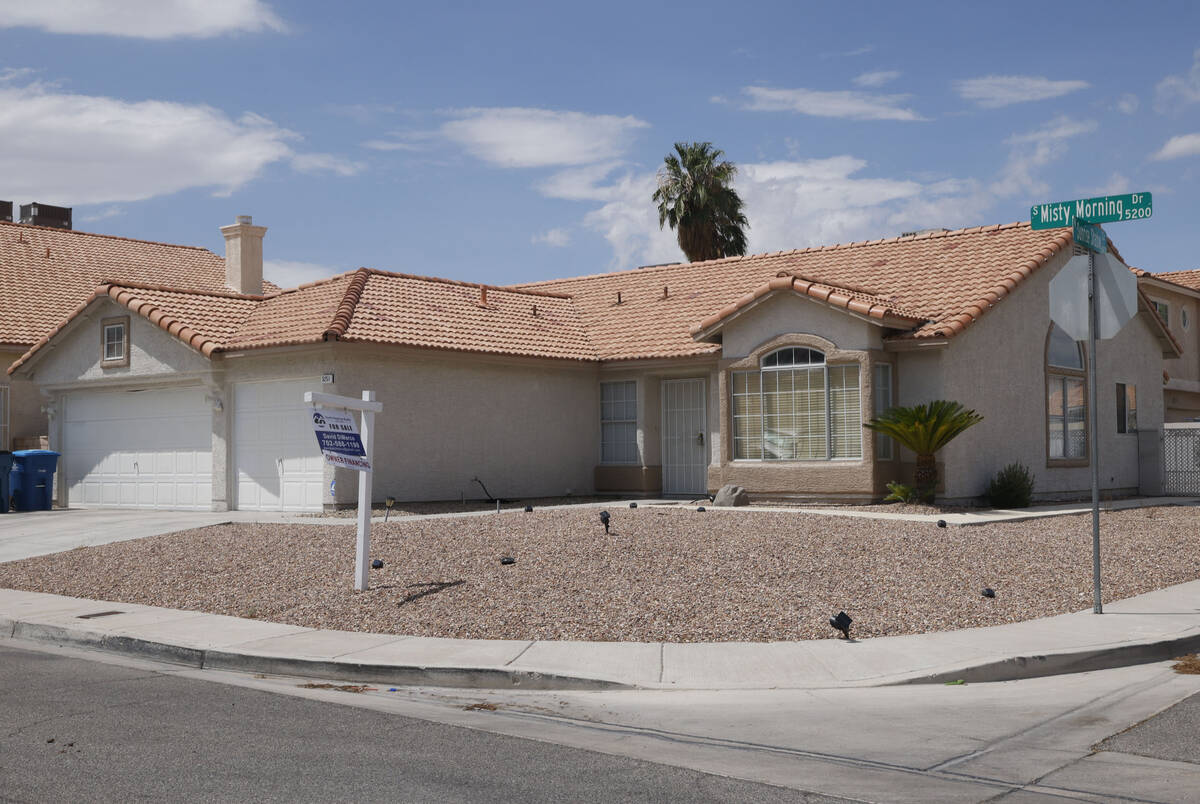 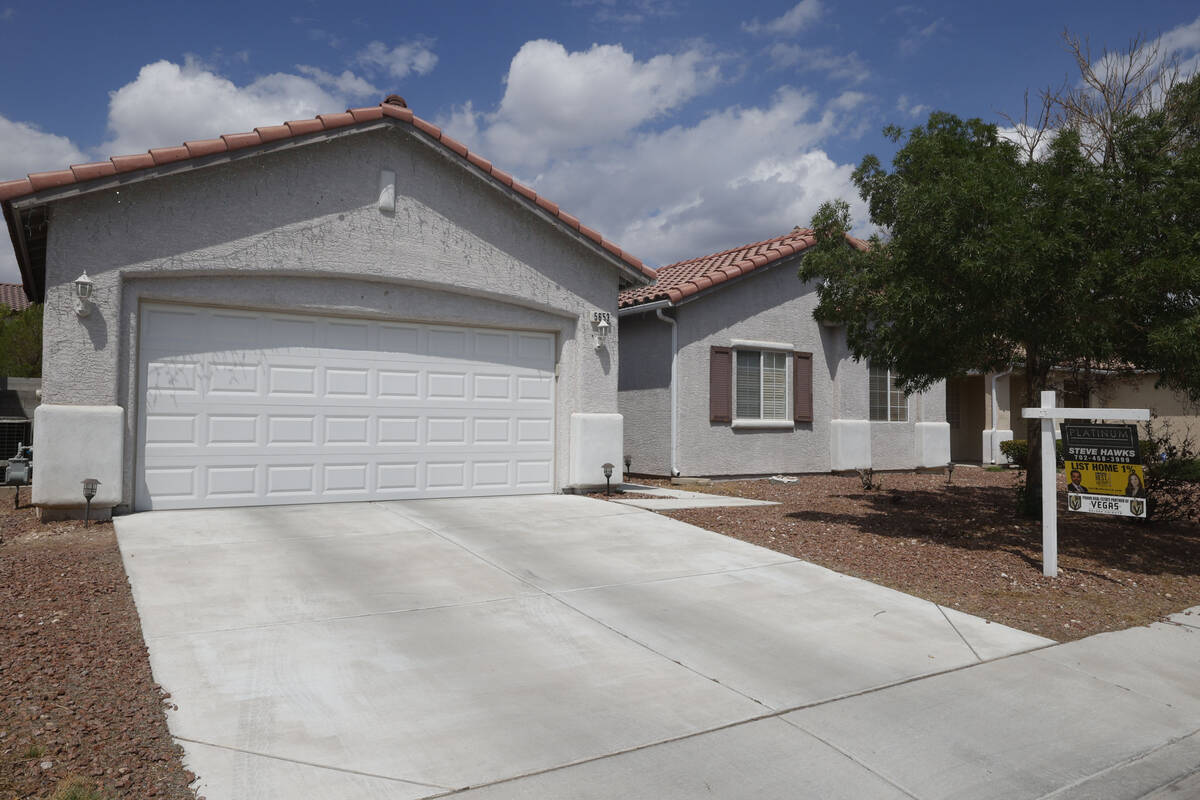 Industry groups have reported a “plunge” in sales nationally, less competition among buyers and the highest rate of sales cancellations in the U.S. since the onset of the pandemic.

All of this comes as higher interest rates make it all the more expensive to buy a home following a year of huge price gains in Southern Nevada and around the country. This past week, however, the pressure eased up a bit.

The average rate on a 30-year mortgage was 4.99 percent as of Thursday, down from 5.3 percent the week before, mortgage buyer Freddie Mac reported.

This marked the first time since April that rates fell below 5 percent, albeit barely.

Of course, interest rates are still higher than last year’s rock-bottom levels, and this week’s slide doesn’t mean the mortgage market is about to throw it in reverse and make super-cheap money available to homebuyers again.

But home sales have been tumbling in Las Vegas and around the U.S. lately, and if borrowing costs keep falling, it could spark more buying activity.

For now, sellers shouldn’t get too excited. Freddie Mac Chief Economist Sam Khater said in a news release this week that rates are likely to “remain variable” because of uncertainty surrounding inflation and other factors.

In Southern Nevada, the housing market has by no means screeched to a halt amid rising rates this year, but it has slowed down.

On the resale side, buyers picked up around 2,670 single-family homes in June, down 8 percent from May and almost 25 percent from June 2021, trade association Las Vegas Realtors reported.

The median sales price in June was $480,000, down 0.4 percent from May, the first month-to-month slide in more than two years.

Just over 27 percent of pending sales in the Las Vegas area fell through in June, the highest cancellation rate in the nation, according to real estate brokerage Redfin.

Moreover, some 20 percent of Southern Nevada listings had a price cut in June, the fourth-highest share in the U.S., listing site Zillow reported.

On the construction side, Southern Nevada builders logged 713 net sales — new purchase contracts minus cancellations — in June, down almost 24 percent from the same month last year, according to figures from Las Vegas-based Home Builders Research.

The sales tally in June was the lowest of the year and marked the third consecutive monthly drop, the firm reported.

Fueled by record-low mortgage rates that let buyers stretch their budgets, Southern Nevada’s housing market reached its most frenzied pace in years in 2021. Sales prices hit new all-time highs practically every month, buyers flooded homes with offers, and homebuilders put buyers on waiting lists and in some cases drew names to determine who could purchase a place.

It’s anyone’s guess what the market will look like in the coming months. Remember, it wasn’t too long after the coronavirus outbreak devastated the economy and turned our lives upside down that people embarked on what eventually became a prolonged home-buying binge.