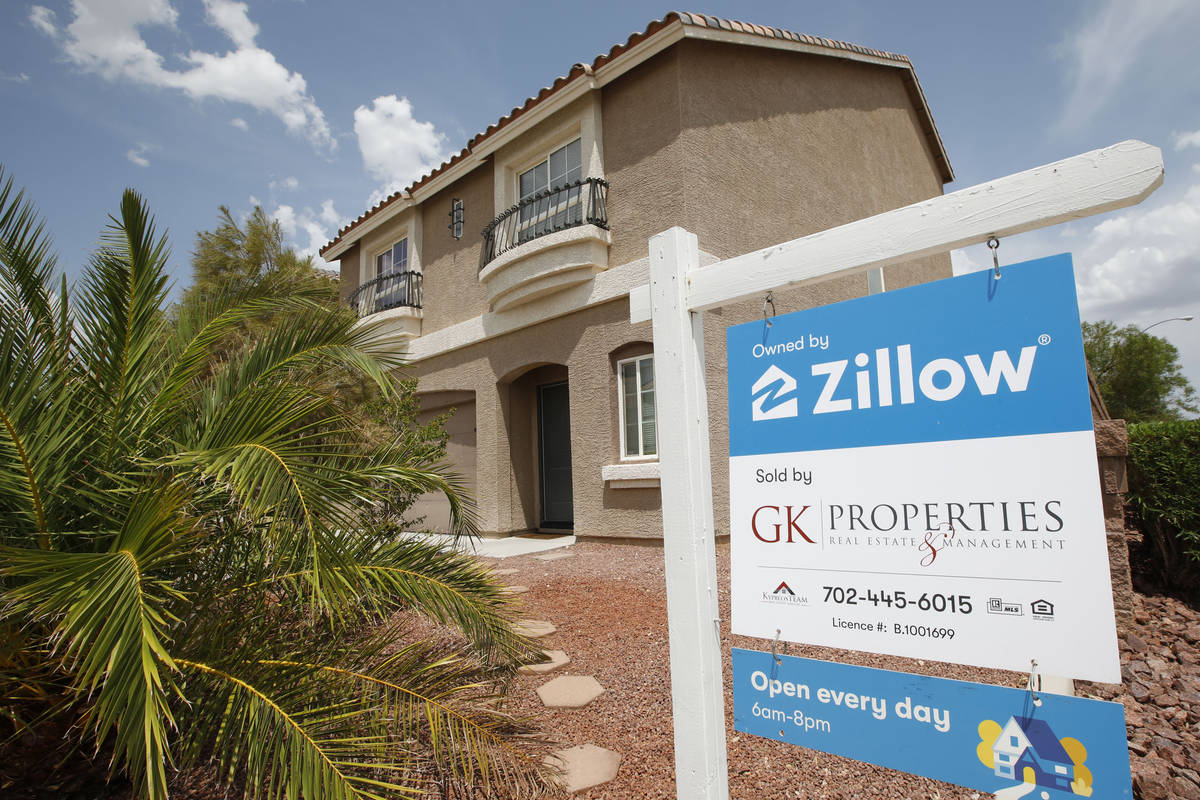 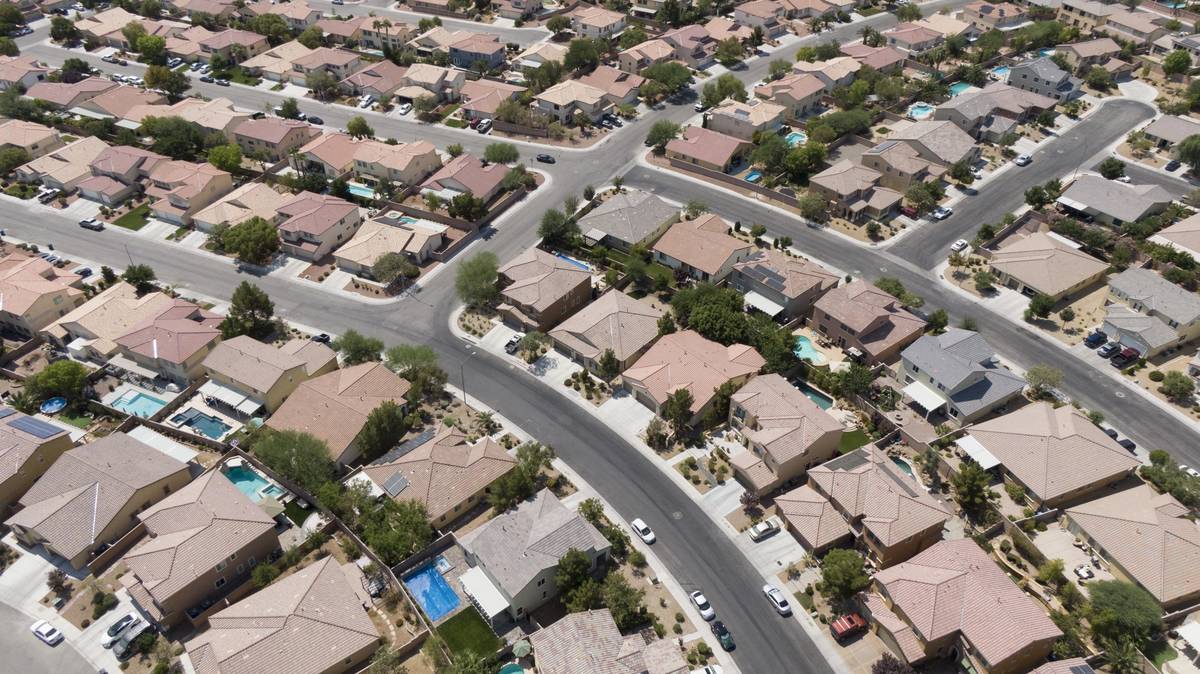 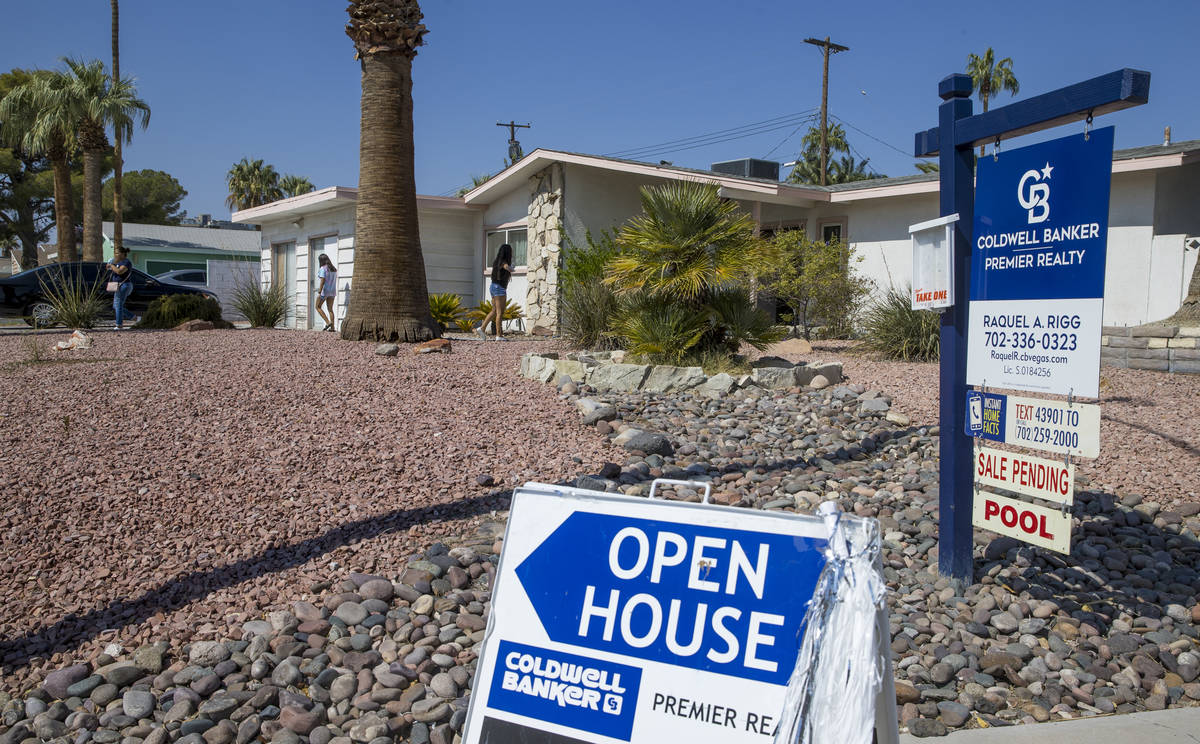 Gov. Steve Sisolak has now reduced restrictions and realtors can once again show properties in person such as the house at 1734 Sombrero Drive on Saturday, Oct. 3, 2020, in Las Vegas. (L.E. Baskow/Las Vegas Review-Journal) @Left_Eye_Images

You don’t have to look hard for signs of Las Vegas’ heated housing market.

Just this week, a home in the Spring Valley area sold for $22,000 over the asking price, a house in Summerlin traded for $75,000 over the listing price and a house in Henderson sold for nearly $160,000 above what it went for just a few years ago, listing records show.

Overall, house prices are hitting new all-time highs every month in the Las Vegas area — but in one way, values are still below the peak of the bubble 15 years ago.

The median sales price of previously owned single-family homes — the bulk of the market — was a record $405,000 in July, up a staggering 22.7 percent from a year earlier, and the first time it ever shot past the $400,000 mark, trade association Las Vegas Realtors reported.

The $18,800-plus gap between then and now underscores just how bloated Las Vegas’ housing bubble was, and how, despite the frenzy we’ve seen over the past year, there are still some key differences between today’s hot streak and the one that ended in financial catastrophe.

Las Vegas’ current frenzy will end at some point, though how or when is anyone’s guess. For now, thanks largely to cheap borrowing costs that have let buyers stretch their budgets, prices keep escalating and houses are selling rapidly.

During the frenzied mid-2000s, the market skyrocketed on easy money. Practically anyone could get a mortgage, as lenders frequently opened the vaults without verifying borrowers’ income.

Las Vegas builders were putting up far more houses than they are now, developers envisioned forests of condo towers in the valley, and house flipping was an easy moneymaker.

When the bubble burst, Las Vegas was ground zero for America’s real estate wreckage. People throughout the valley lost their homes to foreclosure or saw their property values plunge, leaving them deeply under water, and the region was littered with abandoned, partially built projects.

Today, analysts have noted the differences in the housing booms and, as a result, believe the current one isn’t destined for the faceplant the other one suffered.

In September of 1930, an ad in the Las Vegas Evening Review-Journal offered “160 acres-near town-fronting on Los Angeles highway” for $75 per acre.

Adjusted for inflation, the asking price back then, in what was a tiny desert outpost, still only amounts to $1,233 per acre today.

The L.A. Highway, of course, is now known as the Strip, where land values have reached tens of millions of dollars per acre in the casino-packed corridor.

“Has possibilities for big profit,” the ad declared.