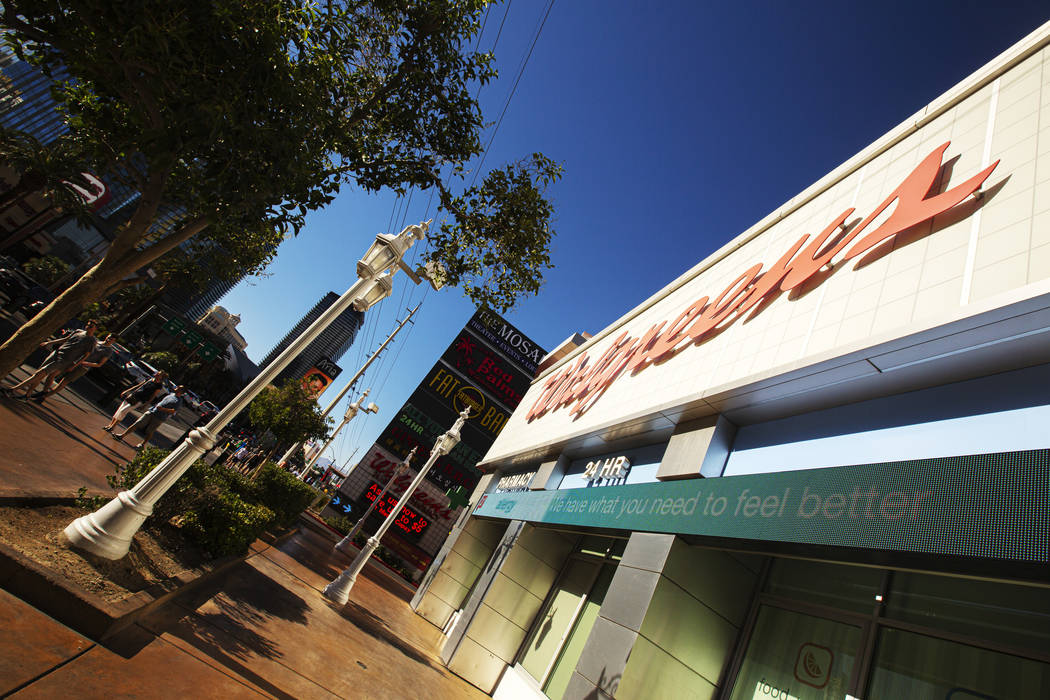 People walk by the Walgreens on the Las Vegas Strip on July 11, 2019 in Las Vegas. (Michael Blackshire/Las Vegas Review-Journal) 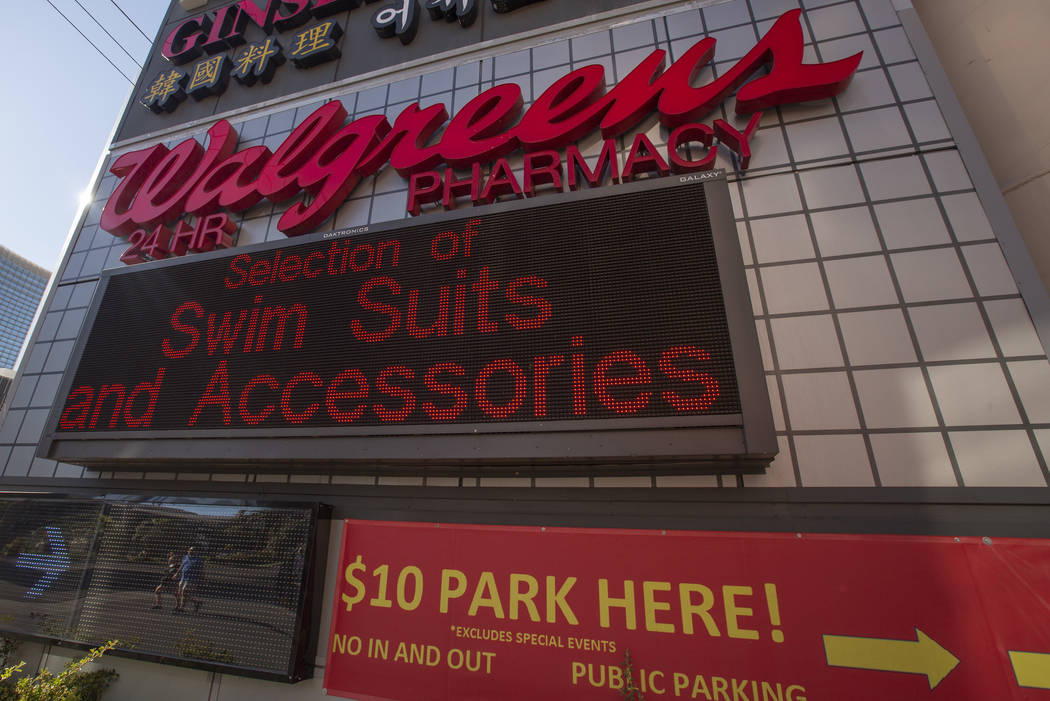 People walk by the Walgreens on the Las Vegas Strip on July 11, 2019 in Las Vegas. (Michael Blackshire/Las Vegas Review-Journal)

The Strip may be lined with towering hotel-casinos, but there’s a lucrative set of shops on the boulevard slinging snacks, medicine, booze and shot glasses — and investors pay big bucks to be their landlord.

Walgreens and CVS drugstores on tourist-choked Las Vegas Boulevard book huge sales numbers, local real estate brokers have said. In the most recent deal for one of these locations, Walgreen Co. bought its own building near Showcase Mall from its former landlord for $30 million last month, property records show.

Tourists or conventioneers can drop in to the drugstores for toothpaste, liquor, chips, sunscreen and other items they forgot at home or didn’t bother to bring, and they can buy a case of water for practically the same price as a bottle of water inside a hotel, according to NewMarket Advisors broker Dave Johnson, who finds store locations in Las Vegas for CVS.

He said CVS stores on the Strip have set record sales numbers, and the traffic volumes “are just tremendous.”

“That’s why Walgreens can afford to pay $30 million for their location,” Johnson said.

Asked why the pharmacy giant bought the building and if it plans to purchase any others on the Strip, Walgreen Co. spokeswoman Alexandra Brown said, “We do not have information to share at this time.”

Efforts to get comments from CVS were unsuccessful.

Walgreens operates six locations on the Strip (well, five if you don’t count the store on the north side of Sahara Avenue across from the Sahara Las Vegas in city limits), and CVS has three.

Over the past several years, investors have paid as much as $71 million for a drugstore property on the Strip, property records show, though according to Johnson, that outlier deal also included air rights.

In the valley’s residential areas, where there aren’t mobs of tourists walking around, drugstores don’t command nearly the same value or pay nearly as much in rent as they do on the Strip.

“Overall, it’s been a very good market for us,” he said.