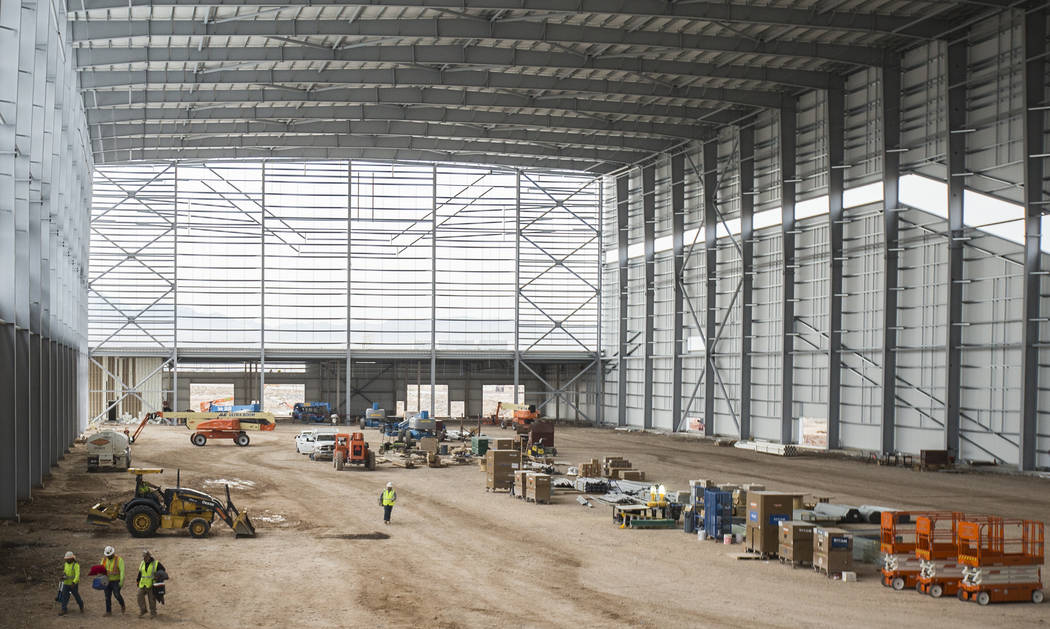 When the Raiders sold their practice facility last week for more than $190 million and leased it back, it may have caught people by surprise.

But these kinds of transactions — selling a building and renting it right back — are common, and Las Vegas has seen billions of dollars’ worth of such deals in the past several months alone.

The Raiders sold their under-construction Henderson headquarters and practice center for $191 million to Chicago-based Mesirow Financial and leased it back for 29 years, with seven 10-year extension options, filings with the Clark County recorder’s office show.

The sale closed Feb. 21. The filings do not show the NFL team’s annual rent.

Sale-leasebacks are found across several industries, from fast-food and fitness centers to casinos on the Strip. Sellers get a bundle of cash and lock in a long-term lease, and buyers collect a steady stream of rent.

At least, that’s the goal. If the seller runs into money problems or goes out of business altogether, the landlord’s rental income can dry up, especially if it can’t find a new tenant.

“We are signing up for a very long-term deal” and relying on the tenant “to pay us our rent,” he said.

Sellers may want to cash in on their real estate to invest in a project, pay down debt, buy a company or issue a dividend to shareholders.

Meanwhile, low interest rates are making it cheaper for landlords to borrow money for a purchase. Sellers benefit too, said CBRE Group’s Guy Ponticiello, a Chicago broker who specializes in sale-leasebacks.

Given the lower financing costs, he said landlords can fetch better overall returns and, as a result, might be willing to charge lower rents.

Ponticiello also said it’s “very common” for projects to be sold and rented back before construction is finished.

It might seem obvious why the Raiders sold the Henderson facility, given the price they fetched, but the team isn’t saying. Raiders President Marc Badain declined to comment on the transaction this week.

However, the deal wasn’t unique in the valley, as Las Vegas saw a burst of casino leasebacks in recent months.

In a joint venture with MGM’s real estate investment trust, Blackstone also acquired MGM Grand and Mandalay Bay in a $4.6 billion deal and leased them back to MGM Resorts for an initial annual rent of $292 million combined.

Bender said casino REITs are relatively new and haven’t lived through a recession yet, and it’s unclear how their leasebacks would shake out if the economy falls apart again.

When buyers draw up a leaseback with a casino operator, one thing to look at is whether the tenant can “withstand 30 years of rent payments.”

“That’s the big question,” he said.