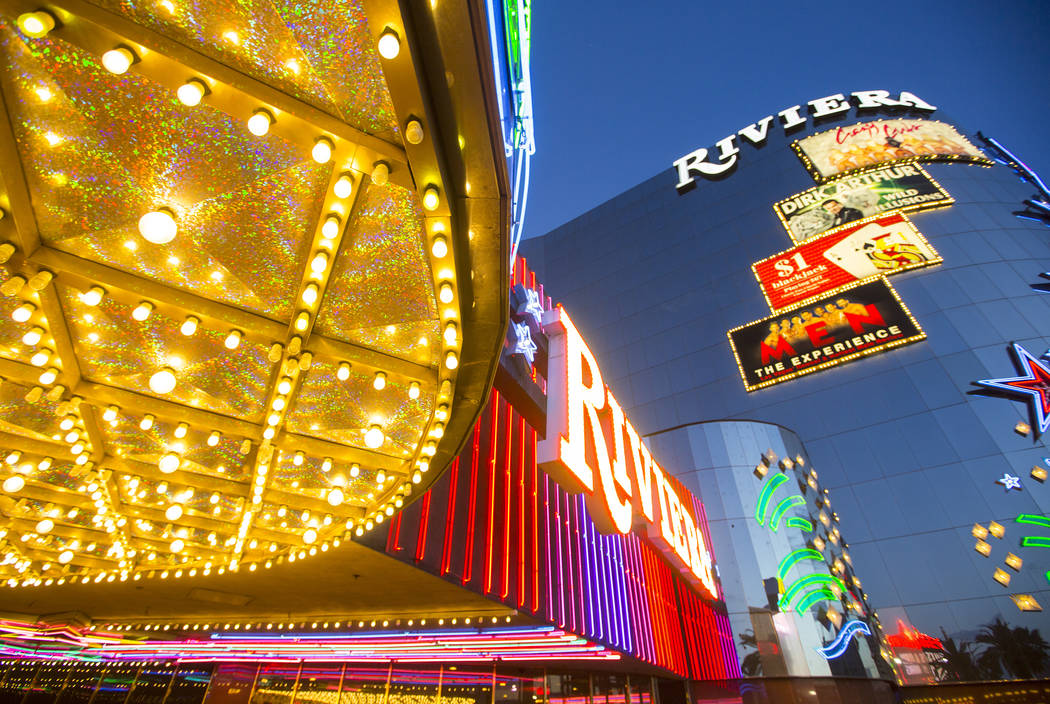 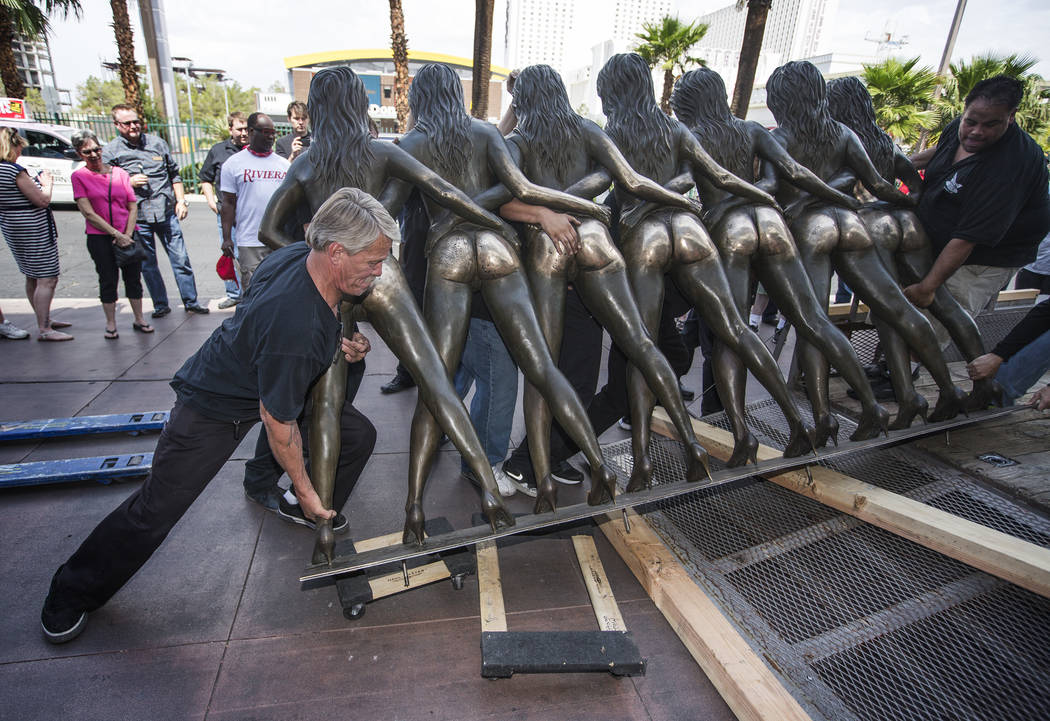 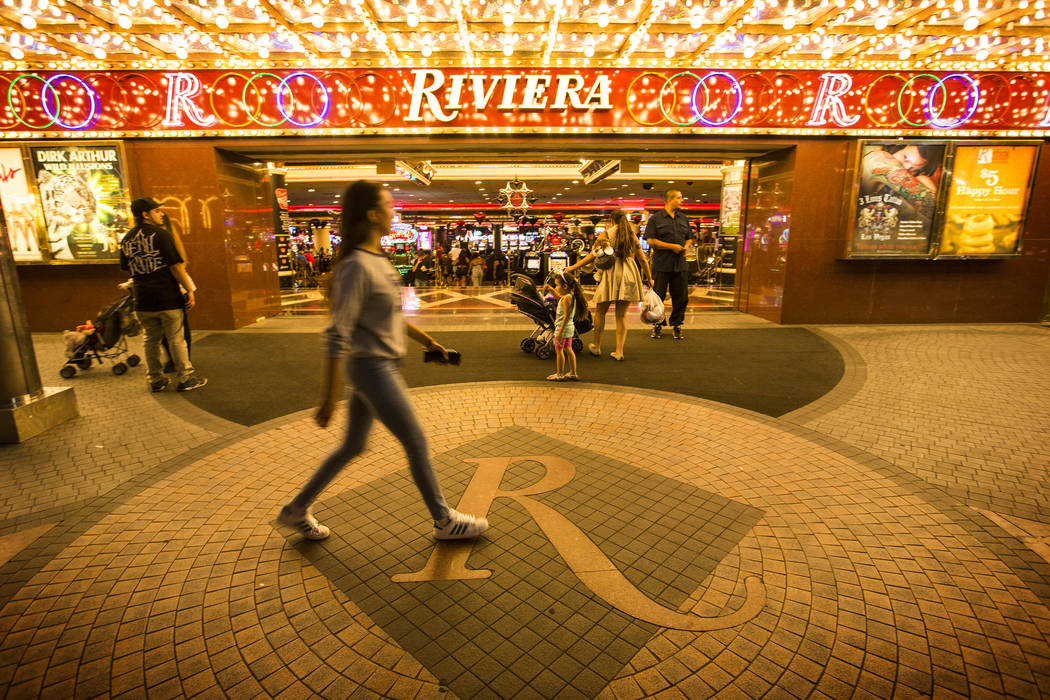 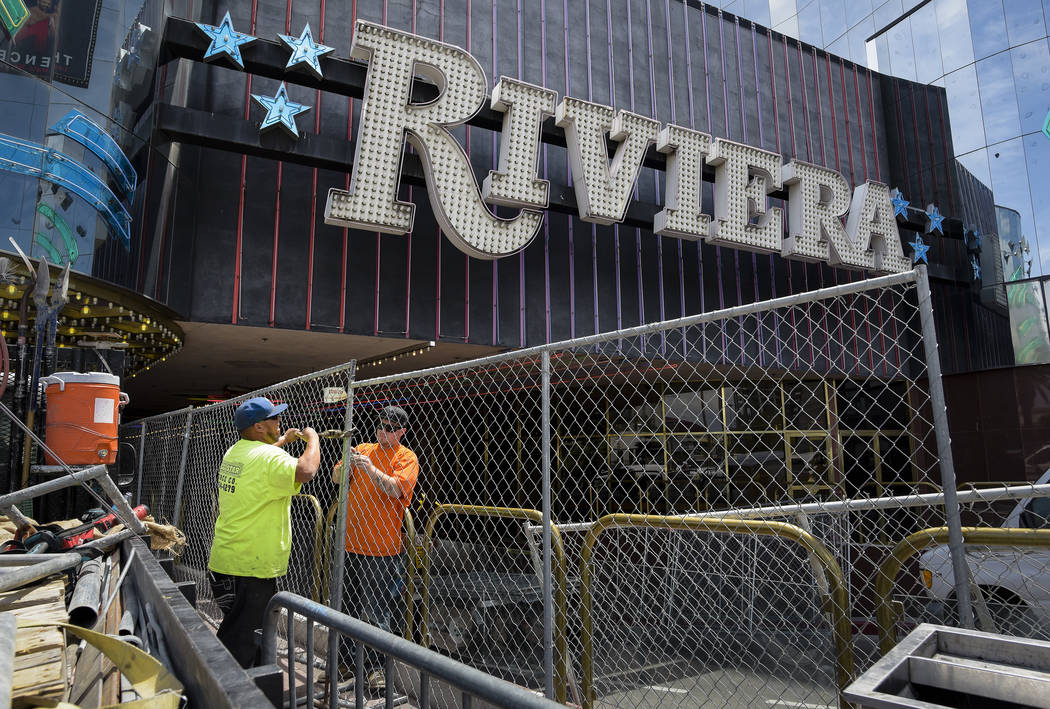 Las Vegas tourism boss Steve Hill wants to sell a chunk of the former Riviera site, saying it may be the most valuable government-owned property ever sold.

That’s assuming, of course, that he finds a buyer.

Despite the improved economy, land sales on the Strip have been sluggish for years, and values are nowhere near what sellers fetched before the economy crashed.

Hill, president and CEO of the Las Vegas Convention and Visitors Authority, on Thursday told a breakfast meeting of NAIOP, a commercial real estate association, that the LVCVA will look to sell about 10 acres of the former Riviera site along Las Vegas Boulevard.

In an interview afterward with Review-Journal reporter Richard N. Velotta, Hill did not offer an estimate on how much the north Strip parcel could be worth, and he said agency officials were just starting to think about how to shop it around.

But he clearly thinks it’s worth big bucks.

“It may be the most valuable piece of property that a government agency has ever sold,” he told Velotta.

The possible sales effort comes amid increased activity on and near the north Strip and rising hopes that this long-sleepy stretch of Las Vegas Boulevard will finally get a jolt.

The Las Vegas Convention Center is expanding; the 3,400-room Resorts World Las Vegas is years behind schedule but now showing substantial progress; and the eyesore former Fontainebleau, towering 60-plus stories and stalled since the recession, is under new ownership and slated to (finally) be finished.

But when it comes to land deals, recent history is not on Hill’s side.

On the north Strip, it seems the last two vacant-land acquisitions involved the same property – the former New Frontier site – three years apart. And at the south edge of the Strip, several parcels have been sitting for years, waiting to be purchased, with only a few deals on the books.

Australian billionaire James Packer and partners acquired the former New Frontier site, next to Fashion Show mall, through foreclosure in 2014. But after their 1,100-room Alon Las Vegas project went nowhere, casino operator Wynn Resorts reached a deal in 2017 to buy the land and some nearby property for $336 million.

By comparison, Israeli investors bought the New Frontier in 2007 for $1.2 billion. They imploded the hotel with plans to develop a luxury resort, but the market tanked, and they never built it.

Meanwhile, at the south Strip, one of the few land sales of recent years was for a small tract purchased by operators of the Pinball Hall of Fame.

The pinball club bought the 1.76-acre parcel last year for around $4.5 million — though in 2004, during the real estate bubble, it sold for more than $18 million. That buyer, from Florida, set out to develop a 26-story condo tower, but he never built it and lost the land to foreclosure.

The LVCVA, under then-chief Rossi Ralenkotter, bought the Riviera in 2015 for $182.5 million, acquiring the 26-acre site for Las Vegas Convention Center expansion space, and imploded the resort.

In an emailed statement Friday from the LVCVA’s media office, Hill said the tourism agency last year bought another 10-plus acres for the expansion site, allowing the building’s footprint “to shift slightly to the west, improving both transportation and circulation, while also providing outdoor exhibit space closer to the facility.”

As a result, the agency is thinking of selling the same amount of acreage “for a higher and better use,” he said.

Your guess is as good as mine as to whether someone buys it, or what they would pay — though given Las Vegas’ boom-and-bust history, you can’t rule out another rapid run-up in resort-corridor property values.

One thing seems certain: For now, the fat-and-happy days of billion-dollar land deals on Las Vegas Boulevard are long gone.