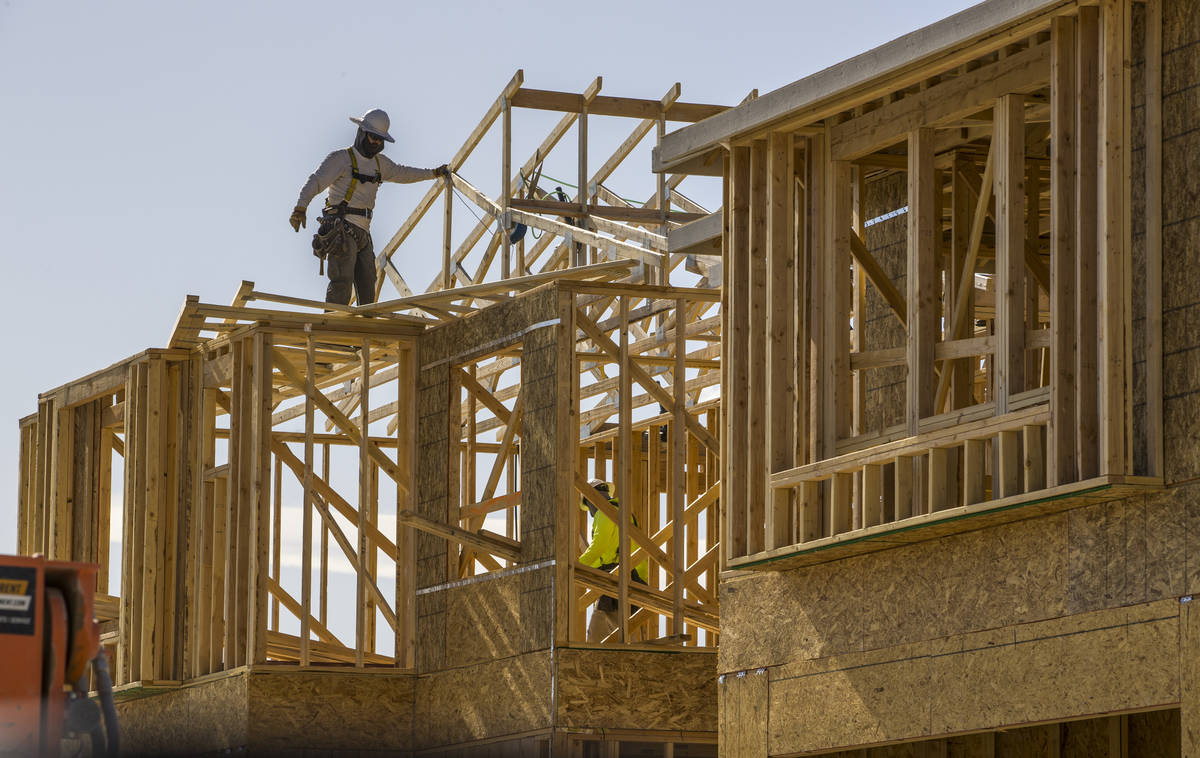 In the summer of 2009, Las Vegas’ economy was in shambles after the real estate market crashed. But there was hope things would stop getting worse.

Today, there are signs the housing market is pulling itself up from its coronavirus faceplant. But like a decade or so ago, it’s anyone’s guess when the damage will end.

Last month, Las Vegas’ falling sales totals didn’t drop as fast as they did in April. House prices ticked higher, and the tally of canceled sales, which skyrocketed when the outbreak hit, was back to pre-pandemic levels.

It’s too early to say whether the worst of the crisis is over for Southern Nevada’s housing market. Casinos and other businesses have been reopening lately, giving a boost to the devastated economy, but the housing industry’s trajectory depends on a range of unknowns.

Among them: When will all of Southern Nevada’s hotel-casinos — the region’s financial lifeblood — be open, fully staffed and filled with tourists? If coronavirus infections surge again, as they are in other states now reopening, will Las Vegas shut down and plunge into darkness once more?

The valley’s housing market is by no means in the clear, but its extreme burst of turbulence seems to be easing.

Buyers picked up around 1,700 single-family houses in May, down 13.6 percent from April. That month, sales totals dropped 28.5 percent from March, according to trade association Las Vegas Realtors, or LVR, which reports data from its resale-heavy listing service.

Meanwhile, 1,116 home sales were canceled last month, almost exactly the same as in January and down from around 2,540 in March, LVR data shows.

Southern Nevada’s tourism-dependent economy had started the year on strong footing but was devastated by the coronavirus pandemic. The Strip effectively closed over the public health crisis, and job losses skyrocketed.

Las Vegas’ unemployment rate in April, a jaw-dropping 33.5 percent, was by far the highest among major American cities that month, federal officials reported.

To the surprise of probably no one, the housing market was hit hard by the chaos. Sales cancellations surged, and the tally of newly signed purchase agreements tumbled fast.

Sam Khalil, 33, is under contract to sell a 7,713-square-foot custom home in the southwest valley that he had listed for more than $1.9 million, according to Zillow.

He expects to close the deal June 19.

Khalil bought the once-foreclosed house at 42 Sawgrass Court in 2018 for $981,750, property records show. He said it had been empty for a long time, and he spent hundreds of thousands of dollars gutting and remodeling the place.

A Lebanese immigrant, Khalil moved to Las Vegas for college and works in hospitality. He noted Las Vegas has been through hard times before, including the Great Recession and the Oct. 1, 2017, mass shooting on the Strip.

Nobody knows how long the spillover effects of the pandemic will last. But Khalil, for one, figures Las Vegas will emerge strong.