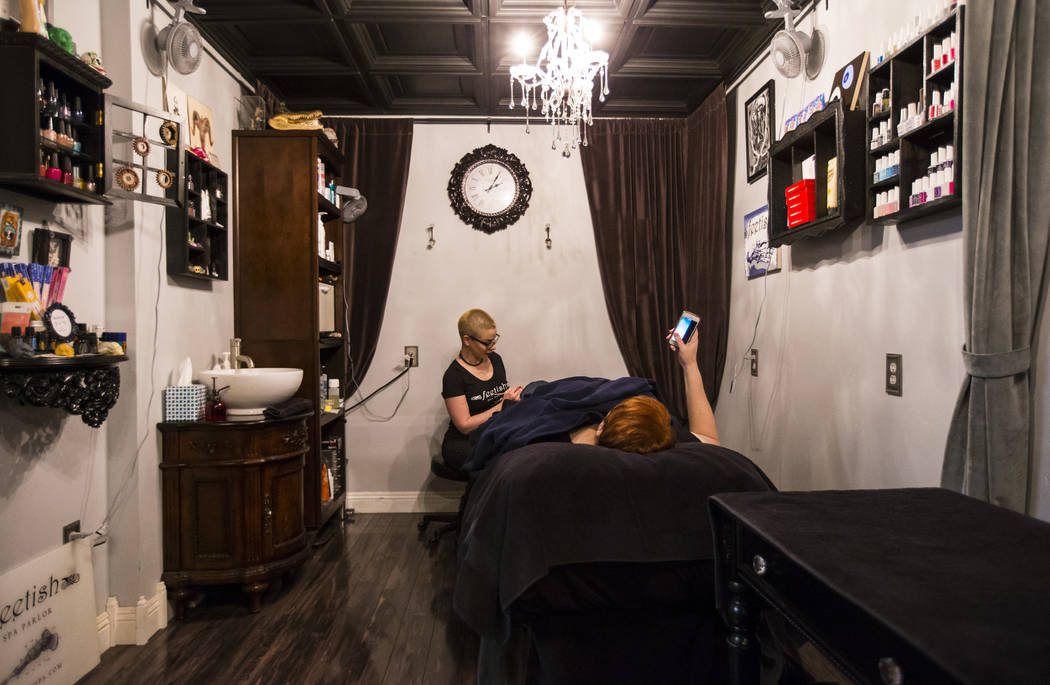 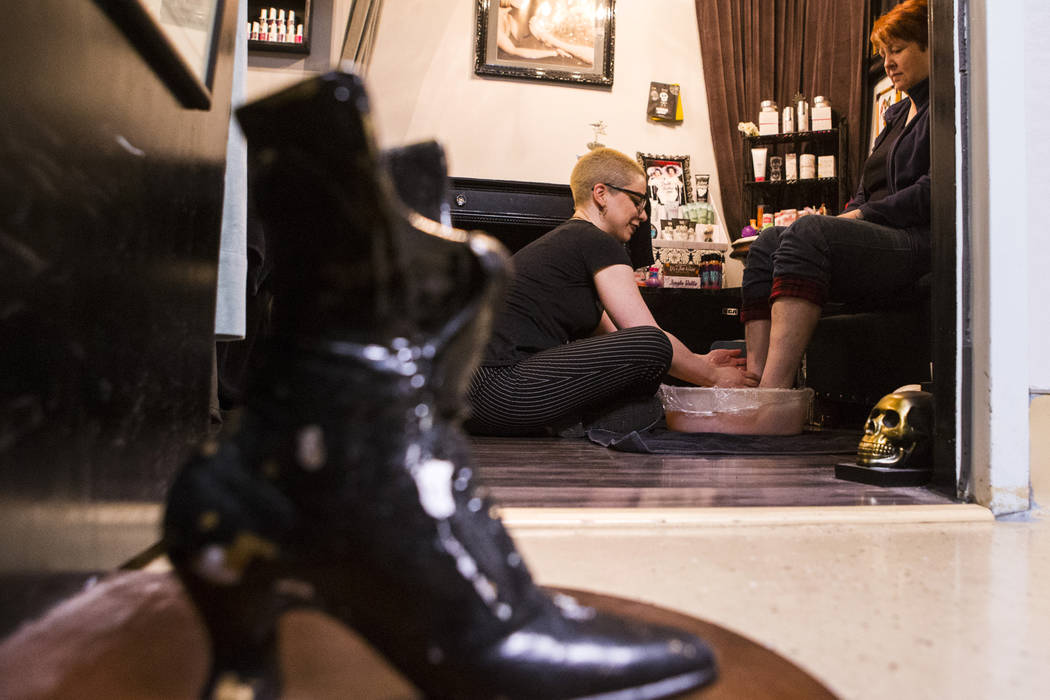 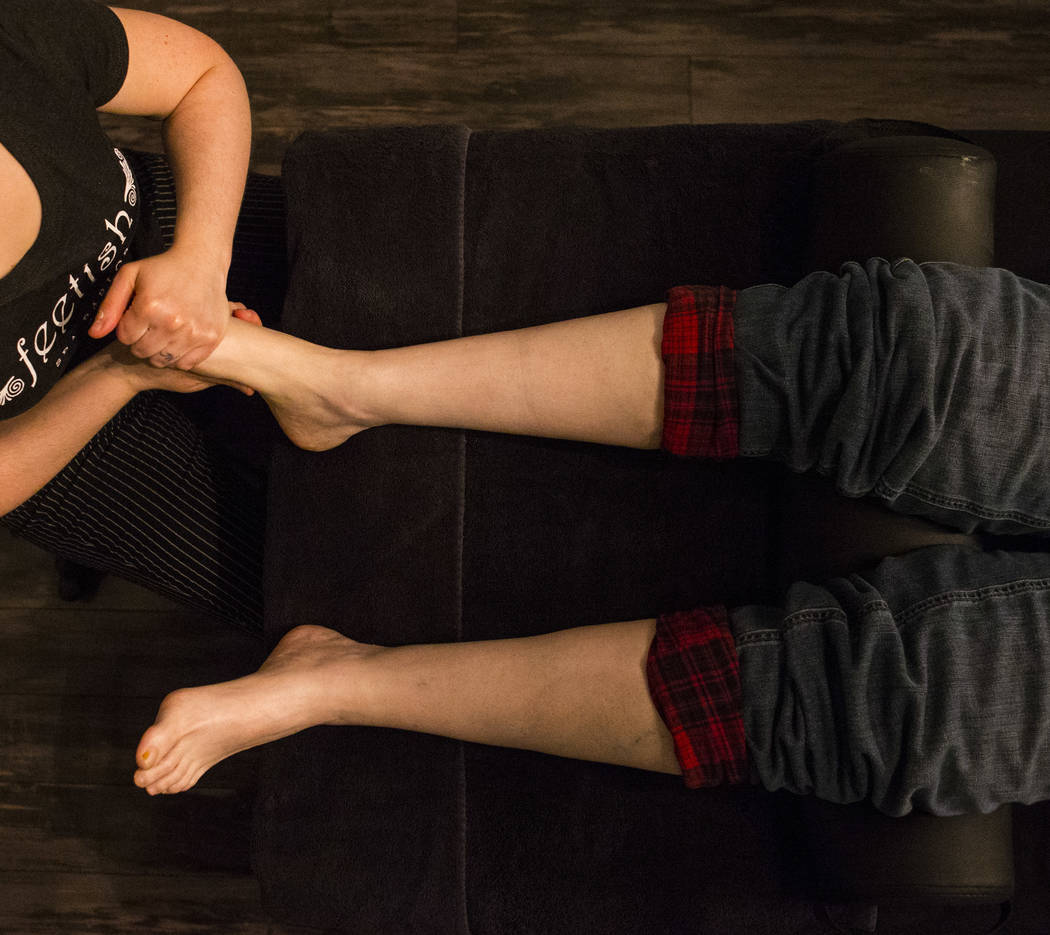 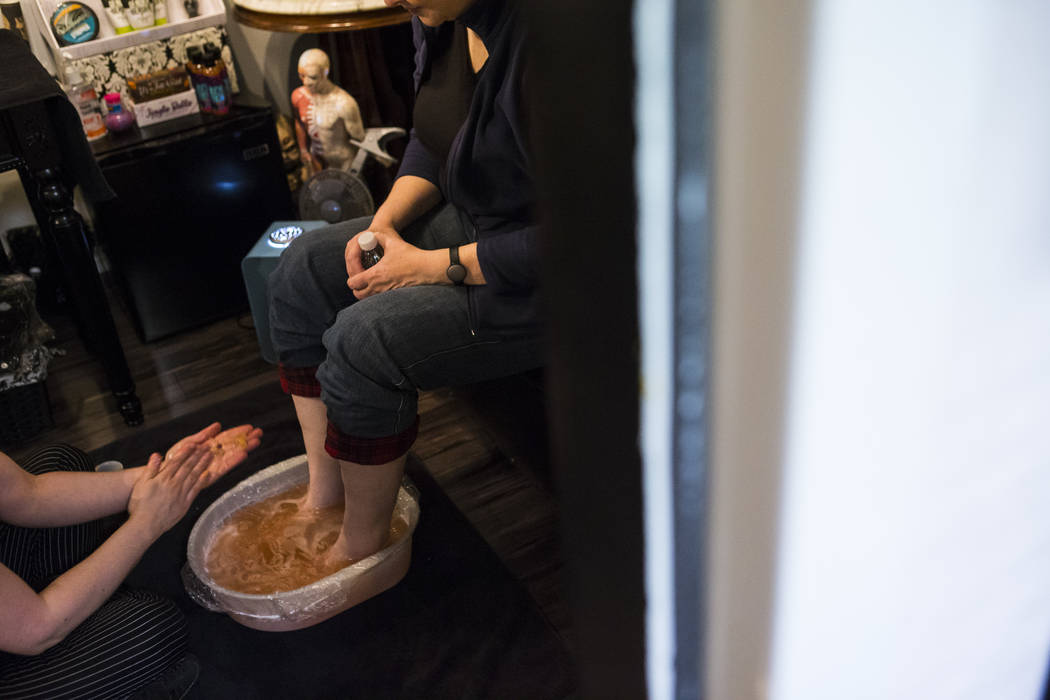 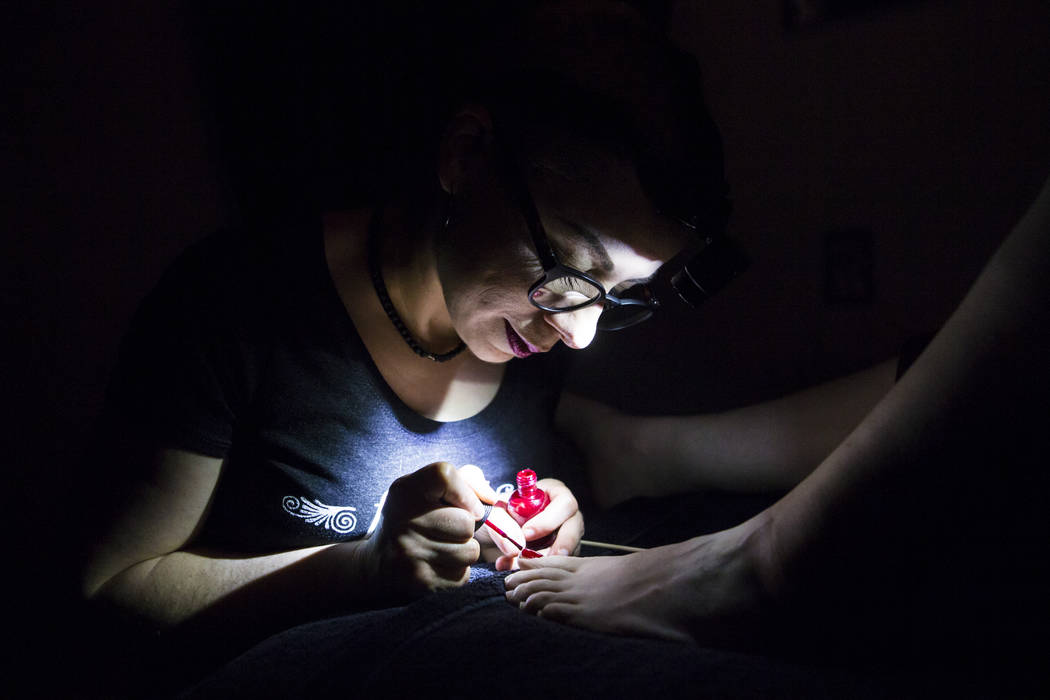 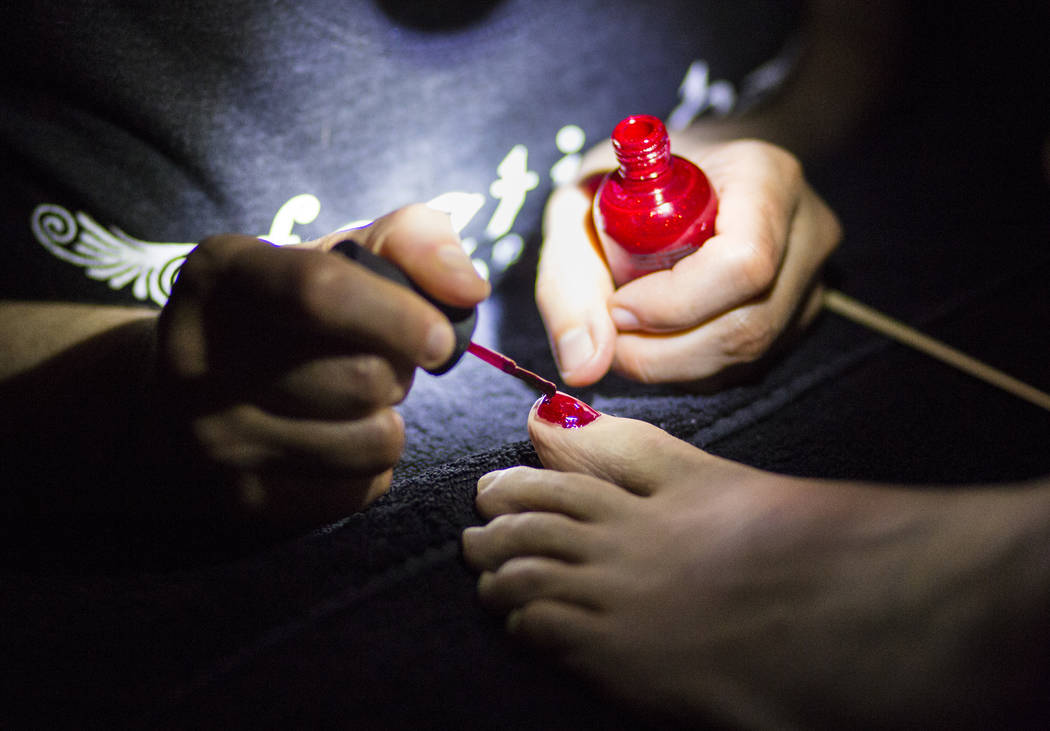 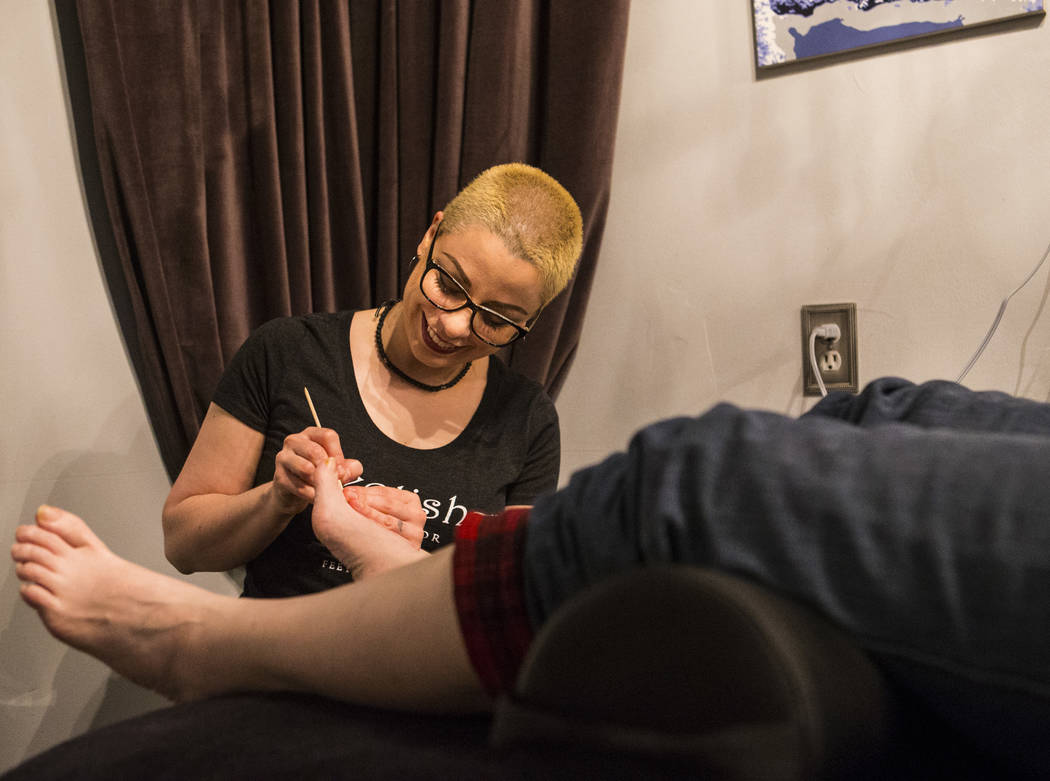 Andrea Lipomi has been operating a small business in Las Vegas the past six years, and said she’s never felt more optimistic about the company’s standing.

“I feel as secure as a business owner can possibly feel right now,” said the owner and operator of downtown’s Feetish Spa Parlor. “I want to say it took until 2013, 2014 for people (in Las Vegas) to really brush the dirt off from (the recession).”

Lipomi isn’t alone. A recent report from Wells Fargo and Gallup found that small business optimism across the country hit record highs in the fourth quarter of 2018.

The Small Business Index was released earlier this month and showed the highest optimism score in the survey’s 15-year history.

The survey results are based on phone interviews with more than 600 small business owners between Nov. 8 and Nov. 14.

“I was surprised that we saw as large an increase in confidence following the (midterm) election and following the fall we saw in October in the stock market,” said Mark Vitner, managing director and senior economist at Wells Fargo. “I would have thought that would give some people a pause.”

But the study found plenty of reasons for optimism to be high among small businesses: a record 55 percent of business owners reported revenue growth, and 74 percent said they had good cash flow over the past year.

The survey first started seeing small business optimism climb in the second half of 2016, following the presidential election.

“A part of that is the relief the election was over,” Vitner said. “There’s a feeling that a Republican victory would be more friendly to small businesses than a Democratic victory.”

“Las Vegas’ (growth) has been really strong. … It has really generated a lot of opportunities for small businesses, and speaks to the breadth in the strength of the economy today,” he said. “Small businesses tend to prosper in economies that are growing and diversifying rapidly and welcoming lots of new residents.”

Las Vegas ranked fourth in the fastest growing metropolitan population in 2017, with 4.9 people on average moving to the city every hour.

Lipomi said she plans to invest more in her business next year, buying “extra gifts” and offering more monthly promotions to treat her clients.

“I’m going to be investing more in providing a top-notch, five-star guest experience,” she said.

Vitner said he expects small businesses’ capital spending to increase across the board with this newfound optimism.

“Everything from office furniture to testing equipment and phone systems,” he said. “I see a lot of that spending feeding into other businesses and into the community. … It adds some resiliency to the economy.”

John Restrepo, principal of Las Vegas-based RCG Economics, said he expects this economic growth to continue through 2019 before slowing in 2020.

“You get optimistic, and you spend money and it trickles throughout the economy. … The optimism feeds on itself,” he said. But “you can’t sustain these high rates of growth permanently.”

Even with high levels of optimism, the report found small businesses still face challenges with hiring and attracting new businesses topping the list.

This is a “positive dilemma” for Nevada businesses, according to Joseph Amato, district director for the Small Business Administration’s Nevada District Office.

“With any state that is developing, you have a labor issue. As more companies move into the state, we need to find the employee base to support it,” he said. “Eventually, people will know that businesses are here and move with the business (opportunities).”

Even with an optimistic outlook, Amato was unsure how long businesses’ high spirits will last.

“Economic cycles always run their course,”Amato said. “If things go right, this could have a very long run. But everything is cyclical. … It just comes down to economic factors, some of which businesses can’t control.”

Restrepo said its unknown how long the positive effects from tax cuts and deregulation will continue, especially with other risks potentially emerging.

“I generally think businesses are feeling pretty comfortable,” he said. “Unless there’s a trade war. … then all bets are off at that point.”

But for now, business owners like Lipomi are excited for what the future has in store. 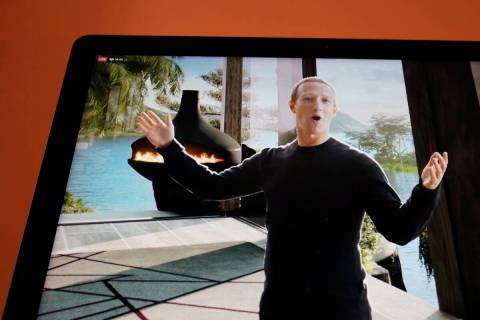 Facebook CEO Mark Zuckerberg said his company is rebranding itself in an effort to encompass its virtual-reality vision for the future, what Zuckerberg calls the “metaverse.” 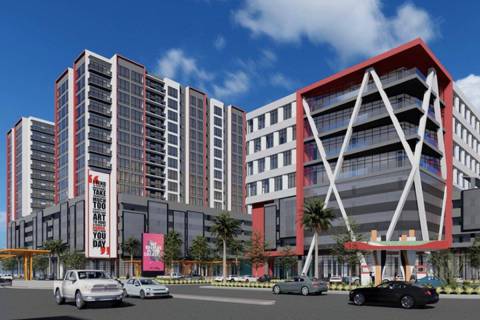 G2 Capital Development founder Frank Marretti hopes to break ground next year on a project slated to have residential, retail and office space.