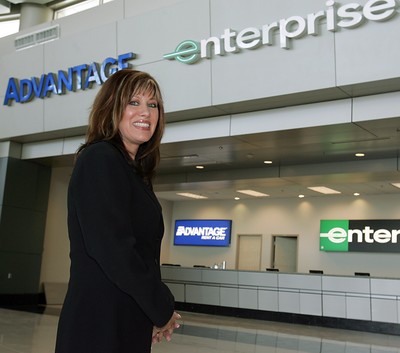 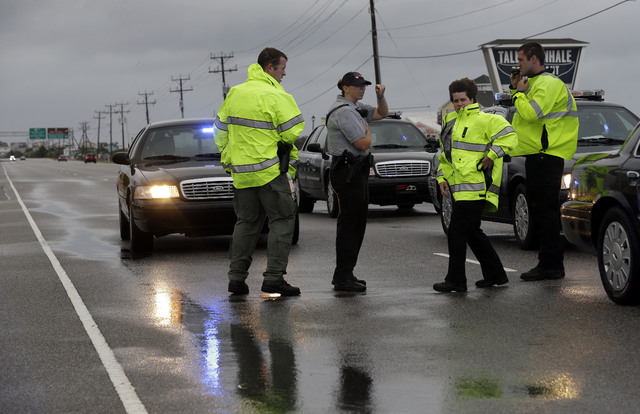 The fresh, new smell of a spotless rental car now comes in a building.

A $170 million consolidated rent-a-car center is scheduled to be open for business today three miles south of McCarran International Airport.

The sleek, modern structure on 68 acres of land at 7135 Gilespie St. will consolidate operations of 11 car rental companies operating at McCarran and, at least for now, ease curbside congestion in front of the airline terminals.

Not only will the McCarran Rent-A-Car Center consolidate rental operations, it will combine shuttle buses for customers who want to rent cars, a change from the previous system in which each company operated its own buses.

“That is a lot of trips to move off of our roadway system,” said Randall Walker, Clark County director of aviation.

McCarran is following the lead of airports in Dallas, San Francisco and Phoenix, where myriad car rental operations are consolidated in central spaces.

In Las Vegas, it means that instead of getting a rental at the passenger terminal and taking a bus to pick up a vehicle, customers will take a shuttle to the new center and walk to their cars, many of which will be protected from the elements by parking garages.

In addition to putting customer service areas under one roof, the new center consolidates back-of-the-house operations such as cleaning and refueling the rental cars.

“One-stop shopping for the customer is going to be a lot easier,” said Maria Romano, president and majority owner of an Advantage Rent A Car affiliate.

Romano, who has owned and operated car rental businesses in Las Vegas since 1978, toured her company’s new space just hours before the scheduled opening overnight Tuesday.

The Advantage counter is located across a bright, airy lobby from the center’s front entrance on Gilespie Street. The firm has another bank of mobile customer service desks on a lower-level parking garage.

“It has put us in a great situation,” said Romano, whose lobby counter is near service areas for larger rental companies such as Enterprise and Avis. “It has elevated us so we can compete with the bigger companies.”

The new rental car center has been in the works several years. The terrorist attacks of Sept. 11, 2001, delayed the project as much of the airline industry was in turmoil.

The scope of the center also expanded as it was changed to incorporate suggestions from rental car companies who generate more than $28 million in concession revenue for the aviation department and were wary of the proposal to consolidate their competing operations.

McCarran is depending on more concession fees from the companies to pay for the center.

“There were some intense discussions with the rental car companies,” Walker said.

He said airport officials pushed for more common space and consolidations while the companies angled for more individual, storefront-style operations.

In the end, companies got individual leased space off a common lobby in the main building and three common-use fueling and cleaning stations.

The airport also insisted on common-use shuttle buses for all the companies and spent $12 million on about 40 vehicles to move customers between the terminals and rental area.

Walker said the new system will mean more people on each bus instead of customers stuck waiting for a bus from their particular rental company, even as near-empty buses operated by other companies rolled past.

“Curb space is one of our biggest challenges,” Walker said.