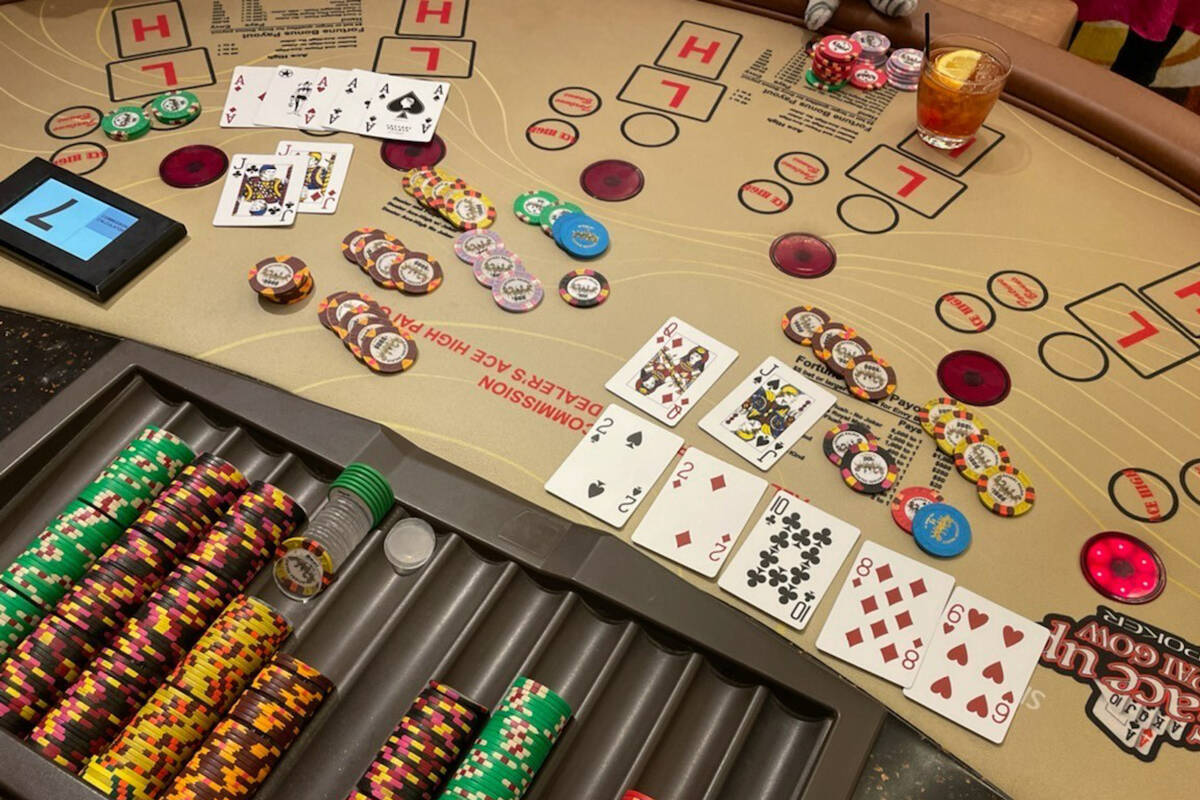 Most of the screaming Tuesday afternoon was for the United States’ 1-0 victory over Iran in the World Cup, clinching a berth into the Round of 16 for the Americans.

Some of the screaming at Caesars Palace might have been at one of the tables.

A player snared five aces on Face Up Pai Gow, hitting the major progressive jackpot for $100,858, according to a Caesars Entertainment spokesperson.

In pai gow poker, the joker can be used as an ace or to complete a straight or flush.

This guest is the captain now, after winning on Captain Riches!

Congrats on the $11k win! pic.twitter.com/aEkL3u4h4f

Roger from Hawai'i had steel nerves as he collected this absurd PROGRESSIVE DOUBLE JACKPOT from a $5 spin on BLAZIN' 7s! 🔥 pic.twitter.com/rjL24tAnMh

Amelia presents a stoic front during her victory.

Amelia handled the BUFFALO INFERNO with grace and poise, and she took a $13,659.26 handpay with her back to Hawai'i! 🔥 💰 pic.twitter.com/HbrW3Viy2F

Does Rich Little, playing these days at the Tropicana, get a cut from Rich Little Piggies?

Congratulations to these big-time winners on their recent jackpot wins at Gold Coast including one lucky winner who turned a $0.75 bet into an $18,140.41 win on Rich Little Piggies! pic.twitter.com/n5Xs3qNtPR

This lucky winner from Hawai'i closed out their holiday weekend with a MASSIVE 8/8 payout of $11,371! 🤑 pic.twitter.com/igAdJfkKeH

Visitors from Germany Bern and Nadine score a keno win the classic way.

Congratulations to our lucky Keno winners Bern and Nadine from Germany who won $10,000 after hitting a seven spot during their recent visit to The Orleans! pic.twitter.com/EL53qDQLgR

Congratulations to Wallace of Las Vegas, who won a $10,251.98 Grand Jackpot on a Lightning Link machine at #SilvertonCasino. The big winner bet 50 cents on the penny machine! ⚡️💰 pic.twitter.com/wLTSGjT2pP