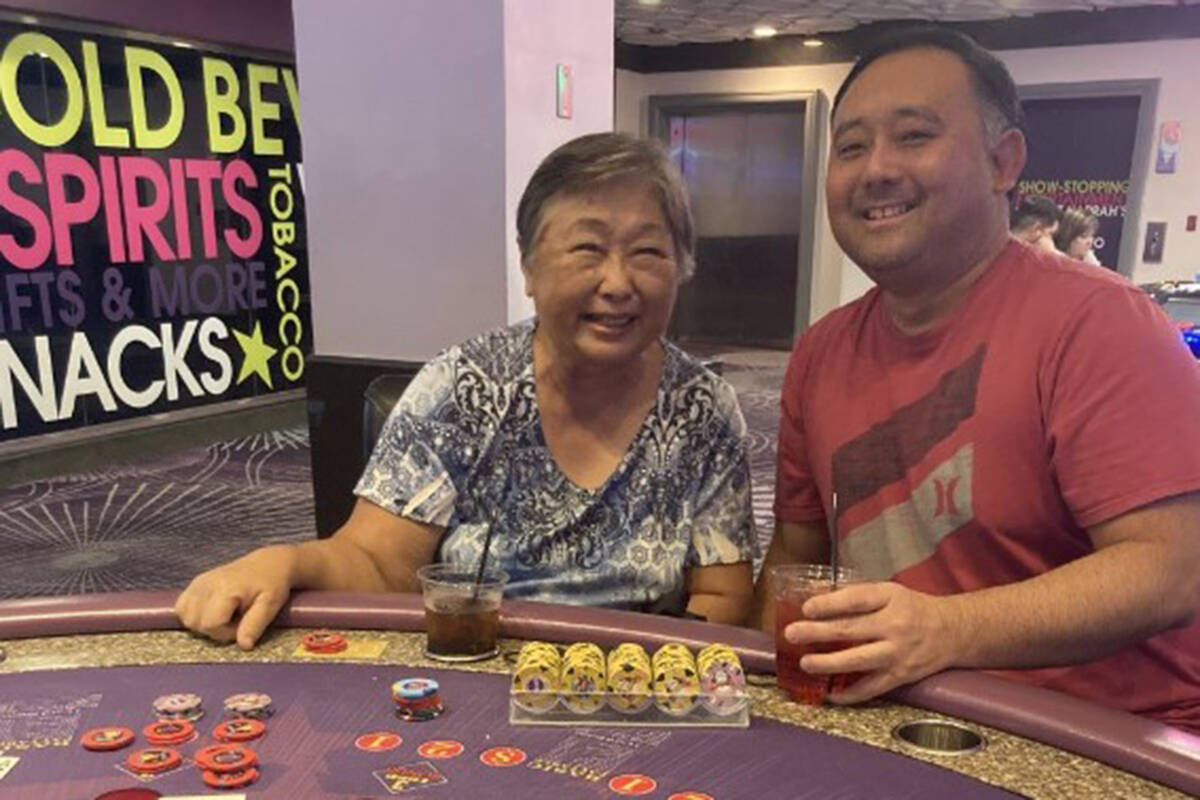 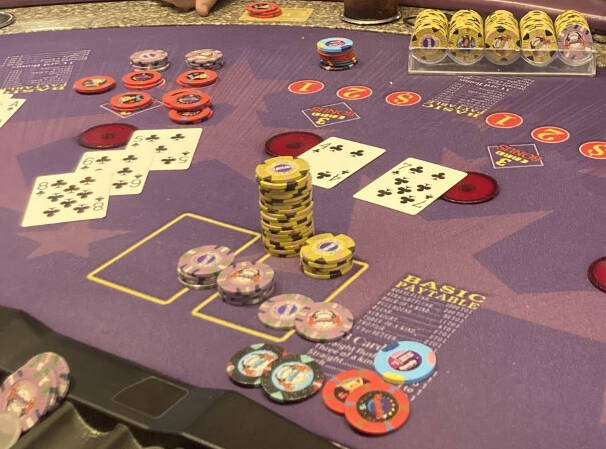 This is another way to go clubbing in Las Vegas.

Sandra Haynes of Kauai County, Hawaii, won $125,878 playing Let It Ride at Harrah’s Las Vegas on Tuesday, according to the casino’s Twitter account.

Sandra, a retired teacher, held the four and seven of clubs, and the dealer turned over the five, six and eight of clubs to complete the straight flush and capture the major progressive jackpot.

Caesars Entertainment, which operates Harrah’s, said she plans to share her winnings with her children and enjoy retirement.

Manfred Mann released “Mighty Quinn” in 1968. This is your “mighty” update.

This guest got a mighty win on mighty cash just before the new year!

Congrats on the 12k jackpot! 🤑 pic.twitter.com/6GrZBegICu

Dance that night away.

Congrats on the win! pic.twitter.com/qLF3XYtlnx

Love is all around.

A pair of winners for the holidays.

Christmas winners from this weekend 🎁🎄

Congratulations to a lucky lady from Hawaii who won $12,500 on a penny machine and a gentleman from Ohio who won $4,000 on royal flush! #fourqueens #jackpot #lasvegas #lasvegascasino #downtownlasvegas pic.twitter.com/KyHiTRprIW

And dancing in the street.

Would you be dancing after hitting this $12,300 jackpot on Dancing Drums Prosperity at Gold Coast? We would! 💃 pic.twitter.com/ZEatg0elG5

What a gift this was for Dealma who won her first jackpot ever playing “Quick Hit Riches”! Our lucky guest was betting $1.50 when she hit the progressive for $13,398.88! pic.twitter.com/ujSMXuT5v2

More dancing in the Valley.

JACKPOT ALERT! Congrats to our lucky Dancing Drums player for hitting an $11,036 jackpot from an $0.88 bet 🥁 pic.twitter.com/amIjDuuIoM

We couldn't be happier for Phillip C., who just won a whopping $14,021 on the Wild Wild Nugget machine! 🎉💰 #WinnerWednesday