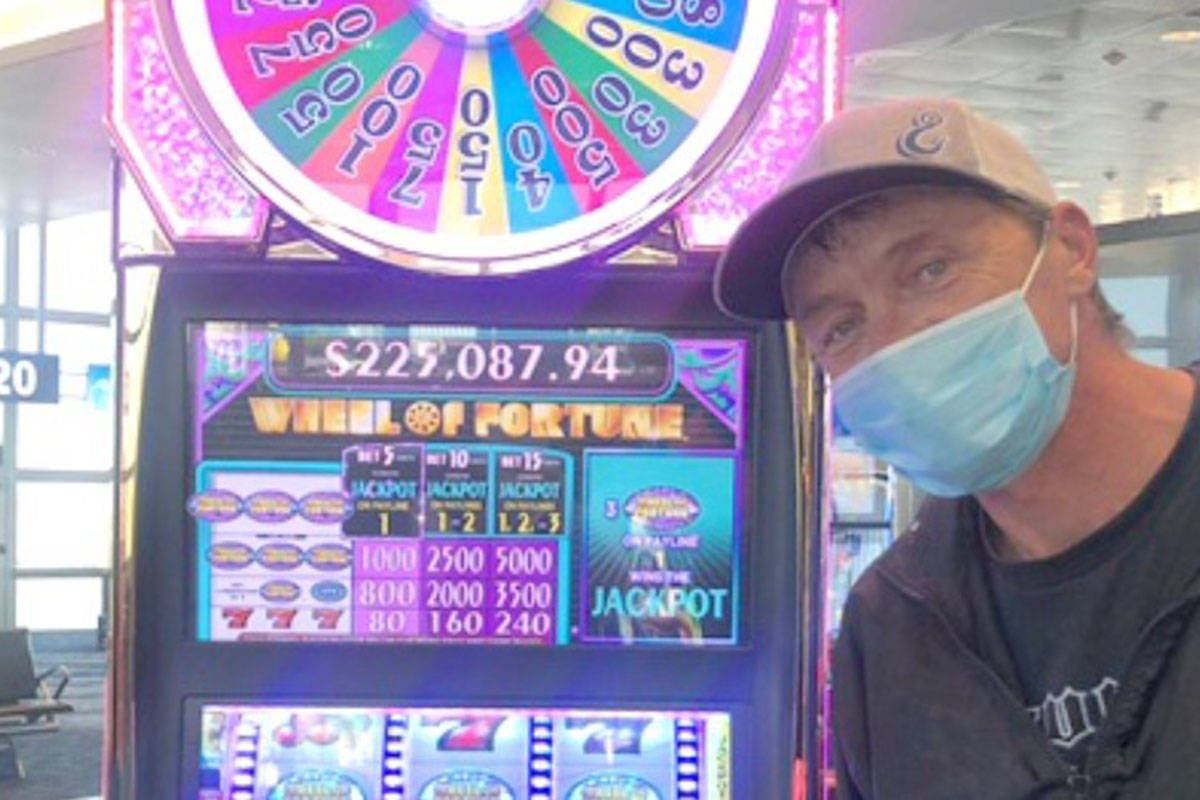 It’s never too late to leave Las Vegas a winner.

Darrin W. of Watford City, North Dakota, won $225,088 playing the 25-cent Wheel of Fortune Triple Double Diamond game by the A Gates at McCarran International Airport, according to the facility’s Twitter account.

Another life-changing jackpot win at LAS! Darrin W. of Watford City, N.D., raked in $225,088 playing the 25¢ Wheel of Fortune Triple Double Diamond game in the A Gates. Congrats Darrin! pic.twitter.com/KhTdLRMErs

According to Wikipedia, the Census Bureau gave Watford City’s 2018 estimated population as 7,080, making it the 12th-largest city in North Dakota.

Dragon Link is on a streak! This time the jackpot goes to Sally, who was playing Spring Festival when she hit for a jackpot of $16,274.73! pic.twitter.com/aZG0fn5Gx7

Way to go! Our lucky guest was playing Dragon Link: Golden Century when they hit for a jackpot of $10,032.15! pic.twitter.com/9ONSCYWPjv

Lucky gentleman from California playing a penny #slotmachine by @aristocratslots hit a #jackpot of $16,802.74 with 375 coins bet! pic.twitter.com/LB3v6ZdGUP

That feeling when you turn 75 cents into $22,469.75 🤯 🤩 🤑 Congrats to this lucky guest!
🎰 Spin & Win
📍 @fremont #BoydGaming #BConnected #Jackpot #WinningWednesday pic.twitter.com/fVdEaaeLTY

A local winner hit the Dancing Drums progressive jackpot for $11,255.

A lucky local winner hit the Dancing Drums progressive jackpot for $11,255 at The Orleans! Our slots are hot right now. 🔥🥁 pic.twitter.com/ZQGmsnEz7B