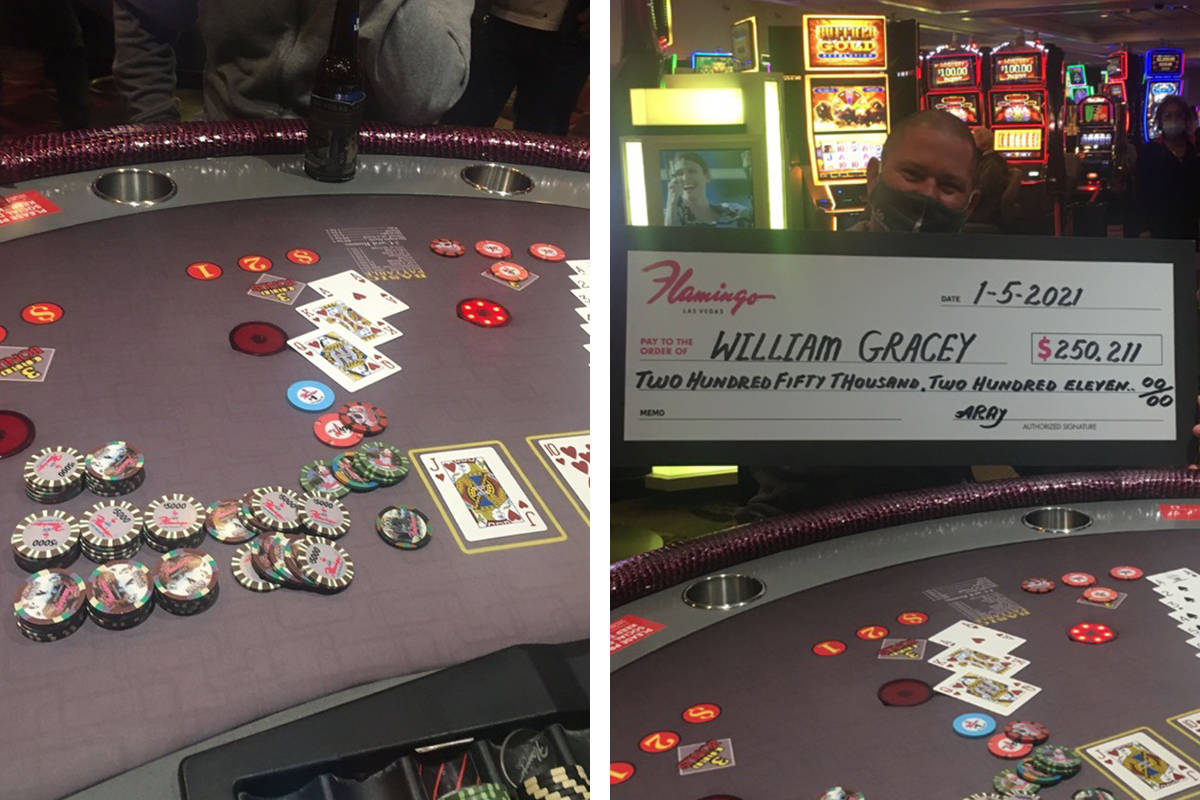 Gracey, a resident of Deltona, Florida, won $250,211 Tuesday night after hitting a progressive jackpot on Let It Ride at the Flamingo, according to a Caesars Entertainment release.

Gracey was visiting Las Vegas with his wife, Nichole, and said that he had played the table game a few times previously and only for about 30 minutes before the big hit occurred.

Similar to another recent winner in Las Vegas, Gracey said he plans to take his wife on a dream vacation to Hawaii this year.