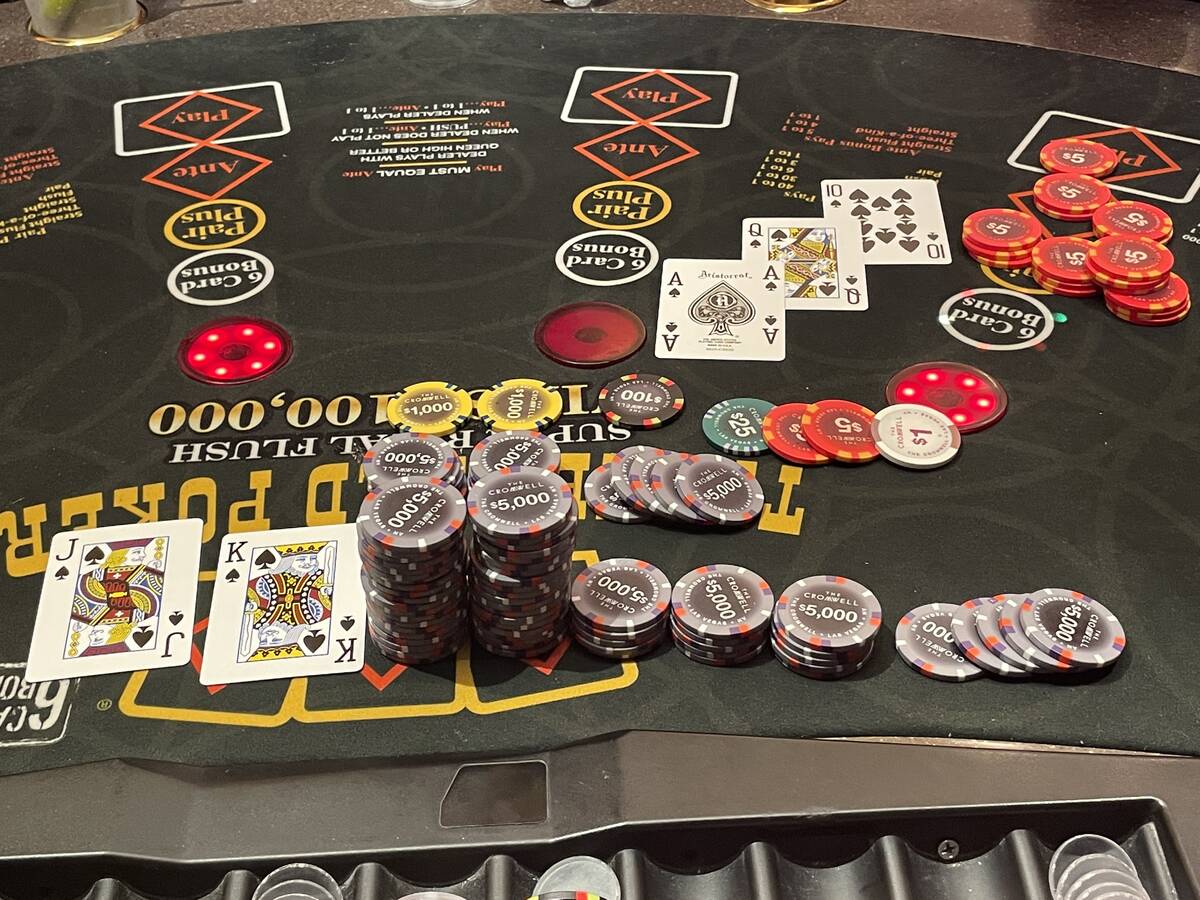 There’s no better time to win a jackpot than right before the holidays.

A lucky player hit a mega progressive jackpot playing three card poker at The Cromwell on Saturday. The winner, Michael Hayes of Lebanon, Oregon, got a royal flush and won $377,136.

Hayes plans to use his winnings to take his wife on a vacation, according to a Caesars Entertainment news release.

Another lucky poker player won a jackpot at Gold Coast — the second win at the casino in less than two weeks.

This win follows a pai gow poker jackpot during Thanksgiving week when another local won $150,000 on Nov. 23, according to Boyd Gaming.