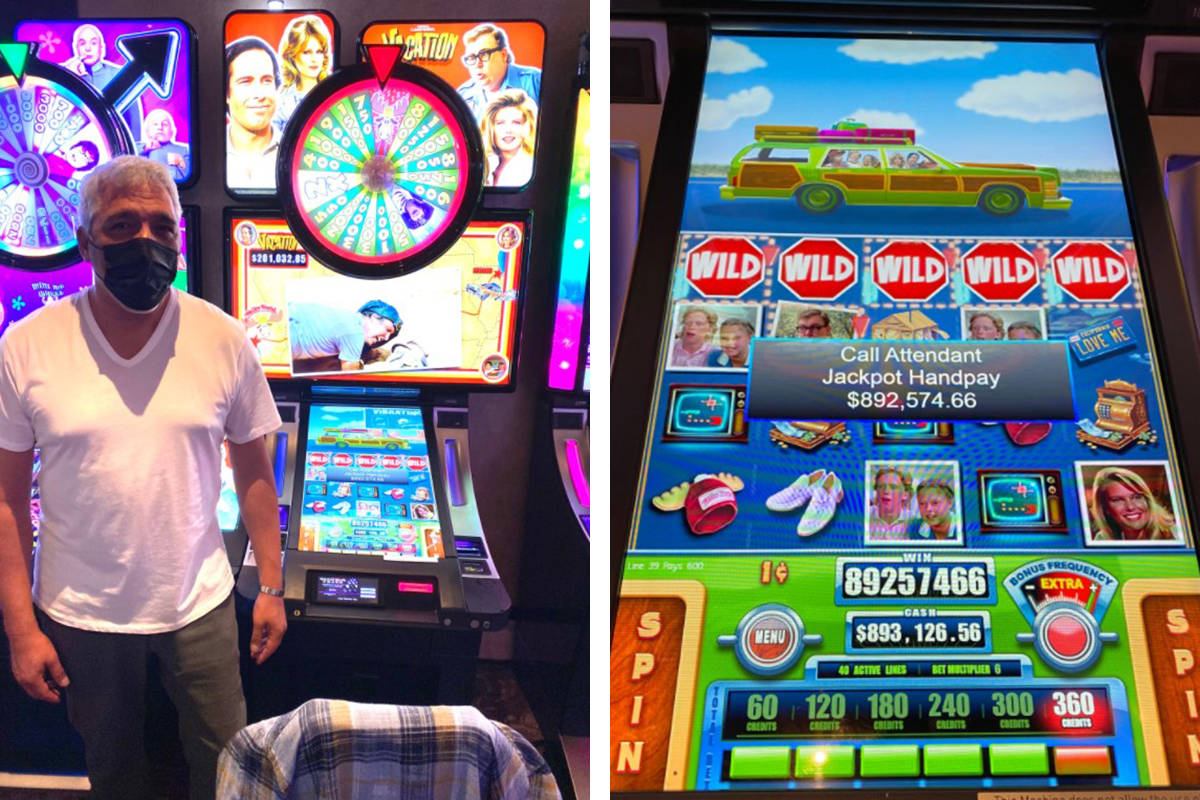 The moose out front didn’t have to tell Jamie he’s having a good time in Las Vegas.

The California visitor, in town to celebrate a friend’s birthday, won $892,574 Friday morning at Cosmopolitan Las Vegas by hitting the top prize playing “National Lampoon’s Vacation,” according to the casino’s Twitter account.

What a way to start a Friday 🎰 Congrats to Jamie from California who while celebrating a friend’s birthday won $892,574 by hitting the top prize playing “Vacation.” pic.twitter.com/f9HRyk7GqW

It was not known whether Cousin Eddie was in the vicinity.

Winners in the Las Vegas Valley

Barbara, who hails from Mexico, invested three hours’ worth of 50-cent bets before she won was $15,214.62 on a Fort Knox slots machine.

Congratulations to this #lucky #winner of a Fort Knox slot machine…Barbara from Mexico was playing for about 3 hours at a minimum bet of $.50 when she landed the awesome bonus win…a whopping $15,214.62 !!#binions #binionslv #dtlv #fremontst pic.twitter.com/fyucZGQWNM

Congratulations to Elson, a Las Vegas local, for winning a $14,230 jackpot on the Lightning Link slot at #TheOrleans! #BConnectedWinners #jackpot pic.twitter.com/Rol0Nj9QR0

Ronald hit it big with a jackpot win of $11,566.57 from a 50 cent bet this morning! Definitely a great way to start your day. #OYOLasVegas #LivingTheGoodLife pic.twitter.com/Wgdjhk6okG

Just another lucky win this Wednesday at Rampart Casino! We wish all of our players prosperity and fortune this spring! https://t.co/yDJhy5mpCP #jackpotwinner #rampartcasino #slots pic.twitter.com/fTU8neFI0i

Guess what today is? It’s @TIPlayersClub #WinnerWednesday and today is no exception! Maria D. spun and won over $10K! And tell us why you haven’t signed up for the TI Player’s Club yet? #TIVegasWinner https://t.co/FaU6k3HKaq pic.twitter.com/IgP02oc0uA