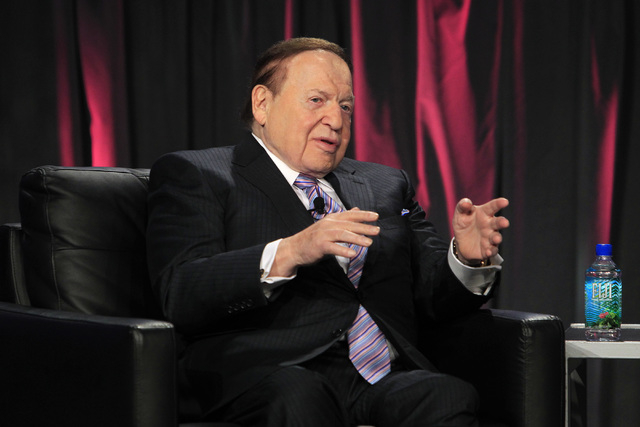 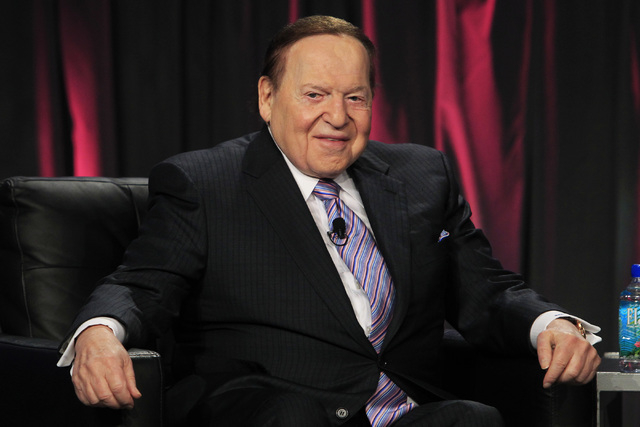 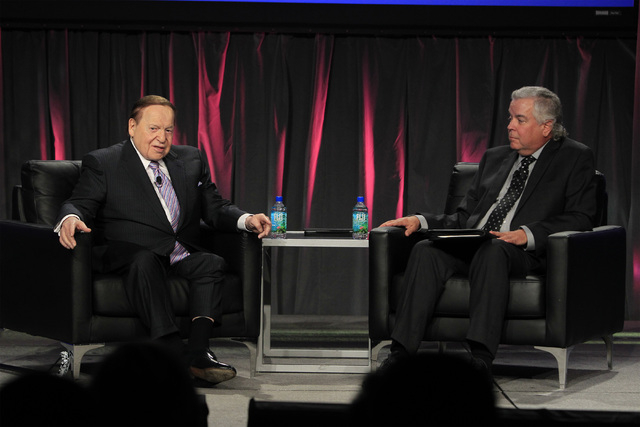 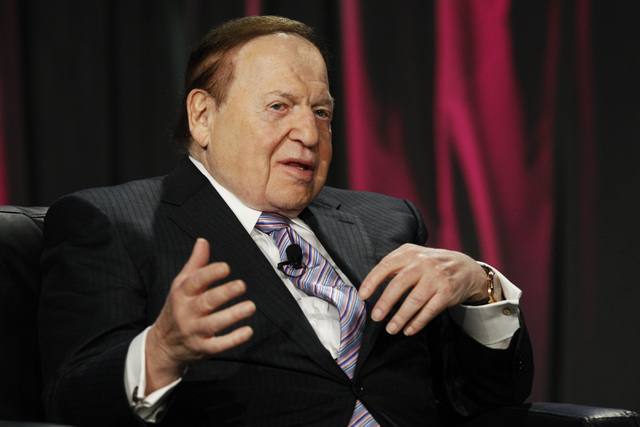 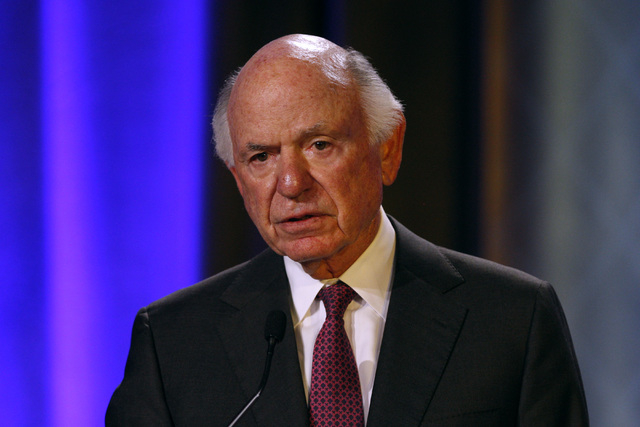 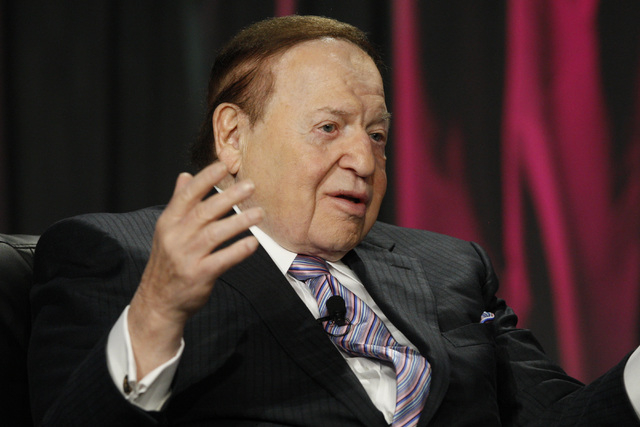 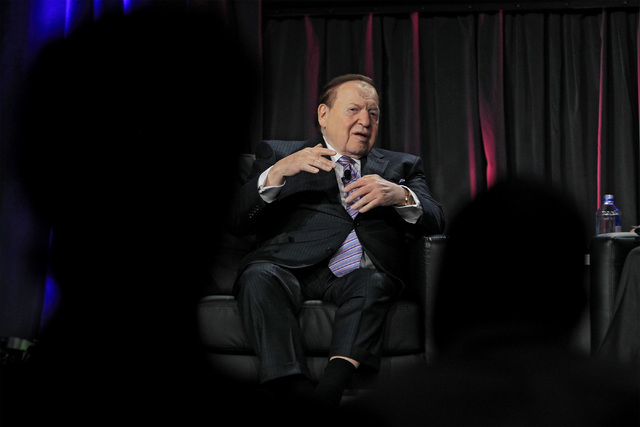 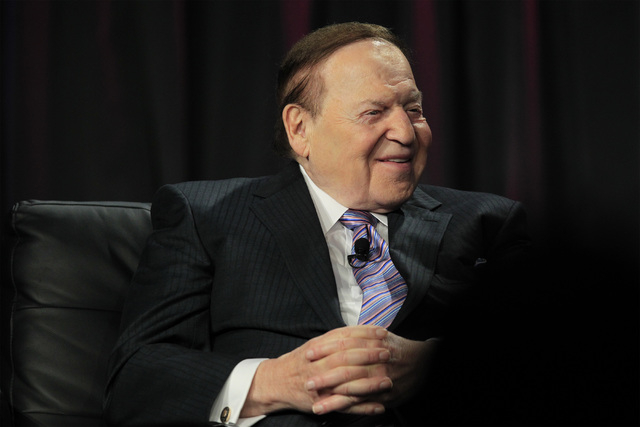 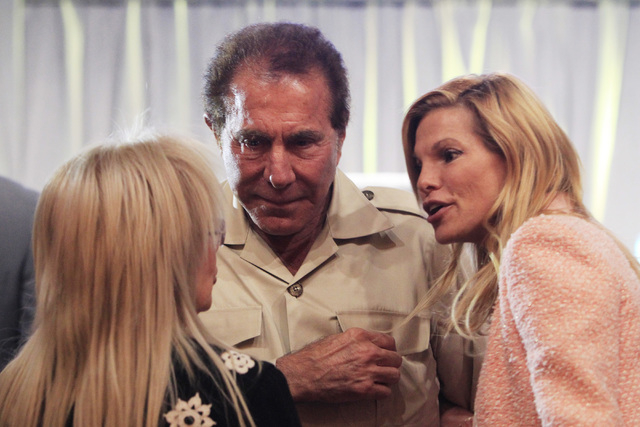 In a full-throated beatdown, Adelson, 81, enumerated all the reasons why he opposes legalization of Internet gaming. Adelson has invested millions to fund anti-Internet gaming coalitions and hire lobbyists to oversee a federal and state-by-state fight in opposition to the activity.

Adelson, who ranked 12th on the Forbes 400 with a net worth of $32 billion, told the audience at the G2E’s late Wednesday afternoon keynote session at his company’s Sands Expo and Convention Center that he equates legal Internet gaming with legalization of marijuana. He considers both gateway drugs.

Adelson addressed several topics, including Macau, Atlantic City and casino expansion in the U.S. But his opposition to Internet gaming drew the most buzz from the audience, many of whom work for companies seeking a foothold in the expanding interactive gaming landscape.

“It’s not a states’ rights issue,” Adelson said. “The Internet is all over the country.”

Adelson said his views on Internet gaming haven’t changed. He believes the activity can’t be regulated to protect children from gambling online and it unfairly targets poor people. The access to Internet gaming sites is too easy through mobile phones and tablets.

He said his 2- and 3-year-old grandchildren know how to work a mobile device better than he does.

“I just don’t see any compelling reason to put a casino in 318 million hands,” he said.

On other topics, Adelson said only Texas, South Florida and Tampa could be targets for new U.S. casino expansion.

He said he would have interest in opening a casino at the Meadowlands in New Jersey if the state adds gaming to the area.

Adelson had zero interest in Massachusetts casino opportunities, despite growing up outside of Boston. He said Wynn, who won the Boston-area gaming license, will have much more success than other gaming company.

“My friend Steve does a better job of building the mystique of a property than I do,” Adelson said.

At the end of the talk, Adelson hoped his legacy will be his efforts to fund medical research and the funding he has given to Israel and Jewish causes. 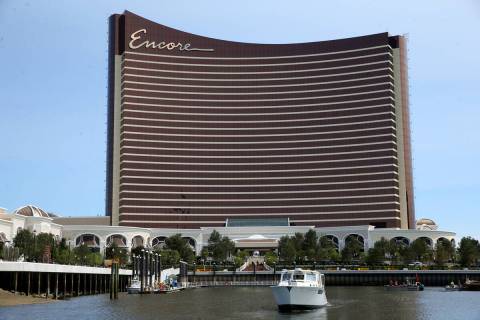