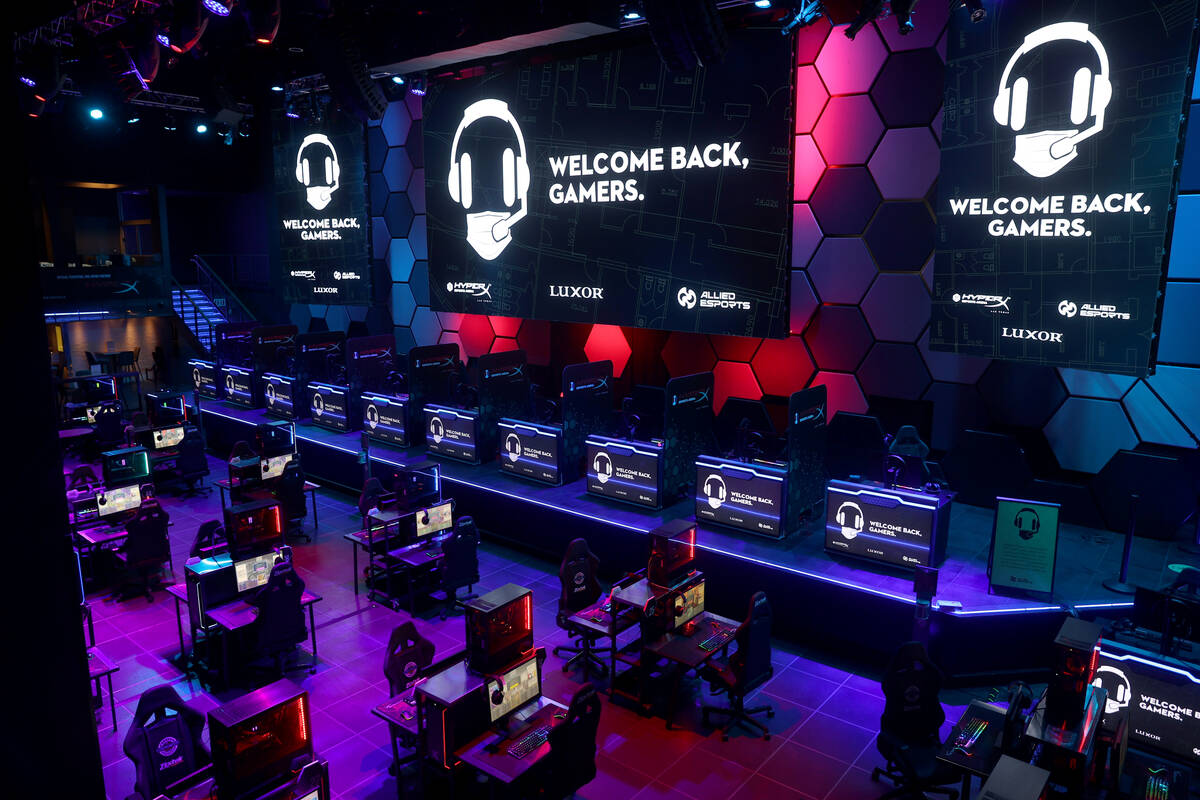 The main arena of HyperX Esports Arena at Luxor on the Strip in Las Vegas in June 2020. (K.M. Cannon/Las Vegas Review-Journal)

The company that operates the esports arena at Luxor reported on Friday its best quarterly performance in history for revenue and cash flow.

Company officials said record revenue and cash flow were reported thanks to increased foot traffic at the company’s HyperX Arena Las Vegas due to an increased number of events, sponsorship revenue from the launch of Allied Esports’ first original branded content offering, as well as first-time non-fungible token sales.

Proprietary and third party events at HyperX Arena were up 56 percent with total in-arena tournament entries up 42 percent, compared with the fourth quarter of 2021. Third-party events were highlighted by the Unified Pro-Am Association World Championship, LVL UP Expo, the Rainbow Six North America League, the European Qualifiers for Ubisoft’s Six Invitational and DIGI1.

Allied also announced a partnership with NASCAR to execute the eNASCAR Arcade at 17 NASCAR Cup Series events in 2022 with five events having taken place during the first quarter, including the Busch Light Clash at The Coliseum in Los Angeles, the Daytona 500 in Daytona, Florida, the Wise Power 400 at Auto Club Speedway in Fontana, California, the Ruoff Mortgage 500 at Phoenix Raceway in Phoenix, and the EchoPark Automotive Grand Prix at Circuit of the Americas in Austin, Texas.

“This solid operational recovery is helping drive strong interest from outside parties as we move ahead with our previously stated objective to pursue strategic alternatives for the eSports operations, including a potential sale of the business,” said interim CEO Lyle Berman.

“Concurrently, we continue to make progress in our ongoing efforts to invest the cash on our balance sheet to acquire or merge with an existing business,” Berman said. “At the end of the first quarter, our cash balance totaled nearly $96 million, including restricted cash. We remain focused on finding the best opportunity available to maximize value for our shareholders.”

Esports is a growing gaming sector with a worldwide audience that views, and in some jurisdictions, wagers on the outcome of the play of video games. Esports wagering is permitted by event in Nevada with the consent of the Nevada Gaming Control Board.

Allied’s first-quarter earnings were reported later than usual after the company received permission from the Nasdaq exchange for a delay that resulted from an audit.