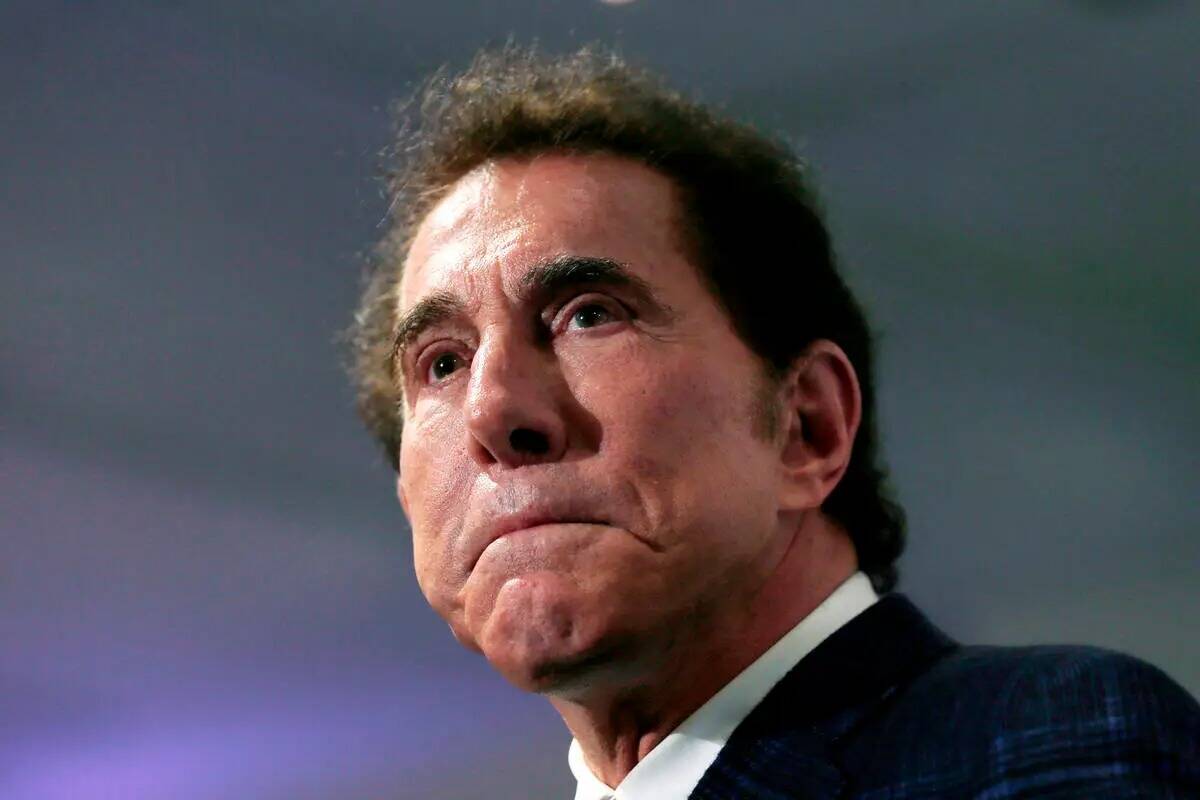 The 9th U.S. Circuit Court of Appeals in California will hear a civil racketeering case in December involving Steve Wynn and his decision not to register as a federal agent through the Foreign Agents Registration Act.

The case ties in a civil lawsuit filed in Nevada against Wynn by a former Wynn salon manager at the Wynn Las Vegas, who said she was blacklisted and intimidated into silence after reporting to her supervisors that Wynn had allegedly raped one of her salon workers in 2005. Wynn has denied ever assaulting anyone.

Oral arguments are scheduled Dec. 6 in Pasadena, California, in the case in which Wynn Resorts Ltd. lost a request for summary judgment. The 9th Circuit will hear the matter based on the merits of the case.

“In December 2020, after a thorough investigation, we filed a civil RICO (Racketeer Influenced and Corrupt Organizations Act) case in Central District, California on behalf of Angelica Limcaco and against Steve Wynn over alleged attempts to use improper payments and influence to elevate Wynn Las Vegas’ counsel to the position of a judge in Nevada District Court and to dismiss Limcaco’s case,” said Jordan Matthews, a partner at Weinberg Gonser Frost LLP in Los Angeles and lead counsel in the RICO case against Steve Wynn.

In an Oct. 29 decision to dismiss the case, U.S. District Judge Ronald Lew said that Limcaco’s case lacked standing in the state of California and that the claims of bribery and corruption relied upon circumstantial evidence and “implausibly speculative assumptions.”

The California case stems from a previous lawsuit filed by Limcaco in federal court in Nevada in September 2018 in which she said she was fired after reporting the sexual assault allegations to Wynn Resorts executives.

In his order dismissing the case, Lew seemed skeptical of the connections. He said that Limcaco’s theory is reliant upon a “chain of causation that requires numerous implausibly speculative assumptions” to link the payments to the decision to dismiss.

The Nevada case was dismissed in April 2019 by Judge Miranda Du, who said the claims fell outside of the statute of limitations.

In the California case, attorneys for Limcaco pointed to a series of events in an attempt to paint a picture that Wynn Resorts used donations to a nonprofit law office as a way to influence Du’s decision.

In December 2018, a panel was convened to pick a replacement for a retiring magistrate judge. Buckley, a former Nevada Assembly speaker, was on the panel. Buckley also serves as the executive director of the Legal Aid Center of Southern Nevada, which had received donations from Wynn Resorts dating to 2017.

Before Du’s decision came down, Wynn Resorts lawyer Elayna Youchah, who had filed most of the briefs in the case for the company, had been selected to fill the magistrate judge vacancy. Limcaco’s attorneys argued that Youchah being tapped for the vacancy was Buckley conspiring with Wynn Resorts.

In both cases, Limcaco alleges “an injury ‘by reason of’ the Wynn parties’ longstanding scheme of exerting improper influence over public officials in the manner in which they do business.”

“We alleged that this directly coincided with Wynn’s efforts to salvage gaming licenses in Massachusetts on a $2.6 billion casino project set to open in June 2019. The licenses were threatened with being revoked due to an investigation triggered by the plaintiff. We alleged a pattern of improper influence under the RICO statute, which directly coincided with Wynn’s alleged involvement in lobbying the prior administration in violation of the Foreign Agents Registration Act. We are pleased with the Department of Justice’s recent action against Steve Wynn, which substantiates the veracity of our claims and similarly alleges that Wynn ‘was motivated by his desire to protect his business interests in the (People’s Republic of China),’” Matthews said.

The Department of Justice and Steve Wynn, meanwhile, aren’t expecting to settle a case over Wynn’s alleged failure to register under the Foreign Agents Registration Act.

Wynn has argued that he wasn’t lobbying when he told members of the Trump administration that China wanted the U.S. to extradite Guo Wengui, an exile who has criticized the Chinese government.

In the original Justice Department lawsuit, the government alleged that Wynn in 2017 was acting to protect his casino operations in Macao when he told Trump about China’s position on Guo. Wynn’s attorneys said he passed along the message from Sun Lijun, then the vice minister of China’s Ministry of Public Security. Wynn said he relayed the message as a diplomatic offer, and Trump rejected it.

Since the scandal that saw Steve Wynn step down as Wynn Resorts’ CEO and chairman in 2018, the company has made several changes to its board of directors and corporate policy toward reporting sexual harassment.

But Matthews said the allegations are not based on any recent changes to the company.

“Any recent changes are irrelevant to the organization’s alleged history of improper conduct and influence,” Matthews said in a statement.

This story was updated to correct the location of the court hearing.