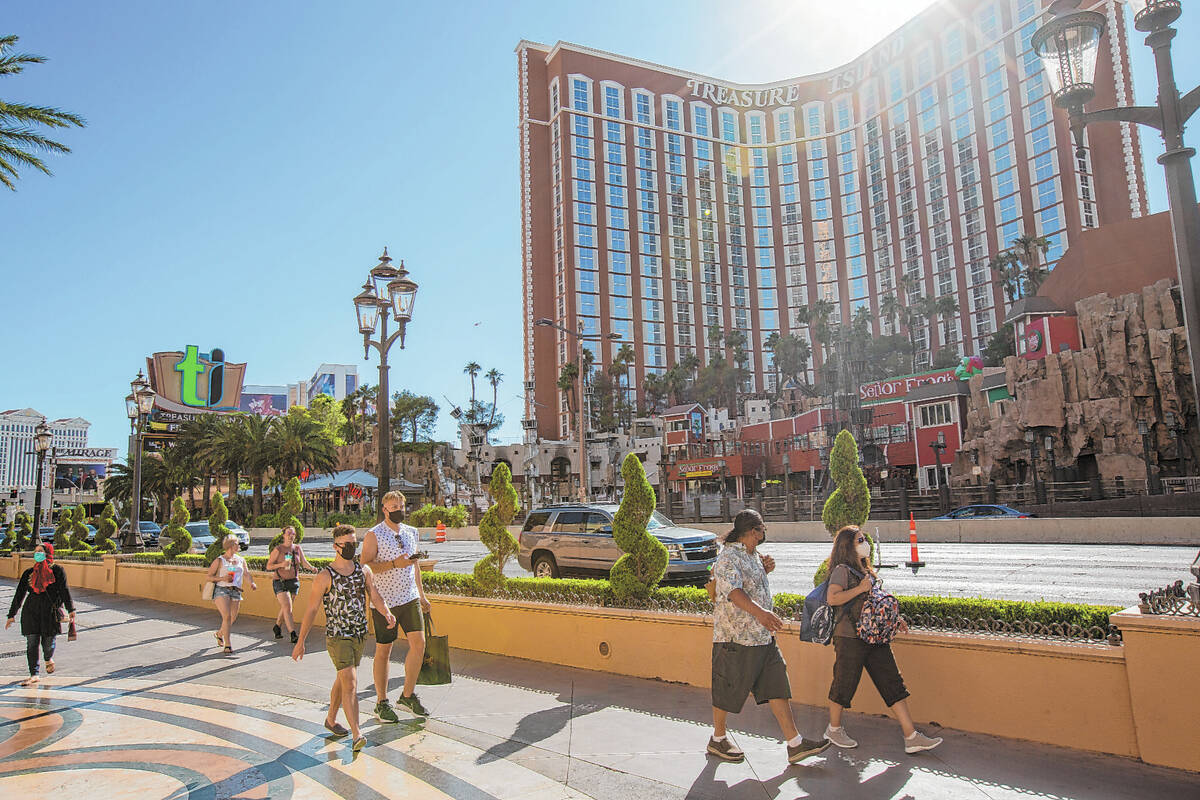 People walk down the Strip in front of Treasure Island in Las Vegas on Friday, July 3, 2020. (Las Vegas Review-Journal)

Agents with the Nevada Gaming Control Board spent two weeks tracking down an Arizona man who left Las Vegas without realizing that he had won a $229,000 progressive slot machine jackpot.

Control Board officials aren’t disclosing Robert Taylor’s hometown but confirmed Friday that he is collecting $229,368.52 from Treasure Island this weekend.

Control Board enforcement officers said they could not recall another time when they were called upon to track down a jackpot winner.

On the evening of Jan. 8, Taylor was playing a progressive slot machine at Treasure Island when a communications glitch on the machine prevented him and casino floor personnel from determining whether he had won the jackpot.

By the time an extensive review of the slot machine and the communications technology was completed confirming the jackpot had been won, Taylor had returned home to Arizona – and no one knew the identity of the winner.

At that point, the board initiated an extensive investigation conducted by multiple agents of the board’s Enforcement Division, to find the identity of the patron.

The investigation included the review of multiple hours of surveillance footage across multiple gaming properties, numerous witness interviews, a study of electronic purchase records and an analysis of ride-hailing information from the Nevada Transportation Authority.

The investigation determined Taylor was the lucky player.

On Jan. 28, Taylor was officially notified of his jackpot.

“The Nevada Gaming Control Board is charged with the strict regulation of the gaming industry, the protection of the gaming public, and ensuring that the industry benefits the state of Nevada,” said enforcement agent Dan Nuqui, who spent two weeks tracking down Taylor.

James Taylor, chief of the board’s Enforcement Division, thanked the Nevada Transportation Authority for helping locate Robert Taylor through its ride-hailing records and said the effort was “a great example of government working together for the benefit of the public.”