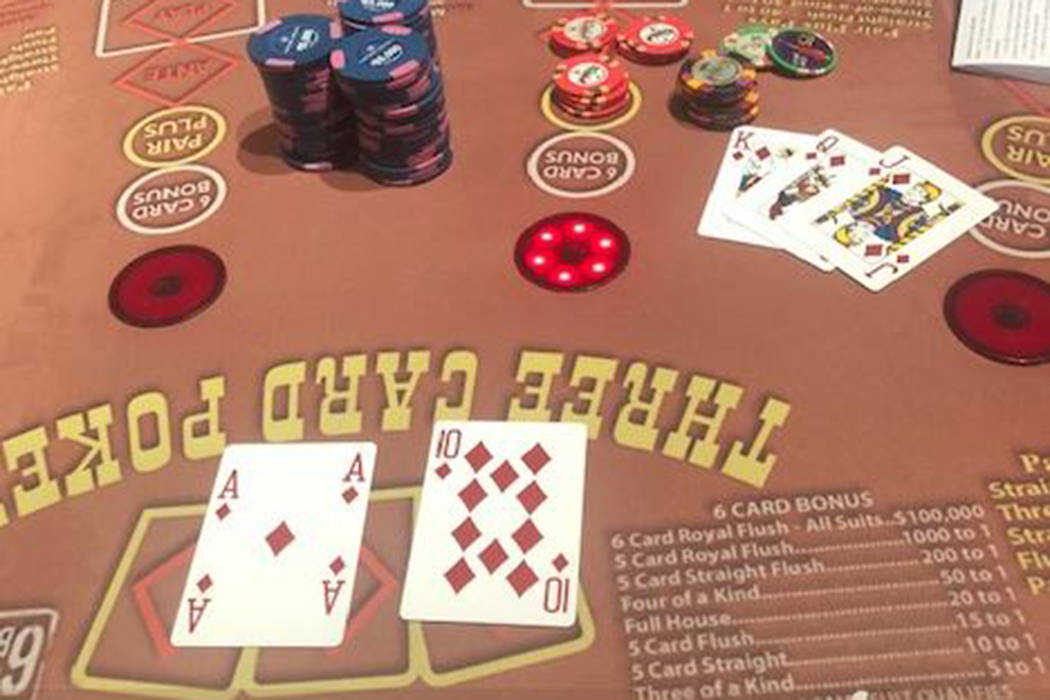 One man didn’t have to sit through hundreds of “Shuffle up and deal” calls to earn his fortune in Las Vegas. He just needed a $5 side bet and the luck of the draw.

The card player won $1,469,237 after connecting on a royal flush Monday night at a Three Card Poker table at Caesars Palace.

The winning hand hit at 11:30 p.m., and the winner chose to remain anonymous, according to Chelsea Ryder, director of public relations/hospitality for Caesars Entertainment.

Monday’s win makes seven table game jackpots of $1 million or more hit within the past nine months across Caesars’ Nevada properties, according to Ryder.