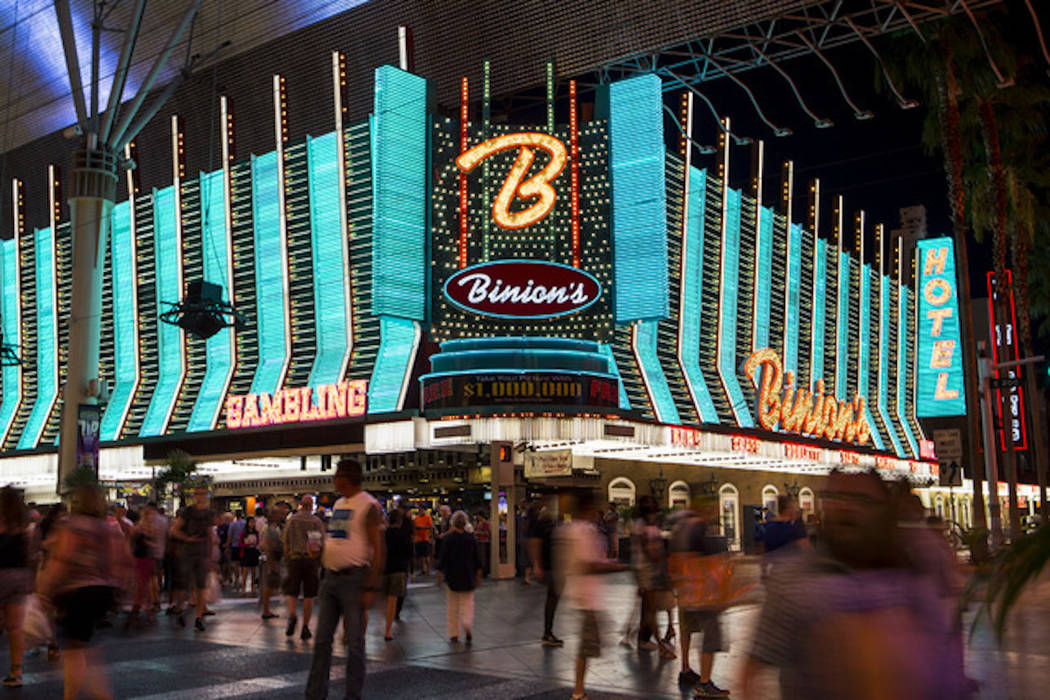 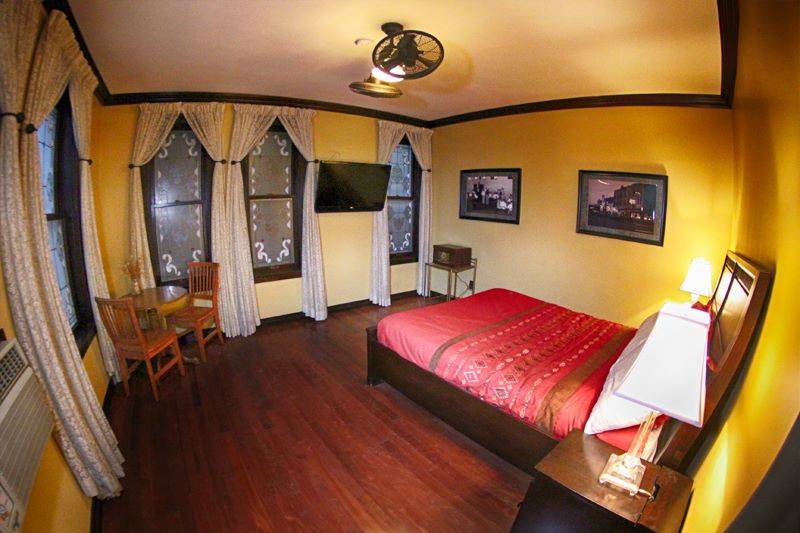 The property, operated by TLC Casino Enterprises, will open 81 of the more than 350 rooms shuttered at Binion’s in 2009 during the Great Recession as a boutique offering to be known as the Apache Hotel at Binion’s. Hotel Apache was one of the original names on the building once owned by the Binion family.

The hotel will feature vintage-style furnishings reminiscent of the original Hotel Apache that opened in 1932, company representatives said in posts on Facebook and Instagram.

Company officials also announced they would add a 6,500-square-foot, full-service saloon that will have a rotating bar as its centerpiece to be known as Whiskey Licker Up above the existing Whiskey Licker Bar on Binion’s southwest corner.

The rotating bar at Whiskey Licker Up will orbit once every 15 minutes, Lager said, with one end having a view of the First Street Stage at the Fremont Street Experience. Bar and balcony seating will be behind removable glass at eye level to zipline riders along Fremont Street.

The venue will seat about 25 with standing room for about 50. It will have a dance floor as well as a mechanical bull.

Both projects are expected to be completed by summer.

“The timing is right to do this,” Tim Lager, general manager of Binion’s, said Tuesday.

The company had made initial plans to expand Binion’s, but those plans were dashed by the recession. Lager said with Southern Nevada’s rebounding economy it was appropriate to upgrade and launch expansion plans.

The cost of the investment was not disclosed.

The improvements at Binion’s joins several other expansion projects in downtown Las Vegas.

The Downtown Grand, in January, announced plans to build a 495-room hotel tower expected to be completed in mid-2020.

Less than a week later, Derek and Greg Stevens announced plans for a new 777-room hotel, Circa, to be completed by the end of 2020.

Downtown’s convention facilities are expected to be enhanced by the summer of 2020 after last week’s groundbreaking for the 315,000-square-foot Expo at World Market Center Las Vegas.

Those projects will join downtown’s first permanent outdoor equestrian center, the Core Arena, which opened adjacent to the Plaza in December.

In addition, over several years, Boyd Gaming Corp. has renovated hotel rooms, redesigned and modernized the casino floor and added restaurants and a sportsbook at the California Hotel.