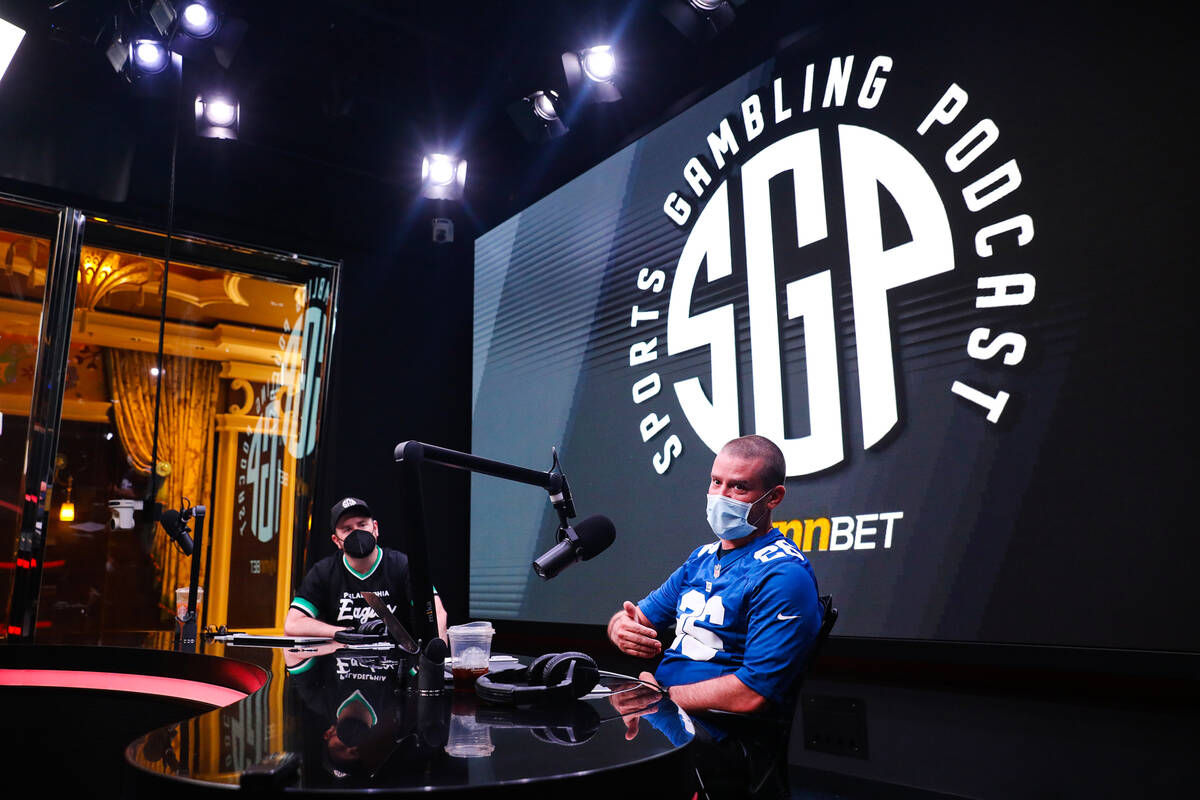 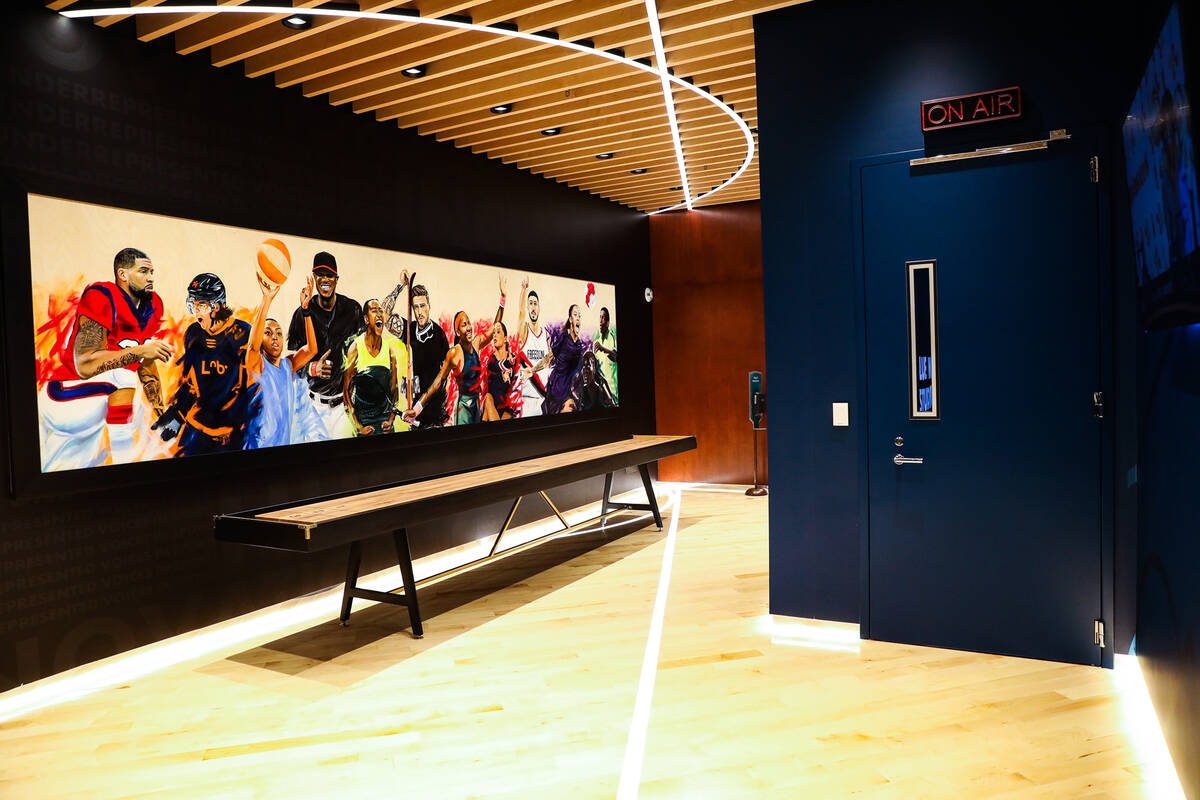 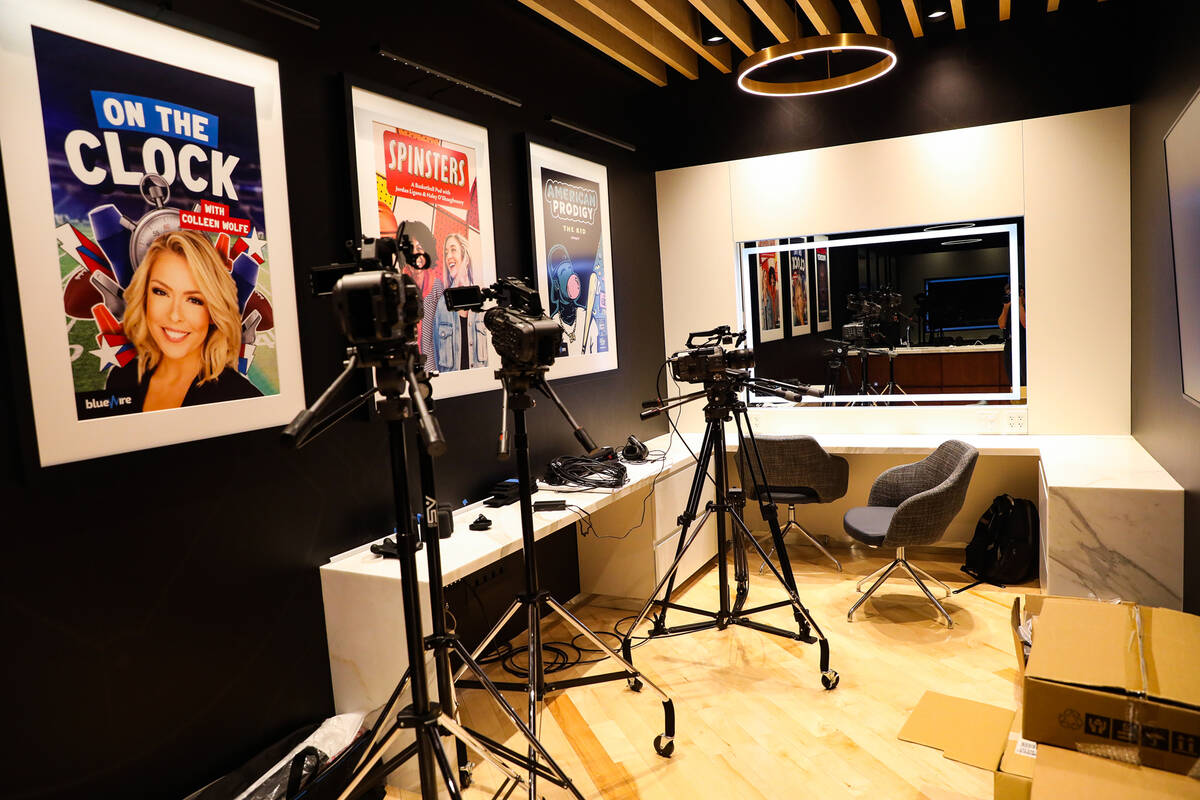 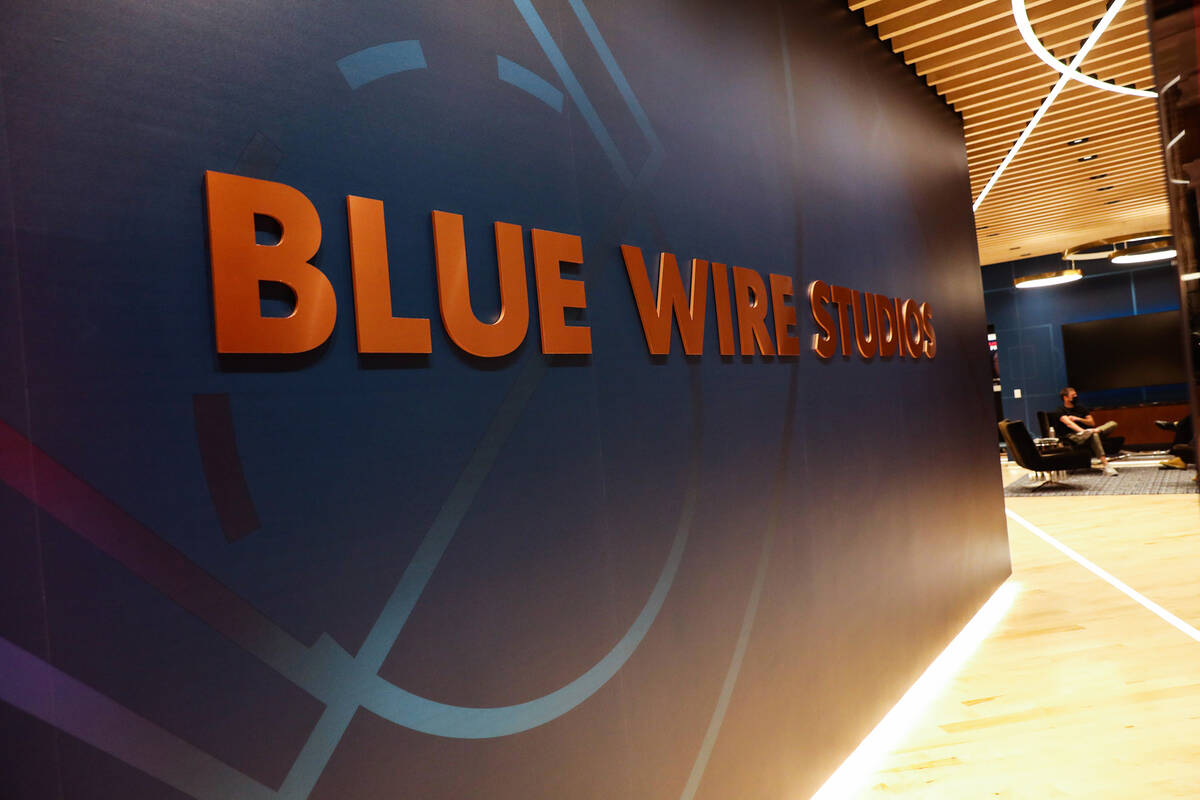 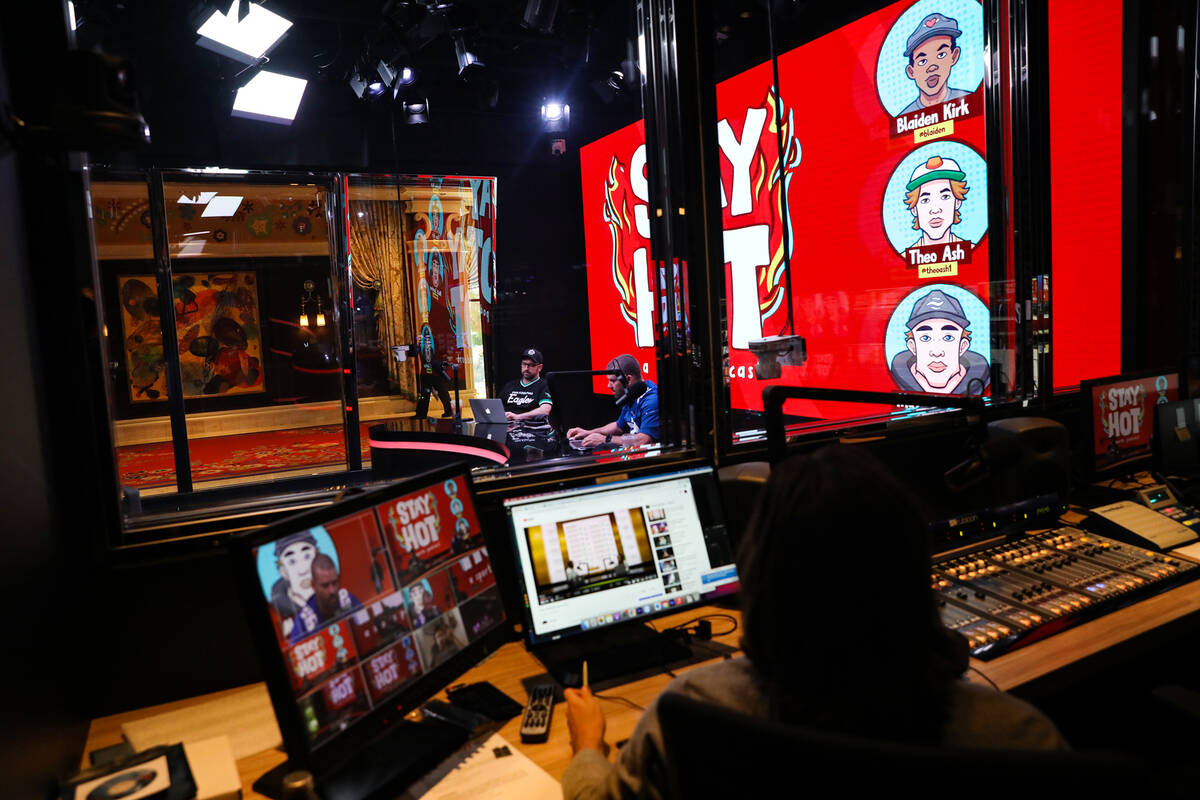 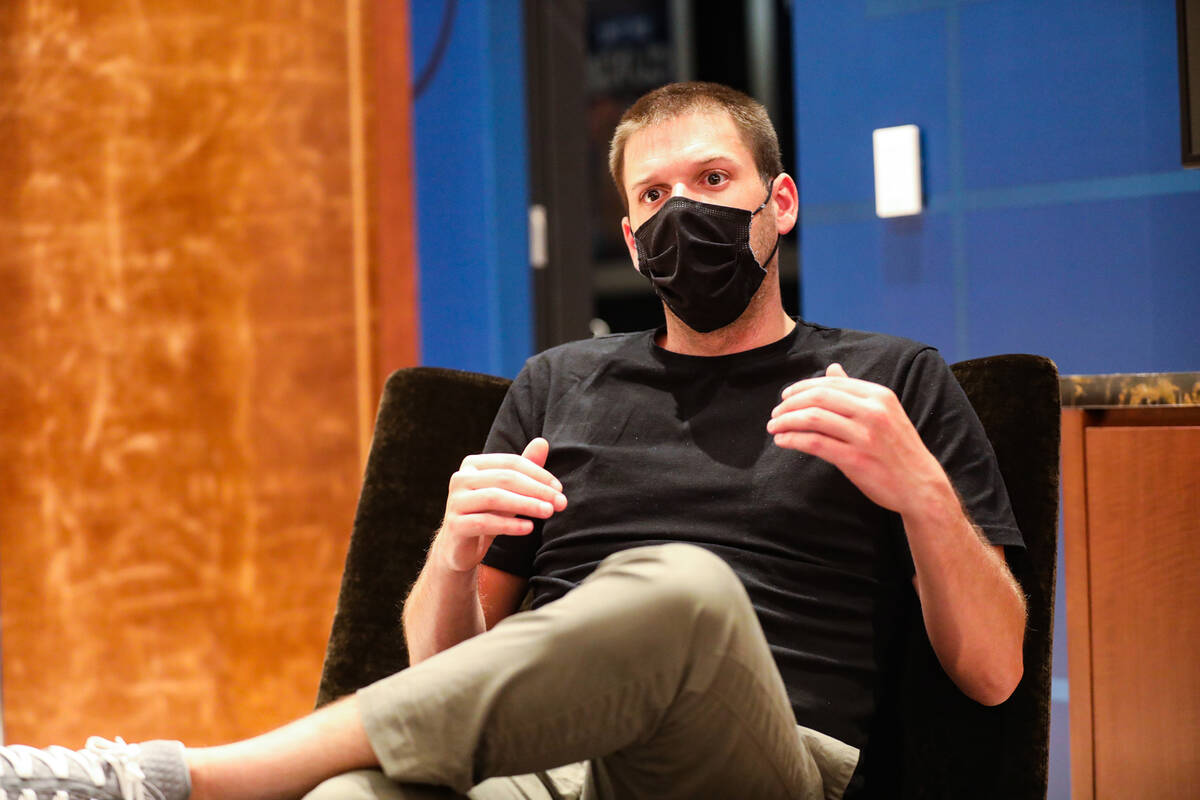 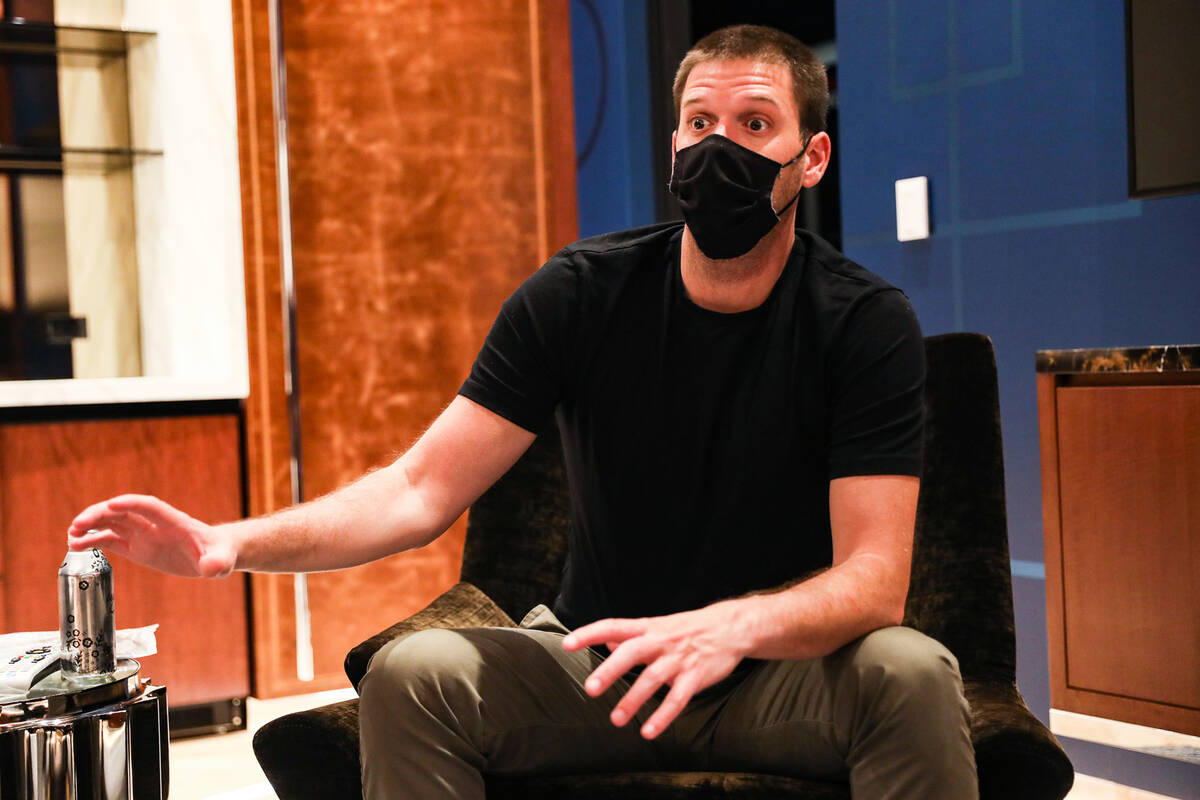 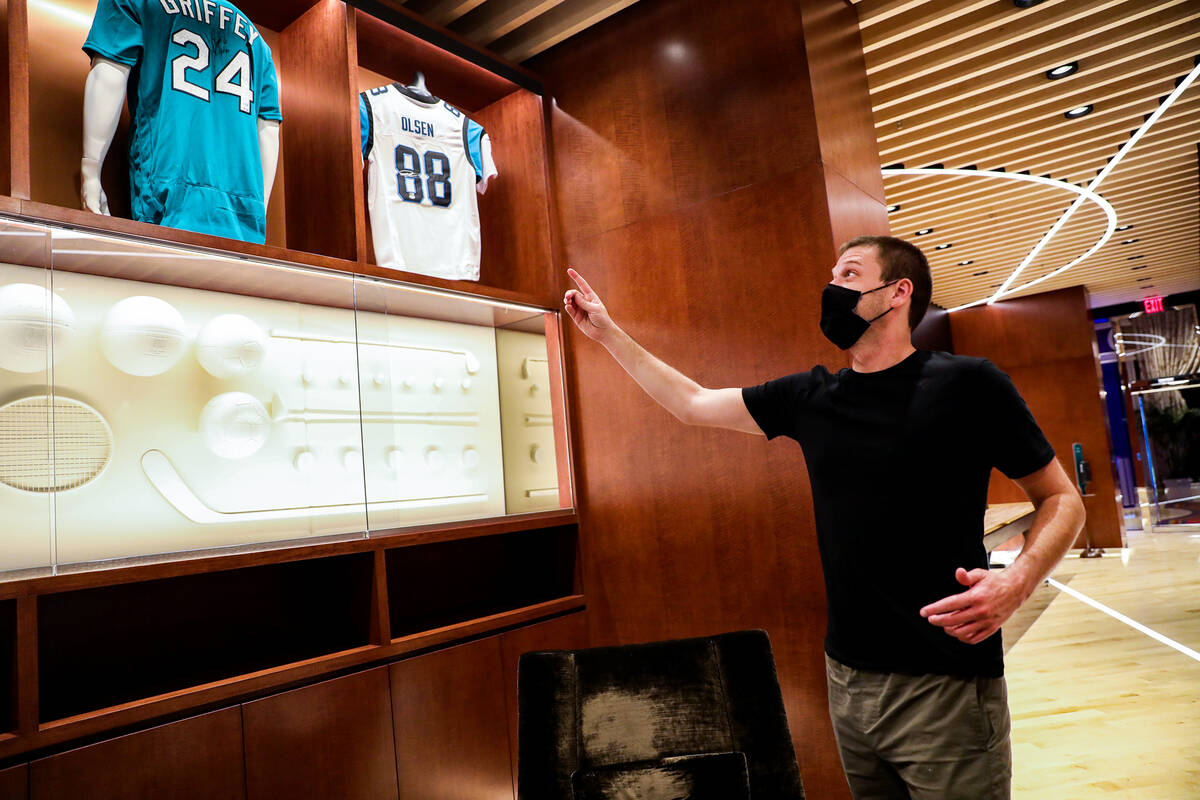 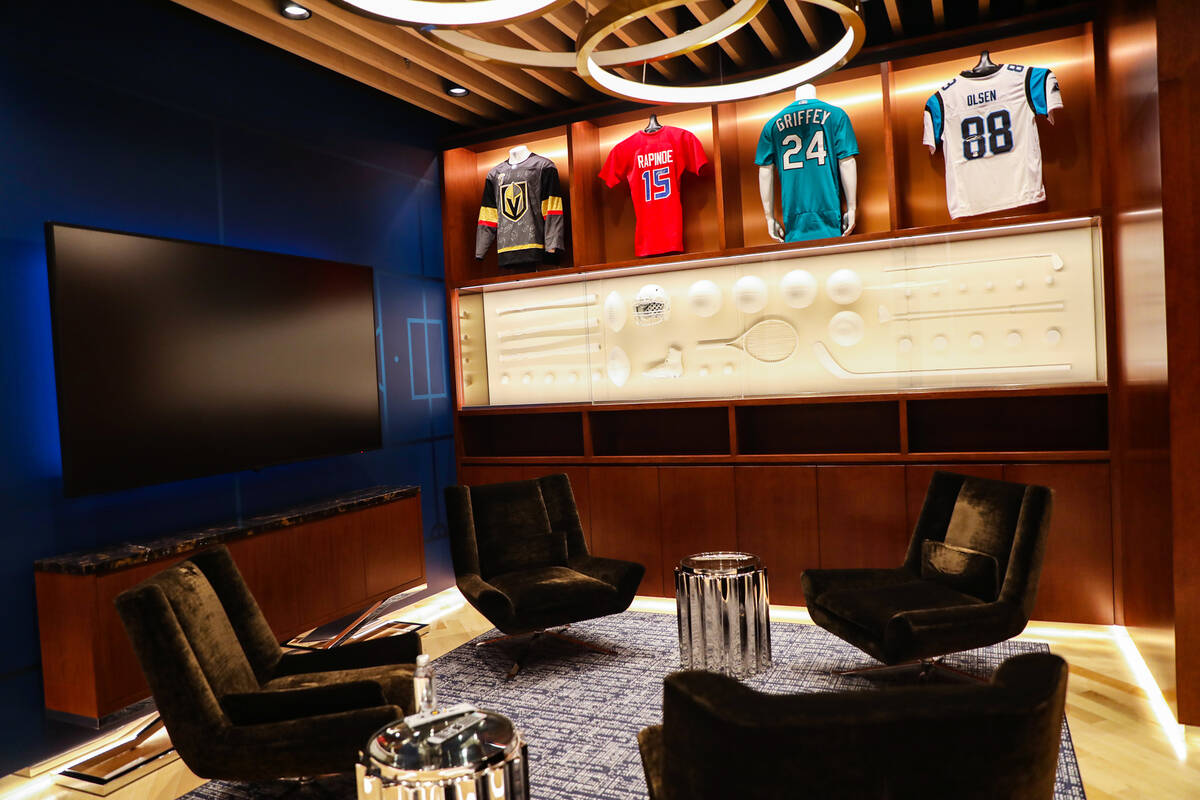 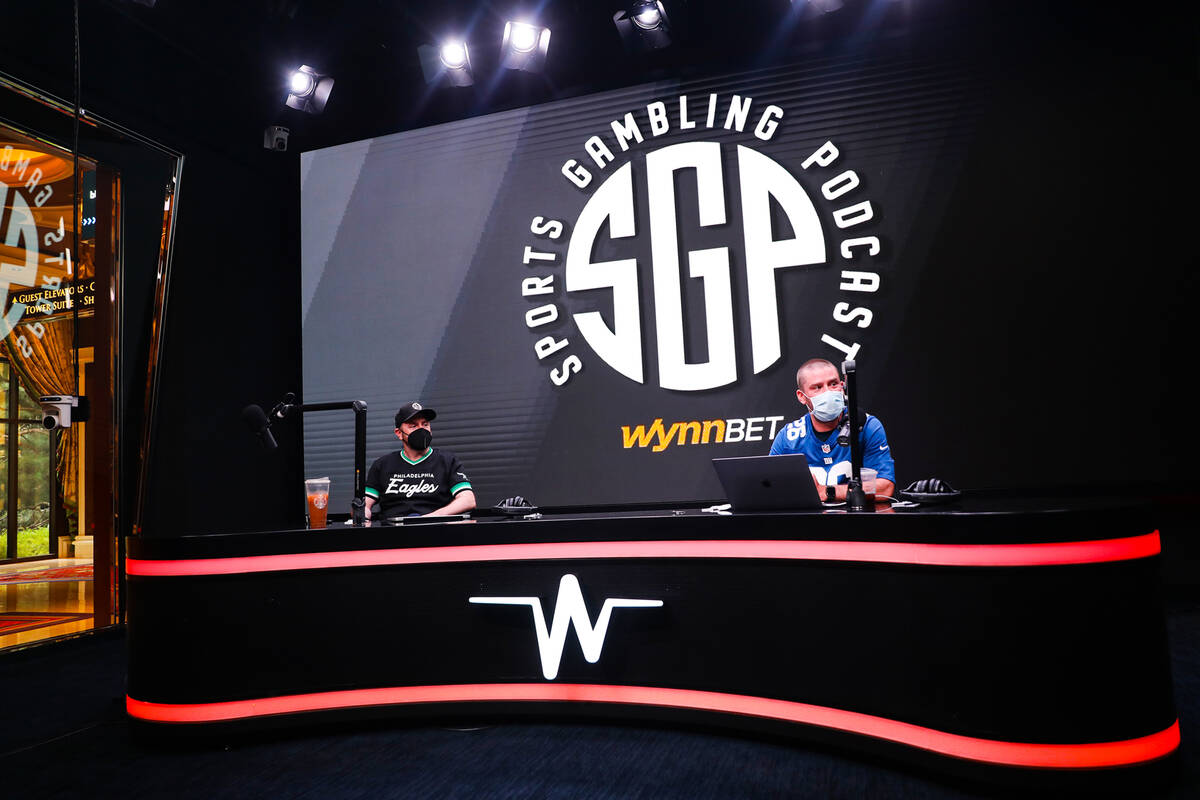 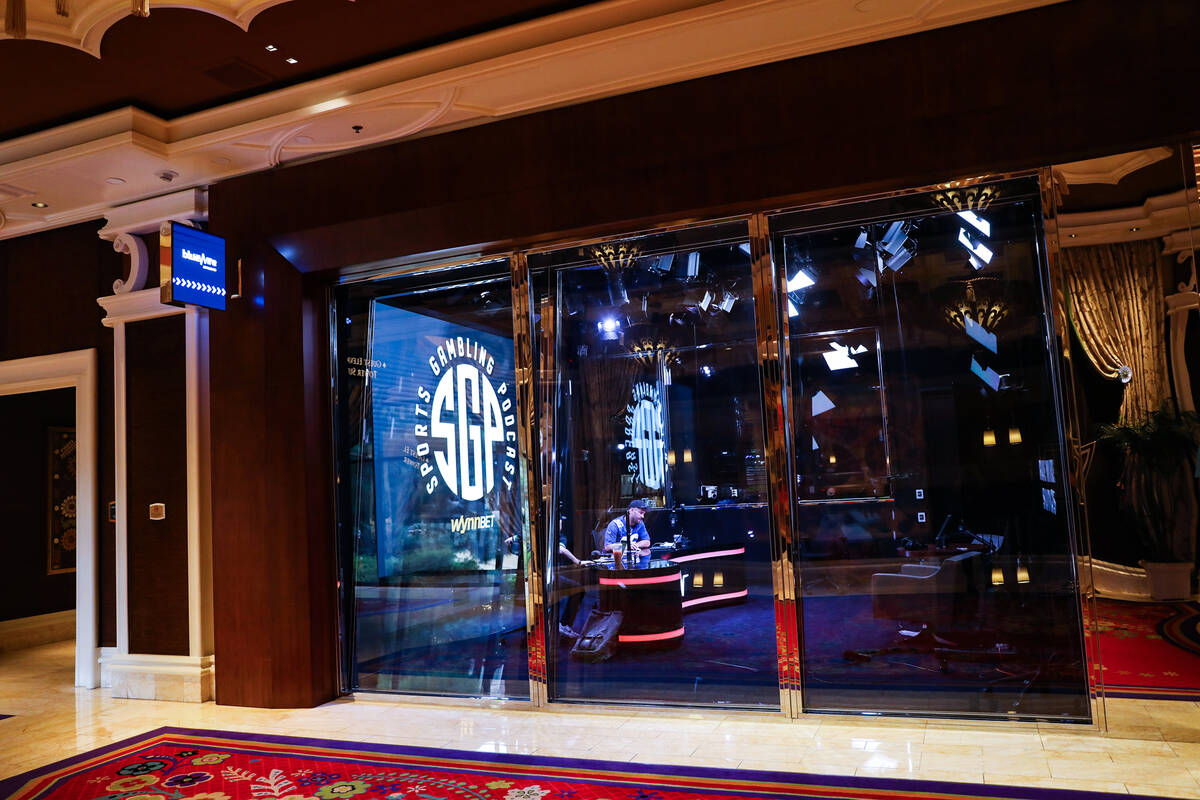 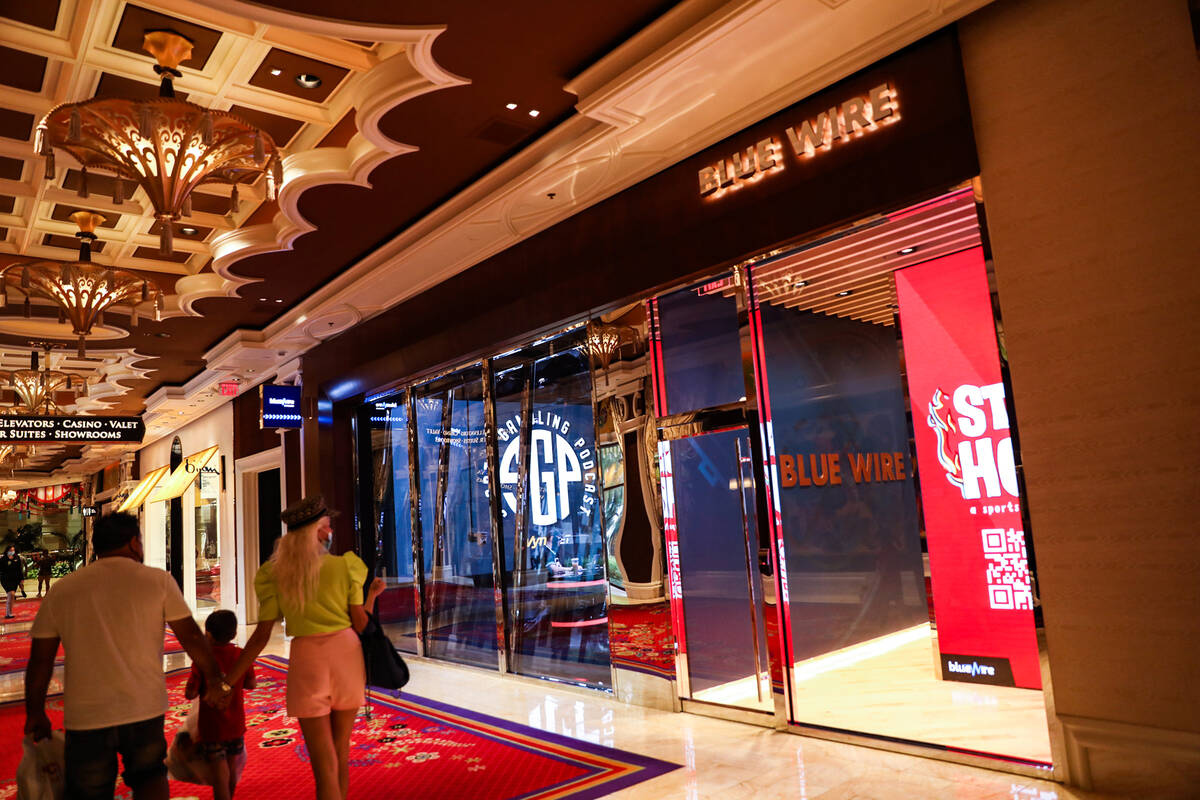 It isn’t enough just to offer sports betting these days.

Corporate executives are finding they need to find different ways to engage an audience. One way to do that is to connect the betting public to personalities who eat, drink and sleep sports and have developed a following through podcasts about sports.

The studio is designed to bolster WynnBET brand awareness and produce storytelling-based content in partnership with Blue Wire, which has several on-air personalities.

Wynn has invested $3.5 million to build a studio on the property and on Thursday, just hours before the National Football League regular season officially began, Blue Wire showed off its studio to the Review-Journal. It’s located across from La Cave Wine and Food Hideaway in one of the retail corridors linking the Wynn Las Vegas casino with the Wynn Golf Club.

“This used to be a jewelry shop,” said Blue Wire co-founder Kevin Jones. “The Wynn design team is unreal and turned this area into our studio.”

Jones said he feels fortunate that Wynn executives tapped him on the shoulder to propose becoming the company’s content producer in a three-year deal.

The studio includes a floor-to-ceiling glass front so the public can watch podcasters at work. Blue Wire currently produces 175 podcasts, most involving sports. Some productions include celebrities and current and former athletes. Some are geared to follow specific sports teams.

Jones emphasized the goal is to entertain and to produce content that will resonate with sports bettors.

In addition to the studio at the Wynn, the Blue Wire operation has a green room for on-air personalities, an art piece depicting images of some of the athletes who work with the company and a small lounge to talk business.

COVID-19 has disrupted some plans, but Jones hopes to eventually host listener parties and bring more athletes and personalities to the studio for appearances.

One podcast team, Sean Green and Ryan Kramer, was at work Thursday at the Blue Wire studio.

The two are celebrating their 10th year together hosting the aptly named “Sports Gambling Podcast.”

Blue Wire’s fishbowl design — passersby in the hallway outside can peer through the windows into the studio — makes for free advertising in a city where visitors come to wager on sports, Green said.

“When we were doing the podcast yesterday, some guy yelled, ‘Go Birds,’ because I was wearing an Eagles jersey,” Green said. “And then I ran into him, I gave him a card, and I’m like, ‘ Check out the podcast.’”

“I haven’t seen a single person walk by this and not look in,” Kramer added.

“Now, if you’re a media company that does sports, you have to have some sort of gaming content,” Kramer said.

They’ve also since upgraded their studio setups, Green said. They rent office space in their home of Los Angeles and can work out of the “next level” Blue Wire studio in Vegas.

Green said he believed in Jones’ vision for Blue Wire, the studio investment and the partnership with WynnBET.

The nationwide explosion of sports betting has resulted in an equally massive expansion of sports broadcast and podcast content. In Las Vegas, several outlets are providing similar shows and personalities.

The development of broadcast studios is a trend in sportsbooks. In January, MGM Resorts International’s BetMGM partnered with The Athletic, which specializes in sports content and podcasts.

In downtown Las Vegas, the three-story sportsbook at Circa hosts the Vegas Stats and Information Network with live broadcasts and podcasts.

Jones said he hopes to differentiate his operation from others with entertaining podcasters that can reach a general audience. The goal, he said, is to find the “sweet spot” of being entertaining without offending people.

“We’re playing safe. We’re not into toilet humor,” Jones said. “But we do like to cross the line. Sometimes we know where the line is. We don’t like to be offensive but we do like to be funny and sarcastic. You want to have a hot take that isn’t hot enough to get you canceled, but you don’t want a cold take that nobody hears.”

Since Blue Wire’s inception in August 2018, the company has grown to 35 employees and gets 6 million podcast downloads monthly.

Jones also is proud of his company’s diversity and inclusion on social issues.

This story has been updated to reflect the correct year that Blue Wire was founded.