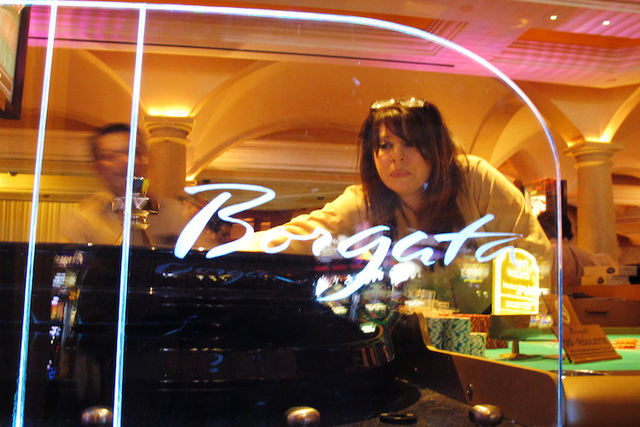 The 2,802-room property has been operated as a joint venture between the two companies under a partnership that owned Marina District Development since it opened in 2003. The resort is the largest hotel in New Jersey with the top-grossing casino in Atlantic City.

The deal, which is expected to close in the third quarter, includes the Borgata casino and hotel, and its nongaming Water Club hotel next door in the city’s Marina District.

Boyd, which recently expanded its locals market portfolio in Las Vegas with the acquisition of the Aliante, Cannery and Eastside Cannery properties in the last two months, will receive $600 million for its share of the Borgata plus half of any future tax settlement MGM reaches with Atlantic City and shift debt on the property which MGM plans to refinance.

For MGM, it’s a play to capture a greater share of the East Coast market. The company is in the process of developing MGM National Harbor in Maryland and MGM Springfield in suburban Boston.

For Boyd, it’s an opportunity to reduce debt and strengthen the company’s balance sheet, accelerating the timeline for reaching a leverage target of four to five times debt to adjusted cash flow.

“Borgata is the premier resort in Atlantic City and a great addition to our growing presence in the Northeast,” Jim Murren, chairman and CEO of MGM Resorts International, said in a statement announcing the transaction.

“While the market continues to experience challenges, Borgata has outperformed and differentiated itself as the undisputed leader in the city. Our decade-long partnership with Boyd Gaming has been a great one, and Borgata’s talented employee base will complement and strengthen our more than 60,000-member worldwide MGM Resorts team.”

Keith Smith, president and chief executive officer of Boyd Gaming, said, “The development and opening of Borgata in 2003 was an important step in the evolution and growth of Boyd Gaming.”

“Under our leadership, Borgata firmly established itself as the East Coast’s most popular and successful entertainment resort throughout the last 13 years. While we are pleased with the performance of this property, this transaction is an attractive opportunity to immediately unlock significant value for our shareholders.”

Between 2010 and 2014, it appeared that MGM was going to sell its half of the Borgata and leave the New Jersey market after the New Jersey Division of Gaming Enforcement found Pansy Ho an unsuitable partner for MGM in its Macau operation.

Then Ho, a daughter of Chinese gaming mogul Stanley Ho, reduced her holdings in MGM’s venture in Macau. In 2014, the New Jersey Casino Control Commission reversed its 2010 ruling that would have required MGM to sell its assets in the state.