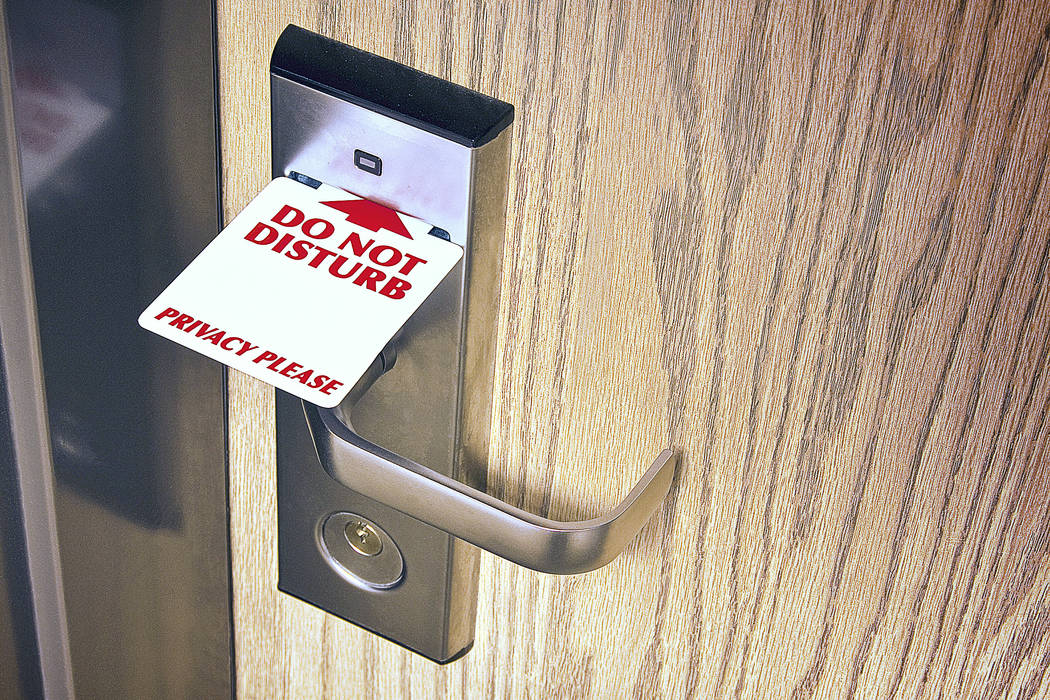 Boyd Gaming Corp. is informing guests at all its properties that hotel personnel will enter a room if a “Do Not Disturb” sign is left on a door for more than 48 hours.

The change comes after Mandalay Bay guest Stephen Paddock kept housekeeping out of his room for about three days, enabling him to convert the suite into his personal armory with 23 guns. Paddock used them to spray gunfire onto a nearby crowd Oct. 1, killing 58 people.

“We are advising people upon check-in that we will conduct a safety and welfare check after a ‘Do Not Disturb’ sign has been in place for two consecutive days,’’ Boyd spokesman David Strow said. “That is a policy that applies to all of our properties.’’

Mandalay Bay has been criticized for allowing Paddock’s room to go unchecked for several days and not spotting the unusually large number of bags taken to his room, prompting Las Vegas properties to re-evaluate their own security procedures.

Steve Wynn said last month in an interview with Fox News that his properties already had a policy in place to investigate rooms if a “Do Not Disturb” sign was on a door for more than 12 hours. Wynn spokesman Michael Weaver said Oct. 11 in a statement to the Las Vegas Review-Journal that policy was implemented “shortly after the recent tragedy.”

Weaver did not immediately reply to questions Tuesday whether guests are now informed of that policy.

Station Casinos spokeswoman Lori Nelson declined to comment on specific measures the operator is taking. The company “regularly reviews and modifies” its security policies to evolving circumstances ”and of course are doing so in light of recent events in Las Vegas,” she said.

The Cosmopolitan of Las Vegas, MGM Resorts International and Golden Entertainment did not immediately respond to a request for comment.