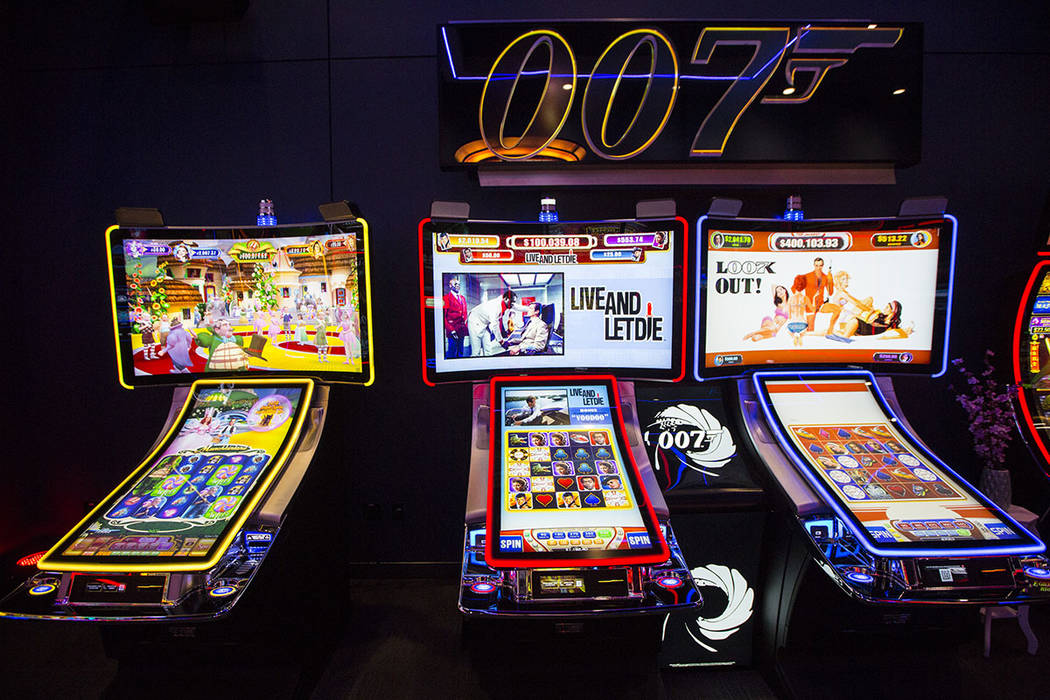 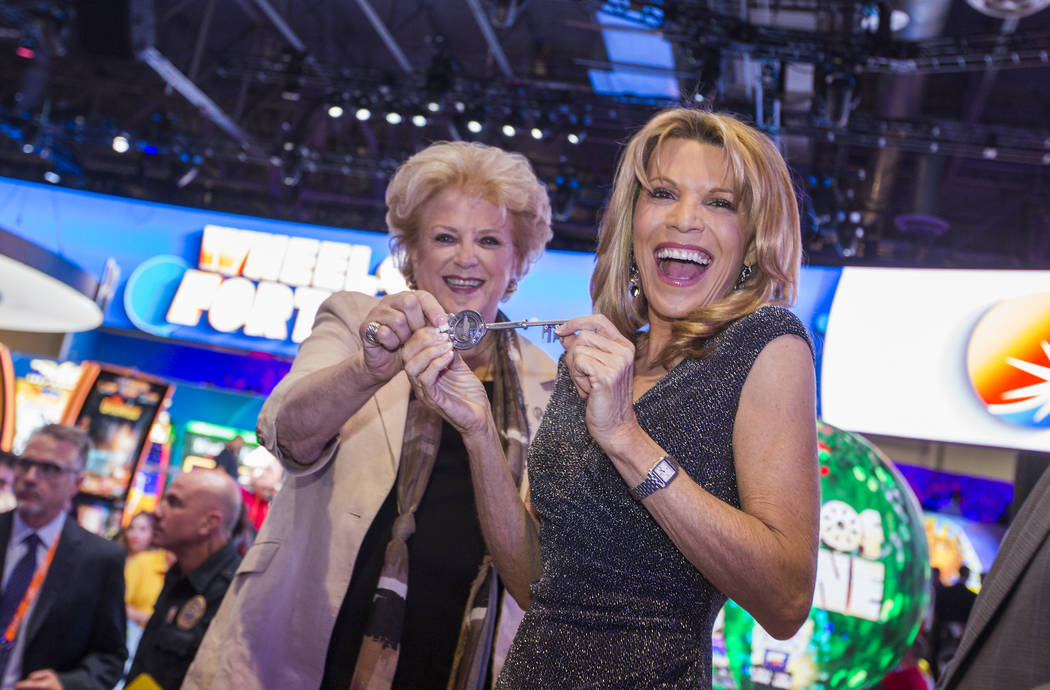 The average slot floor on the Strip is full of familiar faces: Gene Wilder’s Willy Wonka. Elijah Wood as Frodo Baggins from “The Lord of the Rings.” Pac-Man himself.

It’s no coincidence that slot floors are full of familiar brands, according to experts. Not only do they attract fans, but they can make the game itself feel more familiar.

Of the top 25 grossing parent games last month, 12 had a theme based on some sort of brand or celebrity, according to a report from Eilers & Krejcik Gaming. That includes titles like Aristocrat’s Farmville, Everi Holding’s Shark Week and Scientific Games’ James Bond games.

These types of games are especially appealing to visitors in destination markets like Las Vegas, according to Todd Eilers, principal at Eilers & Krejcik Gaming.

“They’re not as much for the locals or hard core players. They’re more for your casual, non-hardcore gambler who might be attracted to the games by the brand,” Eilers said.

The licensing movement has been going on for decades at this point, after starting in the in mid-1990s with IGT’s Wheel of Fortune game, according to Prater.

“Brands are proven to draw players to the game after their initial release because of the familiarity of the title,” he said. “The branded games come with a premium price and operators are happy with that as long as there is premium performance.”

Manufacturers are still looking for premium-performing brands to this day; a host of new licenses were on display at this year’s Global Gaming Expo, including updated versions of IGT’s “Wheel of Fortune” game and other game show titles like “Jeopardy!” and “The Price is Right.”

Twenty-three years after its initial release, Wheel of Fortune is still one of IGT’s most popular titles, according to Nick Khin, chief commercial officer of gaming. It has since been upgraded to include versions such as Wheel of Fortune 4D.

Players “associate it with winning,” Khin said. “You get contestants winning on the TV shows. And they’re familiar with the game. We’re very careful to be very true to the brand.”

Movies and popular TV shows are other source for licensed brands, according to Phil O’Shaughnessy, vice president of global communications at IGT. He said manufacturers can easily incorporate iconic moments into the game, such as fitting a movie scene into a bonus round.

“It’s just a question of making sure there are elements within that licensed theme that apply directly. It may be even a small token of an icon, something artistic,” he said. “We want that same show experience, same movie experience, to entertain and engage the player when he or she sits down at the slot machine. … It has to be authentic.”

He said the IGT team goes to Las Vegas’ annual licensing show to find new brands, and have established a department specifically focused on licensing.

“We do a considerable amount of research on these licensed themes,” O’Shaughnessy said. “If (a brand) doesn’t have something inherent in it that speaks to game play, excitement, winning, entertainment, then it might not make the cut.”

Cathryn Lai, vice president of product management for Scientific Games, said longevity is one of the most important aspects for the company when it partners with brands. One of the company’s most popular games is its Monopoly-themed titles — the partnership has been around for about 20 years.

“Our approach is, let’s find these classic brands that actually have longevity,” she said, pointing out the company’s new Wizard of Oz game.

It’s important for manufacturers to understand their audience when selecting brands. Choosing something that resonates with a woman between 40 and 60 — the core slot player demographic — is likely going to be much more successful, according to Eilers. “Anything that fits well within gaming — like Wheel of Fortune or Monopoly — fits well. But it could be movies, singers.”

But even with the perfect brand, Prater said, the game itself has to be good to capture a player’s long-term interest.

“The players will always decide with their wallets what stays on the casino floor and what goes,” he said.