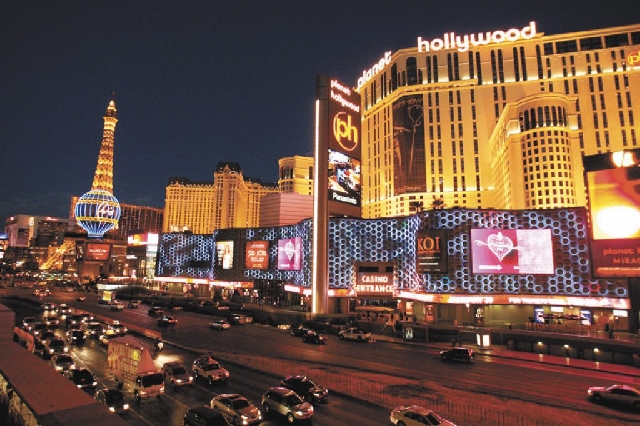 Caesars Entertainment is creating a separate company that will include Planet Hollywood, its interactive gaming business and a planned casino in Baltimore. The new company will be owned by Caesars Entertainment, the company's stockholders and private equity firms Apollo and TPG.

Caesars Entertainment Corp. said Tuesday that it will spin off its interactive gaming business, Planet Hollywood and a planned casino in Baltimore into a separate company owned in part by the casino operator, the company’s stockholders and private equity firms Apollo and TPG.

Apollo Management and TPG Capital are expected to invest a combined $500 million in cash into Caesars Entertainment as part of the deal, which would create a “growth-oriented entity” controlled by Caesars Acquisition Co., a company created to facilitate the transaction.

Caesars Interactive CEO Mitch Garber will serve as CEO of the acquisition company and continue in his role with the interactive division, which owns the World Series of Poker.

In a statement, Caesars Entertainment, which has long-term debt of more than $20 billion, said the transaction would allow the company to fund growth opportunities in “a less levered and more flexible vehicle.”

Caesars Entertainment will continue to operate the WSOP, Planet Hollywood, and Horseshoe Baltimore, which is expected to open next year. Caesars also will contribute management fees earned from those businesses into the new entity. The company owns Horseshoe Baltimore in partnership with Rock Gaming of Detroit.

“The transaction is an important step in our ongoing efforts to improve the company’s balance sheet and position ourselves to make strategic investments,” Loveman said. He added that the growth company has a “simple and flexible capital structure.”

Union Gaming Group Managing Director Bill Lerner supported the initiative but said the transaction may underprice the worth of Caesars Interactive. The company operates legal Internet gaming websites under the World Series of Poker brand with partner 888 Holdings. The companies plan to launch pay-for-play World Series of Poker websites in the U.S., including Nevada and New Jersey, as markets open.

“The market clearly applauded the deal with shares of Caesars soaring on the news,” Lerner told investors in a research note.

“A potential criticism is that it undervalues Caesars Interactive, however, since operating metrics are unclear, it’s challenging to back into a market multiple on the purchase,” Lerner said.

Other analysts speculated the growth company could be spun off into a separate publicly traded business at some point. Caesars is expected to own at least 57 percent of the growth company, but the stake could increase to 77 percent.

Investors responded positively to the news with shares of Caesars Entertainment gaining $3.41, or 27.3 percent, to close Tuesday at $15.90 on the Nasdaq. Volume was slightly more than 4 million shares, about four times the average.