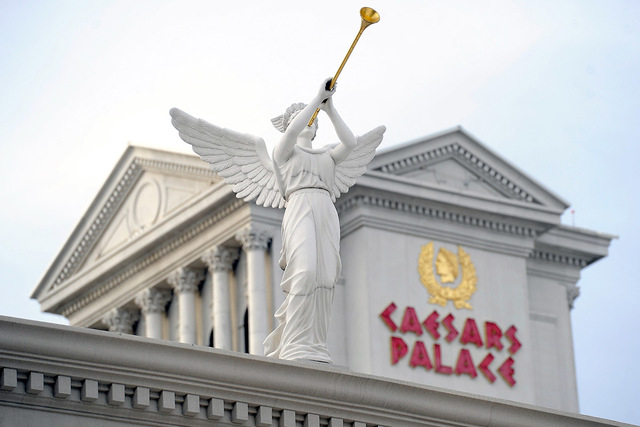 A statue on display is seen in front of Caesars Palace hotel-casino on Thursday, Dec. 11, 2014, in Las Vegas. (David Becker/Las Vegas Review-Journal) 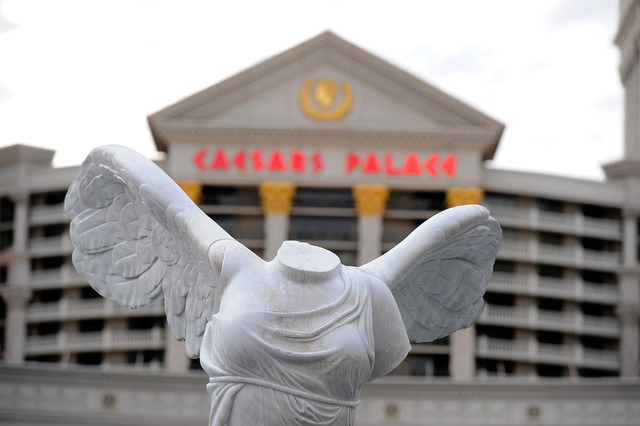 The Victory of Samothrace statue is seen on display in front of the Caesars Palace hotel-casino on Thursday, Dec. 11, 2014, in Las Vegas. (David Becker/Las Vegas Review-Journal) 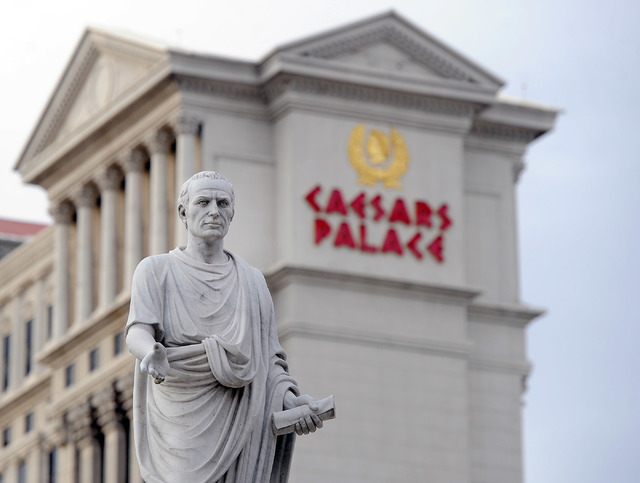 A statue on display is seen in front of Caesars Palace hotel-casino on Thursday, Dec. 11, 2014, in Las Vegas. (David Becker/Las Vegas Review-Journal)

Caesars Entertainment Corp. said Friday several creditors exited discussions with the casino operator over a large portion of the company’s gaming industry high debt, leaving investors doubting the success with talks that have been ongoing since September.

Much of the drop-off came after Bloomberg News reported Friday morning that the company’s top creditors had with withdrawn from discussions concerning Caesars Entertainment Operating Co., the business unit that holds more than 80 percent of the company’s overall $22.8 billion debt total.

In a filing with the Securities and Exchange Commission, Caesars several first-lien bank lenders had left the talks, but said it “believed an oral agreement in principle had been reached between certain parties.”

The company said any additional talks would be “with respect to finalizing the material economic terms of a restructuring.”

Sources said a framework to a restructuring agreement includes a prepackaged bankruptcy covering CEOC and moving the casinos controlled by CEOC into a real estate investment trust.

Caesars will have to determine if the company will move forward with the bankruptcy — expected sometime in January — without its highest-ranking lenders signing off on the package. The firms that ended the talks will no longer have restrictions that prevented them from trading Caesars debt.

Analysts from Fitch Ratings Service believe Caesars’ financial structure is too complicated to be resolved in a prepackaged bankruptcy.

The REIT concept would split CEOC into two companies, including one to own the real estate for many of the company’s casinos, including Caesars Palace and Caesars Atlantic City. A second company would manage the properties.

Other analysts have also expressed support for the REIT idea. However, the company said in a Securities and Exchange Commission filing on Nov. 19 the REIT concept had been “superseded” by other proposals.

Caesars did not mention the REIT in Friday’s filing, nor did it name the lenders that withdrew from the discussions.

Before Thanksgiving, a creditor group led by UMB Bank — which is owed $1.25 billion — filed a lawsuit in Delaware, demanding that Caesars corporate executives be removed from control of the company. UMB remained involved in the negotiations.

The current restructuring plan offers the first-lien debt holders nearly 100 percent recovery. Second-lien bondholders will get an undisclosed amount of equity in the new company.

This week, an analyst for JP Morgan & Chase told investors Caesars would miss a $224 million interested payment on Monday in preparation for the bankruptcy filing.

Caesars’ debt has been on the company’s books since 2008 when the it was taken private in a $30 billion leveraged buyout by TPG Capital and Apollo Global Management.

Caesars is now the nation’s largest casino operator, with almost 40 properties in 14 U.S. states and the Canadian province of Ontario. The company owns 10 hotel-casinos on or near the Strip.